United boss Steven Pressley gave us his reaction to the disappointing away defeat at Newport shortly after full time on Saturday evening. 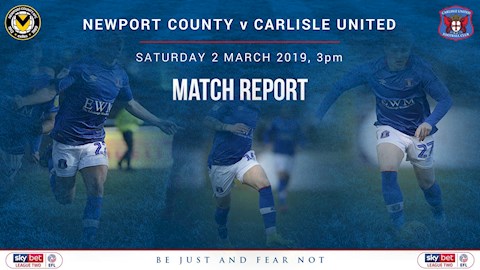 MATCH REPORT: Summary of the Saturday afternoon away game

“I think the game itself was quite an even contest,” he said. “Unfortunately it was decided by two moments, and they were from two set plays.

“We said before coming here that we would need to be aware of situations like that and that we’d need to deal with them. We’d worked hard all week on different aspects we would face, and I told the players that if they didn’t do things correctly here then we wouldn’t win the game.”

“Like I say, the two goals we lost were both from set plays and, within that, we have to take individual responsibility,” he explained. “We go man-to-man and, when we do that, we have to make sure our man doesn’t score.

“I won’t single people out, that’s for the dressing room, but we all know in there what we could have done better.”

“I do think that overall, as a game, there was very little between the sides,” he insisted. “We had some great chances in the first half, and they had a couple as well.

“There were fewer chances after the break for either team, so it was very even across the piece. Every time we strung passes together in the first half we looked like we could carve them open, but we didn’t deal with the basics at the other end.

“That’s another reason why it’s so frustrating because if you take away those two set piece goals there wasn’t much in it at all.” 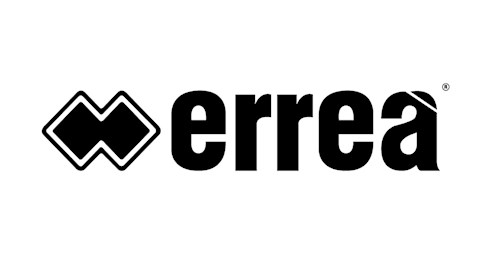 KIT PARTNER: ERREA and United delighted to be working together

Speaking more on the manner of the goals conceded, he told us: “It was particularly frustrating to see us concede from set pieces because it’s something we have worked hard on.

“If you know the ball is going to come it’s crucial that you defend it properly. When you play against a strong, physical team you have to deal with the basics of football, and we didn’t manage that on two occasions. That proved to be very costly.

“We know within the dressing room what it is that’s let us down. Newport didn’t do anything we didn’t expect or prepare for, so we’re bound to be disappointed.”

With the Blues having gone close on a number of occasions during a good first half spell, he said: “Games are decided by small margins, as we’ve seen. The chance Hallam [Hope] had when he went through was a great piece of football by us.

“I actually think on a different pitch the ball would have held up for him. It seemed to keep going and going, and then it rebounded back to Mark Cullen, and I think it was a deflection which took his shot wide.

“There were a few other really good moments, and in the second half we had a great ball flashed across the face of goal from Regan Slater which, on another day, we’d probably score from.

“We’re talking about our good moments, but we lost. And the reason we lost is that we didn’t do what we needed to do during two set piece situations. When you play a team like this you have to guard against those types of delivery.

“I know I keep coming back to it but it’s those two moments which cost us so dearly. What you can’t escape from is that goals decide games and they took their big moments when they came, whereas we didn’t manage to do that.”

With United still within touching distance of the play-off places, he commented: “We know we have to get back to winning ways very quickly.

“Wins are elusive for us at the moment, but I’ve seen positive signs from us over the last few weeks. We know we need to cut out the defensive errors that have been costing us and, at the other end, we need to continue to create the openings.

“I think we probably created four big chances in the first half and, if you come to Newport and do that, that’s a good return. However, you have to score from them, or it can make life difficult for you.

“Come the second half we didn’t carve many chances out even though we had a lot of the ball. We had the penalty, and I thought the referee was very brave to give that, but apart from their goal, which came from a set play, they never really caused us too many problems.”

“However, whatever we say about how we’re playing, we’ve had two difficult away trips and we’ve only taken one point from a possible six,” he said. “You need more than that if you’re serious about pushing for promotion.

“When you’ve worked all week on set plays, and when you’ve talked about what the approach is going to be, it’s disappointing when you lose a game because of the very aspects you’ve covered.

“As I say, certain players have to take responsibility for being better during these moments. It’s no good coming away from every game saying that we’ve played well, but having nothing to show for it. We have to turn it into victories.

“Make no mistake, this is a setback for us, but it isn’t going to define our season. There is a lot of football still to be played and we’re looking forward to getting ourselves back on a winning run.”