United boss Steven Pressley confirmed at his weekly press conference on Tuesday afternoon that spirits were high following what he had described as the best performance under his stewardship so far at Forest Green. 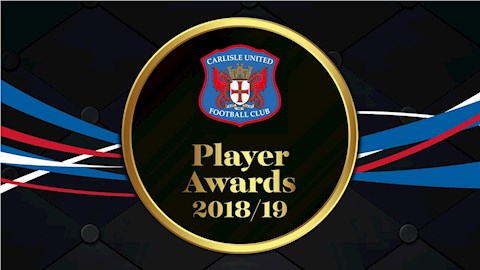 “I think there’s a far greater confidence in the group today than there was in the aftermath of the game against Swindon,” he said. “That comes from the way they dominated at the weekend, but there’s no hiding from how important it is to do it again against Cambridge.

“We can’t head into the last games running out of opportunities. We have to grasp it and make it happen, and that has to start on Saturday.”

With the January arrivals showing real signs of having settled in we wondered if the patient approach had paid dividend following the weekend’s high-octane performance.

“In football there’s never patience, and we have to accept that,” he commented. “It’s the nature of the job at this moment in time, so all we can do at the club is remain focused on trying to continuously improve.

“I have a real belief in the players and, as I’ve said in the past, we have to make sure we play to the strengths of the team. We took some good strides forward last weekend and we played in a very controlled manner, so that’s something I’m really pleased with.

“The ambition remains that we’re amongst it come the end of the season, and the minimum we want to be is in the play-offs. The confidence is there because that was our most complete performance.

“We did the analysis with the group and there was a lot to be happy about. We have to show that we can continue to perform in that manner. We have to be the team that shows consistency.” 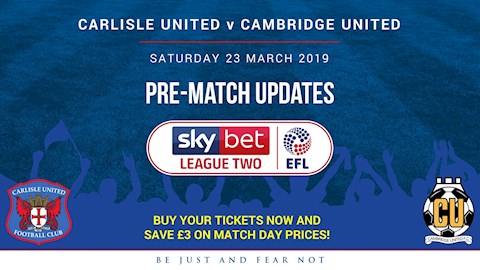 PRE-MATCH UPDATE: Hints and tips ahead of the weekend

Having made a switch to the right back position last weekend, he told us: “I always discuss decisions to leave players out with the individual, particularly if it’s a senior player.

“That’s normal as far as I’m concerned. Gary [Liddle] was disappointed, and it’s normal for a player with that level of experience to feel that, because he wants to play every week.

“The decision was taken for what I felt was best for both Gary and the team, and the positive from it is that it reminds everybody that you have to perform at a certain level, or it could mean we have to look at changing things.

“As I said at the weekend, Gary Miller felt that it was unjust of me to take him out of the team when I did, but he’s patient and he’s continued to work hard. He trains and prepares properly and I thought his performance at the weekend showed that.”

Good news came for the Blues this week with Macaulay Gillesphey making a return to the training pitch following his recent knee operation.

“It’s great to see Macaulay back around the group and we’re hoping that within the next week he’ll be able to join in with us fully,” he said. “He’ll need a bit of time to catch up with his fitness, but if he applies himself and we can fit in a couple of fixtures then we would hope he won’t be too far away from being available.

“We know we haven’t got much of the season left, and in some cases you have to push people back without the appropriate game time behind them, but that’s just the nature of where we are.

“I think he’ll be available for consideration in a couple of weeks, and that’s a positive for me because he was about to go in for his operation when I first came to the club, so I haven’t seen that much of him.

“The only up side to the injuries we’ve had is that it’s given an opportunity to involve some of our younger players, particularly in our bounce games. Jarrad Branthwaite came with us to Forest Green at the weekend and that’s a fantastic experience for him.

“The reserve fixtures are an opportunity for us to develop all of the young lads who take part, and that’s why we like to play them. The only difficulty with arranged games like this is if your short on numbers already it means you have to manage the risk.

“The only new injury concern we have is that we had a little bit of a setback with Peter Grant. He had to come out of training on Tuesday and we’re now just waiting to see what the outcome of that is.”

And with confirmation that striker Mark Cullen is set to miss out on the coming games, he told us: “There is talk of looking at the free agent market, but the truth of the matter is that the players just aren’t out there.

“When you delve into that market you see another risk in that you could end up taking players who are miles off where you need them to be. If the right player came up we’d be interested, of course we would, but that player doesn’t appear to be there at this moment in time.”