Defender Byron Webster admitted manager Steven Pressley was a big part of his decision to move to Brunton Park ahead of the 2019/20 season when he sat down to meet the local press for the first time this week. 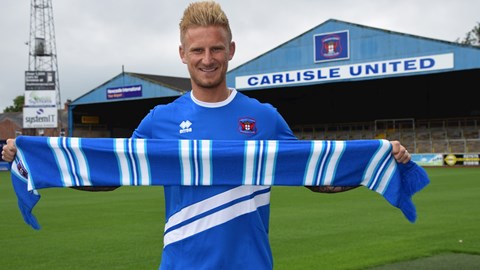 CONTRACT: Defender signs for the Blues

Speaking shortly after he penned his one-year deal, he said: “I met the manager in London around a week ago, before I went away for a wedding, but everything got finalised when I was away.

"There were talks with a few clubs, but it was a move that had to be right for my family. I’ve been at Millwall then Scunthorpe, so I’ve been away for a few years. For this move it was important for my family that I was staying around the area. The main thing was to be as close to home as possible."

“Another big part of me coming here was the manager," he added. "When I met him, he was very positive and he really knows what he wants to do. There were no airs or graces, and every manager I’ve got on with in the past has been like that, where there are no grey areas and you know where you stand.

“When I spoke to the gaffer, I told him I needed something to excite me and that I could get my teeth into, and I feel like this is the place to do that. I could have gone to different clubs and just kept myself ticking over, but I don’t want to do that. I want a bit of excitement and I want to be pushing at the right end of the table.”

On what we can expect from him, he said: “I am strong in the air, but I do like to get it down and play as well. I just like to enjoy my football. I think you see too many people without a smile on their face, but I’ll always have a smile and be grafting for the team.

“I’m still very ambitious, if I wasn’t there would be no point in me playing. Like I said, I could have taken an easy route and signed for a team where I maybe could have relaxed a bit, but I need to have something to excite me. I’m only 32, so for a centre half that isn’t old, and I’ve got plenty of life left in me.”

Next up for United's newest recruit is the return to pre-season and the demands of double training sessions, and a little bit more besides.

“18 months ago I had a knee injury, so I had a whole summer without any time off,” he told us. “This year, I’ve had a bit of downtime, but it doesn’t matter how fit you think you are when it comes to pre-season, it hurts everybody.

"We’ve got a long time with a lot of games to play during pre-season and I’m sure we’ll all be ready. When I first started you just ran like a horse during pre-season, but now there’s a bit of thought behind it. Pre-season is always a long time, and everyone will be raring to go by the start of the season proper.”

And on a career that saw him take a step back in his early days, before being reinvigorated by a move to the Czech Republic, he explained: “I did my youth team scholarship at York City and was playing in the first team quite early.

"I fell out of love for the game a bit after that so went over to FK Banik Most and really enjoyed my time there. I then went to Doncaster, Northampton and Yeovil where I had some really good times before some more great times at Millwall.

“It was when I was over in the Czech Republic that I got my love for the game back. When I was at York I got into the first team when I was about 17, and as you do you think you’ve made it.

"I got a new contract, but a new manager came in and I was still really young. I thought I was mentally strong, but I really wasn’t, and it broke me in a way. I went over there and really enjoyed it.

“They were playing in the top league, against the likes of Sparta Prague and Slavia Prague. I really enjoyed it, but we were training for a couple of hours a day and then I was just going and sitting in a flat on my own, so I started to get home sick. I just wanted to get back, and I was fortunate that Doncaster liked what they saw.

"Since coming back over here I've been relatively successful, apart from the odd injury. That's why I’ve enjoyed it so much."

“Last season was frustrating, in a way," he admitted. "I went to Scunthorpe hoping to play games straight away but the team started picking up results, so it was a case of having to bide my time.

"I did get into the team towards the end of the season, but I didn’t play as many games as I wanted to.

“I'm here to kick on again. You can look back at how many appearances you make over a career but if you haven’t had any success and got things to show for it then it’s not a good thing. In my house I’ve got a little room with a few medals and shirts which I’m fortunate to have won.

"I’ve got two young kids who are getting to the age where they’re asking questions and wanting to know more about it which is great.

“Wembley is a great place to play football, and if we can get there in the play-offs or if we can get into the automatic places then it’s going to be an exciting time for everyone connected to the club. I’ve been to Wembley once with Yeovil and twice with Millwall. Those experiences do make you want more, I’ve won there twice and it gives you that hunger to do it again." 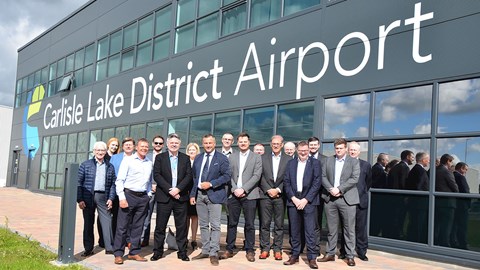 With the manager highlighting his leadership and experience as two of the assets the new arrival brings to the dressing room, he commented: “When I met the gaffer, he spoke to me about helping the younger lads in the squad and that’s definitely something I’m looking forward to doing.

"I’m a gobby person, but I am a nice person, even though it might not always come across like that on the pitch. I like to encourage more than anything. If you tell people what they need to be told, but in a nice way, I think you get better results from it.

“When I met the manager, he came across as a great guy and he was a big factor in my decision. I’ve played against his teams before, but I’d never come across him. When we sat down, he was just so professional, he was showing me videos about how he wants to play and what pre-season is going to consist of. It was all very detailed and very exciting.

“He was obviously a centre half himself so I’m looking forward to learning things from him as well. I’m sure he’ll drop a few bits of advice in, which is only going to benefit me. The way he wants to play is something I’ll have to be suited to otherwise I won’t be in the team!

"I’ve played in plenty of teams with different styles and formations so it’s nothing new. Pre-season is about learning what the manager wants from you and that will be no different this year. I’m looking forward to his style of play.”

And speaking finally about what is a step down in divisions, he said: “I did have to think about dropping down to League Two.

“It was just a case of it being the right team and the right project. I spoke to my wife and my dad about it all and it just felt right.

"There aren’t many players now who sign four- or five-year contracts now so there has to be something at a club to excite you. If there isn’t, it shows in your performances. I’m not the sort of person who can just plod along, there’s always been that drive within me to do well, and that's no different now that I'm here."

Click HERE to watch an interview with Byron Webster on iFollow United now.