United’s new academy supremo Eric Kinder met his under-18 players for the first time at a club induction event held at Brunton Park on Monday evening. 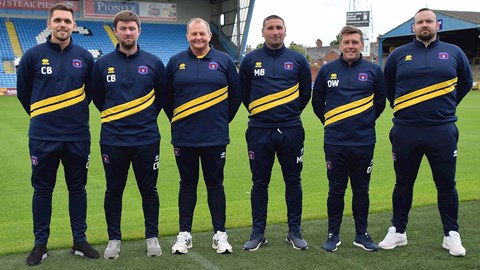 ACADEMY: Whenever I talk about home now I always mean Carlisle

But, having worked with many of the second-year group before, it was another case of ‘hello again’ as he outlined his plans and requirements for the coming campaign.

“I know the second years because I took them the year before last at under-16 level,” he explained. “It will take me a long time to get to know all of their names, I tend to mix them up, but I’ll get there in the end.

“It’s their faces that I’ll recognise, but I don’t know any of the first years. Having said that, I did take the under-15s on a couple of occasions, so that could help to ring a few bells. It won’t be as difficult as going in completely blind, thankfully, and I’m looking forward to seeing what they can all do once we get together properly in July.”

And with a few loose ends to tie up with Exeter City it was straight from the meeting with his new charges to the airport as he headed south to join the Grecians for the first part of their pre-season campaign.

“I organised a pre-season trip to Jersey for them, which they leave for on Tuesday morning, and under the terms of my contract they’ve asked me to see it through,” he commented. “I have no problems with that. They want me to go and I’m more than willing to go.

“The strange part of it will be that I’ll be there as an Exeter City staff member, even though everyone now knows I’m making the move back here. My head will be spinning about what I’m going to do here, to be honest.

“However, they want me to go – I’ve done all the organisation for the whole week and they feel it best that I go with them, so that’s where I’ll be this week.”

Having left Carlisle United with the you set-up still under the Centre of Excellence banner, he returns to take over a category three academy, with all of the EPPP requirements that go with it.

“What I’ve learned from the last six years is huge,” he insisted. “I thought I knew quite a bit, but as soon as I started to work with Blackburn, Limerick, the Premier League and Exeter I realised that I actually didn’t know that much at all.

“I left here to go back to Blackburn’s under-23s with Gary Bowyer and that, back then, was in a real mess. It took us a couple of years to straighten that out and I got offered the job at a category one club, which is hard.

“The demands on an academy at that level are huge, but they have the staff to get through it. The demands are just as big on a category three academy, because the clubs are different sizes, and you have to be able to cope with that if you want to push your facility on.

“When I took the Blackburn academy manager job I had people to lead each phase. They had to look after their own administrational requirements. We split every section of the academy up and everybody knew where their responsibilities were when it came to audit or paperwork trails.

“For every audit I went through it all with them beforehand, and we also had one of the board of directors who did the same. It was a very successful system and we finished in the top half of the audits of category one academies.

“That tells me that we were doing things right, so that’s what I’ll do here. We’ll have weekly meetings and monthly checks, and that will be designed to make sure we stay on the right track.”

But with so much emphasis on the paperwork side of looking after aspiring young footballers, will that take away from time out on the grass once the season gets under way?

“With us being category one at Blackburn it was unbelievably, ridiculously hard to get out onto the training pitch,” he confirmed. “But, if you look at a club at that level, they have an under-18s coach, and assistant. 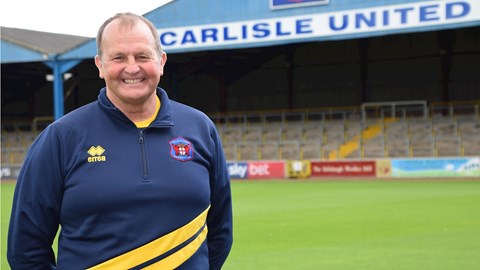 “At Blackburn there were three of us, so there was no need for me to go out all the time. Here there’s me and Mark [Birch]. If we share the load on the paperwork, and we’ve got Chris Blake who’s been here a long time now. That’s his strength, he does that remarkably well, I saw that in my four months with the under-16s … I’m sure between Mark, Chris and myself we can get the paperwork done in a way that doesn’t hinder me going on the training field.”

“The fact is that it’s just hugely important to maintain your status as an academy,” he added. “If you’re going to produce young players you’re going to have to be within one of the category groups.

“If you do away with the 9s to 16s you’re basically saying no boy in Carlisle can ever play for the Carlisle first team, and the only way you’re going to play for your first team of your home-town club is when you’re 36 and coming back the other way.

“Another of the reasons why I know we’ll be able to more than cope is that I know Mark Birch really well,” he said. “I’ve known him in different roles for 13 years. He was manager of the Crown Leisure Club at Wetheral, which I was a member of, and then when I came back he’d got into the academy coaching and I spent some time working with him 18 months ago. I’ve known Mark a long time, and I know he has a strong work ethic and a real love for the club.”

YOUTH: We want to see them push on


Monday afternoon brought the good news for three of our second-year scholars that they had secured their first professional deals, but with the expected caveat that the hard work starts now.