Carlisle United’s pre-season training regime moved to an idyllic setting for Wednesday and Thursday as the players and staff found themselves based at Lanehead Residential Education Centre, overlooking the sunbathed Coniston Water. 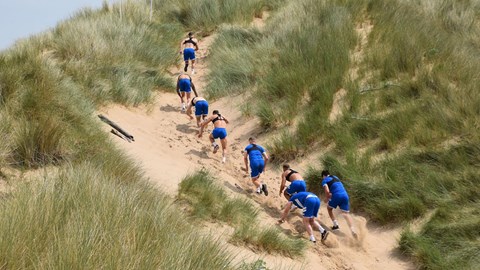 GALLERY: Day three of pre-season at the beach

The two-day package kicked off with a testing and slightly different approach to orienteering as the lads were split into four and five-man teams before taking to kayaks, lashed together by rope, to row their way to seven markers hidden on the banks around the length and breadth of Coniston.

Organised by Adventure 21, outdoor pursuits and adventure training specialists, the activity was designed to test teamwork, stamina and communication with a team leader selected at random and given a briefing, before then having to pass on the instructions to his boat buddies prior to them taking to the water on their map reading excursion.

The 200-minute slog around the course brought its usual attempts at cheating from some of the usual suspects, with Mike Jones and his team mates Tyrone Duffus, Harry McKirdy and Jon Mellish suffering the very public humiliation of a last-minute disqualification [much to the amusement of the other teams] when it was revealed that they’d dropped McKirdy off, with the midfielder then setting off on-foot to gather up a succession of markers.

Last to arrive back and, as it turned out, the only team to successfully hit all seven waypoints (within the rules) were Jarrad Branthwaite, Adam Collin, Elliott Reeves and Byron Webster. The winning quartet picked up their first medals of the campaign at the post-paddle awards ceremony, with Harry McKirdy also receiving a gong for his misguided efforts in having covered the most ground on foot.

Wednesday night saw the lads return to Lanehead for more team bonding activities, with a bright and early start on Thursday morning of circuit training, led by strength and conditioning coach Dave Waldie, under the watchful gaze of the magnificent Old Man of Coniston.

It was then on to the morning hike up the Old Man – a 2,634 foot climb – before a return to Brunton Park with plenty to talk and laugh about from yet another enjoyable and packed pre-season training package.

Speaking about the challenge, midfielder Jack Bridge said: “The row around the lake was very hard, to be honest.

“We had five of us in our boat and it was a case of trying to find the markers as quickly as you could. Jack [Iredale] was in charge of the map – he wasn’t the best, but we got there in the end I suppose!

“When we first got here we looked about, the weather was lovely and you start to think it’s going to be really nice with a bit of a splash out on the water. Then you get going and you soon find out how hard it is because of the distance you need to cover. The water is quite choppy as well, so it was really tough to get about.

“On top of that you’re going against the current for most of it, so it’s really hard work. Pre-season has been like that since we got back though. We’ve done a lot of difficult and testing things and I think that’s bringing everybody closer together.

“There are a lot of new faces around so when you’re pushing each other to get through it means you’re getting to know about the other lads as well. I feel like I’m settling in, everyone has been brilliant with me so far, so it’s made it really easy.” 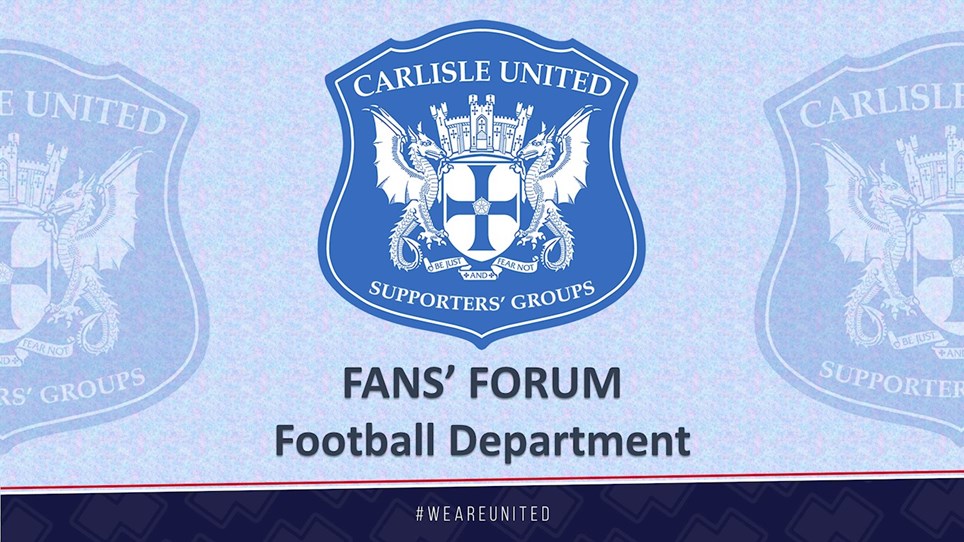 
Chris Beech, David Holdsworth and Nigel Clibbens will hold a football forum ahead of the 2021/22 season on Thursday 5 August.


Throughout May members of a local junior football team will make the most of their daily exercise as they virtually walk from Brunton Park to Wembley in aid of Eden Valley Hospice and Jigsaw,...