Kick It Out is delighted to announce the commissioning of a new play based on the extraordinary and inspiring life of Laurie Cunningham.

Getting the Third Degree, written by award-winning playwright Dougie Blaxland and directed by Roughhouse Theatre, was commissioned as part of the twenty-fifth anniversary of Kick It Out’s campaign to tackle racism and discrimination in football.

The compelling new drama will tour the UK in October to coincide with Black History Month (full schedule of dates and venues below).

The play tells the powerful story of Laurie Cunningham, who came to prominence with West Bromwich Albion in the late 1970s. The first of the black footballing trio famously dubbed The Three Degrees, Laurie Cunningham with his swaggering style and dazzling skills forced favourable comparisons with Pele.

The first ever millionaire black footballer, the first black player to sign for the mighty Real Madrid, and only the second to win a full cap for England, he inspired a generation of young black players to follow in his pioneering footsteps.

In dramatising Laurie Cunningham’s rise to stardom Getting The Third Degree also explores how he and his team mates Brendon Batson and Cyrille Regis triumphed over racial abuse and physical threats, often orchestrated by The National Front, through a combination of footballing brilliance, charismatic style and compelling dignity.

Incorporating 1970s funk, soul, blues, jazz/jive dance, football songs/chants, contemporary commentary and social and political speeches, Getting The Third Degree is a powerful piece of total theatre that vividly recreates a tense and troubled period in the history of football and society.

As part of the project, Kick It Out and playwright Dougie Blaxland have produced an education pack for use in secondary schools at Key Stages 3 and 4 that allows students to explore the issues and themes of Getting the Third Degree. The pack comes complete with a copy of the script and references to further research and reading.

Speaking on behalf of the family, Laurie Cunningham's niece, Rhodene Cunningham, said: “We are delighted Kick It Out has commissioned this new stage play about Laurie's life. He was a very special man loved by us all and we hope his pioneering story will be an inspiration to everyone who comes to see the production.”

With racial abuse in football and wider society dominating the headlines once more, playwright Dougie Blaxland says the issues the play raises are “every bit as relevant today” as they were more than 40 years ago when the Three Degrees were playing.

Roisin Wood, Kick It Out’s Chief Executive Officer, is excited to embark on such a unique project that will raise awareness of one of the pioneers of English football and a key figure in tackling racism in the game.

“In an organisation committed to changing deeply-embedded attitudes you cannot simply repeat the same message in the same way year after year,” she said.

“The commissioning of this play - and the development of the education pack - is an attempt to engage new audiences in our ongoing mission to combat racism in football.

“The more fans, followers of football and members of the public we can encourage to see this exciting production, the greater its impact will be.”

The play will be co-directed by Roughhouse Theatre’s joint Artistic Directors Shane Morgan and Moira Hunt, who have worked with Blaxland on three other productions with sporting themes: Hands Up for Jonny Wilkinson’s Right Boot commissioned by the Rugby Football Union for the 2015 World Cup, When The Eye Has Gone written for the Professional Cricketers’ Association as part of its Mind Matters campaign and The Long Walk Back (the Chris Lewis story) which toured the UK to critical acclaim earlier this year.

The part of Laurie Cunningham will be played by Emile Clarke with Sabrina Laurison and Zara Gabbidon the other members of the cast of three.

For further information, please contact Kick It Out via email on info@kickitout.org. 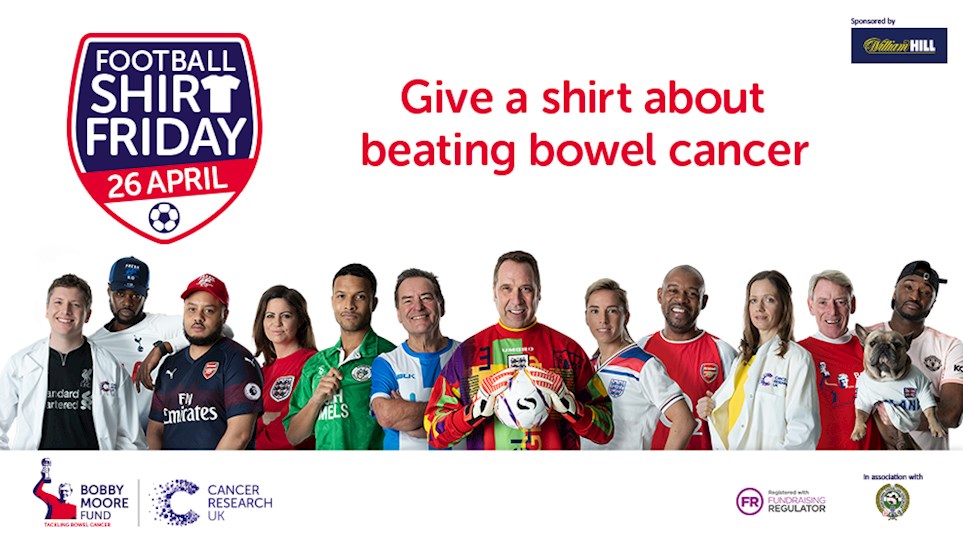 FOOTBALL SHIRT FRIDAY: Give a shirt about beating bowel cancer


The Bobby Moore Fund for Cancer Research UK is encouraging men, women and children across the UK to dig out their football shirts on Friday 26 April and donate £5 to help fund life-saving bowel cancer... 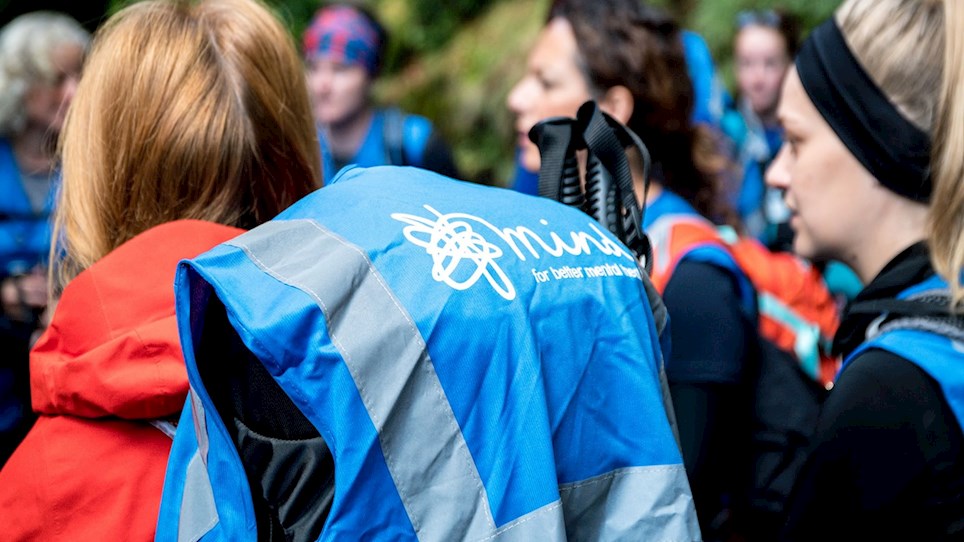 MIND: Register today to take on the Peak District for Mind challenge!


To help us raise funds for Mind’s vital services, we’re asking you to join us on the Mind United: Trek the Peak District challenge 2019.