United’s assistant manager Gav Skelton gave us his thoughts on the away friendly at Penrith shortly after full time on Saturday afternoon. 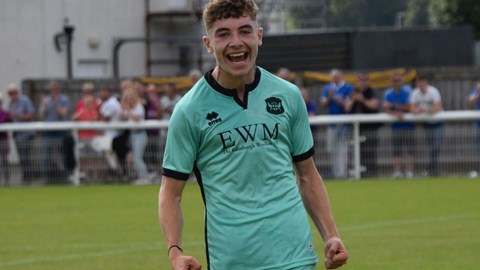 “It was a very productive game from a club point of view, and I think Penrith will feel t he same way,” he said. “The first team lads got minutes under their belts, with a lot of touches of the ball, and the youth team boys did really well in the second half.

“The first 45 minutes looked a little bit laboured, at times, but that’s because it’s been another tough week. We had a lot of possession in the first half, but the main thing is that we got good pitch time for the players.”

“Obviously not all of the first team players were here but, like I say, it’s been a hard few weeks for them,” he added. “They’ve covered a lot of ground at a high level of intensity so it was about giving them a bit of a breather so that they’re ready to go again on Monday.

“With the senior lads we followed on from Tuesday night, which was really positive for 60 minutes, and the rest of pre-season will be about building on what we’ve done so far. Overall we’re very pleased with how it went." 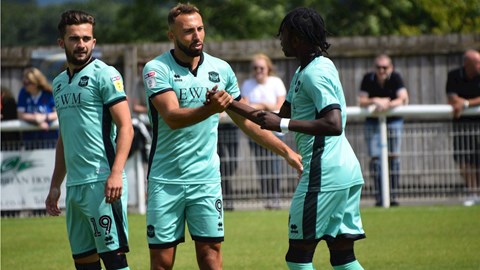 And on the performance from the under-18 players after the break, he commented: “They looked like they enjoyed themselves, which is what we want for them.

“It’s a good opportunity for them to get themselves in the manager’s eye and they handled it really well. We’re pleased for Keighran [Kerr] that he got his goal. He was the only pro playing in the second half, and he could let them get him down, but he applied himself to it and he took his chance well.

“We saw some excellent work from Josh [Galloway] to create the third goal, and a number of the younger players performed well. It’ll have done them no harm at all.”

Speaking about the trialists, he said: “Elliott [Reeves] has impressed us from day one in all aspects of how he’s applied himself. It’s been a positive spell for him and we’re taking our time to have a good look at him.

“He’s been suffering from a bit of a bad back but he was determined to play in this game. That’s credit to him because it shows he has a little bit about him. Hopefully he’ll get more game time on Tuesday and we’ll get a better look at him then.

“The other two lads did their jobs and, again, the time out on the pitch will have done them the world of good.”

And on new arrival Lewis Brunt, who joined the club from Villa on Friday morning, he told us: “He’s only been with us for 24 hours and he trained really well on Friday.

“It’s early days for him, he still needs to get used to us, but I’m sure we’ll see him settle in through next week as we do more technical and tactical work with him.”