Cheltenham Town are the visitors to Brunton Park this weekend and manager Steven Pressley admitted that he’s looking forward to taking charge of his first game with the club in front of the home fans. 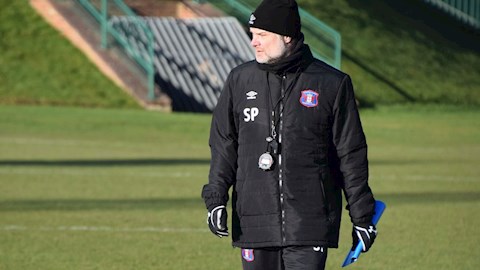 MANAGER: There are a lot of good things already in place here

“It’s good to start things off with a home game,” he said. “Since watching the team last weekend I’ve spent time looking at footage of Cheltenham.

“They’re a side under new management and they play a very attractive brand of football. They’re a very pure team but they still have some good, physical attributes.

“It will be a challenging game, as they all are in this league. They’ll enjoy coming here because the surface is excellent, but we have to ensure that this is a place that teams fear coming to, and you can only do that by winning games of football.

“The winning run came to an end at Northampton but it’s very important we get back to winning ways immediately. Although people say it’s great to start with a home game, it’s only great if we win it.”

“Like I say, as soon as I knew there was a possibility that I might be able to come here I started to look at our next opponents,” he added. “They’re quick in what they do and you can see there’s a real belief and comfort in playing the passing game.

“They’ll definitely provide us with plenty to think about. However, if we’re serious about getting to where we want to be, we have to win our home games, there’s no doubt about that.

“The responsibility in getting supporters through the door lies with us in a sense that we have to play a style of football which is attractive to the fans out there who I know want to come here and watch us play. If we do that there’s no doubt the supporters will return.” 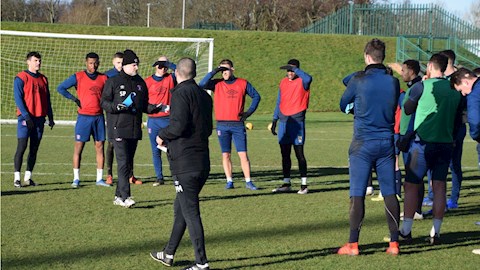 GALLERY: First training session in charge for the new gaffer

Speaking more about the potential he’s seen, having now started the process of settling in, he said: “The club has good stability and a very good fan base. I like the stadium and I’ve got very good memories of coming here. Looking back, managers who come here always get the opportunity to do their job. I think that’s important for any manager.

“As I’ve said, my previous jobs haven’t been like this, so the attraction of coming to a club where promotion is possible is really exciting.

“When I was manager at Falkirk I came down here on a number of occasions to watch games and players, and I really liked the traditional stadium and the atmosphere the fans create. It’s been a club of good stability for some time.

“When I arrived in England this was a League One club, and just prior to me coming down south they weren’t far away from reaching the play-offs to get to the Championship, so that shows the potential of the club. It’s a one-city club and I think that’s another attraction, and a club with very passionate supporters, so there’s a great mix here.”