United boss Steven Pressley welcomed his first signing for the club through the door on Monday as attacking midfielder Arthur Gnahoua joined on a short-term deal in time to take part in the club’s first training session of the week. 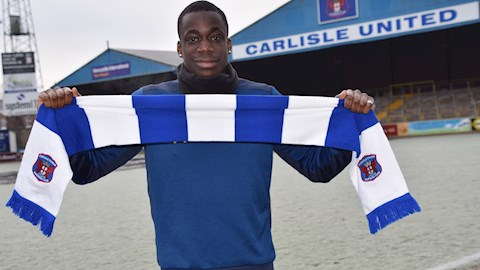 Speaking about the new arrival, he said: “Arthur is a player who is very two-footed, he’s technically very good and he can deal with the ball in very tight areas.

“He also has good, but not blistering, pace and he can travel well with the ball. He can take players on from a lower position on the pitch and he can get you on the attack. We think there’s also an eye for goal there and he’s a good finisher on both feet.”

“I said after the game on Saturday that it’s best to strengthen your squad when things are going well, and this is a good addition to the group,” he added. “I think Arthur wants to prove to a number of people who have doubted him that he’s got real quality.

“He’s a player we’re really happy to have here. He’s come into league football late, and this is a perfect platform for him where he can prove he’s got the ability that we think he is ready to show in abundance.”

On the potential for more incoming activity this week, he told us: “From what I’ve been told by David Holdsworth we can recruit as many as five players, so that’s very encouraging.

“As I say, we’re going to work very hard on that. We’ll be looking at new recruits very closely because they have to fit in and work as hard as the rest of them, because we don’t want to change the dynamic of the dressing room in any way.

“We’re still trying to get further players in, and we’ll be working at it in the next couple of days to get a few more additions ahead of the weekend.

“It doesn’t need much to see that we’re light on the ground just now, but the very good squad we have at the moment does need some support. That’s why I can tell you that as far as I’m concerned there’ll be nobody leaving.

“I know fans think about Jamie Devitt because he gets talked about because of how well he’s playing. He’s a player at this level who can make the difference in games and he’s important to us.

“He plays well with Hallam and Jack Sowerby because they all want to get forward. I can’t emphasise enough how much we’d like to keep Jack, but the problem for us is that it isn’t in our hands.

“We can do everything we can to keep him here, because we know the supporters love him. We’ll keep trying but if it doesn’t happen, trust me, it’s not for the sake of trying.” 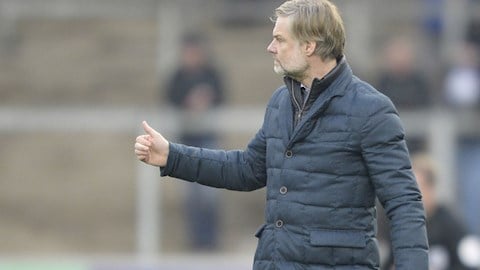 MANAGER: Thank you for giving me such a warm reception

With the dressing room full of confidence, he also confirmed that he’ll be looking at character as well as ability when it comes to adding to the group.

“The people we’re looking at have all been talked about between myself, Tommy [Wright] and Paul [Murray]. We’ve identified them together because we know what we want to bring in.

“Yes, I have my contacts, but I’m also lucky to have two assistants who have good contacts of their own. We’re all working really hard to find players who will complement the group, and that doesn’t mean them just being good player.

“One of the key ingredients is the character of the player and we want players who want to be here. This group is such a tight-knit and close group that new signings have to fit in. These players, by doing what they do, have got themselves into a fantastic position and we don’t want to upset that.

“There’s nobody at this club who will get ahead of themselves, and we know we have to win the vast majority of the 17 games remaining if we’re going to have a real chance of promotion. That’s our intention, and we’ve taken the first step.”