We caught up with striker Mark Cullen shortly after he put pen-to-paper on a loan deal which keeps him at Brunton Park until the end of the current season. 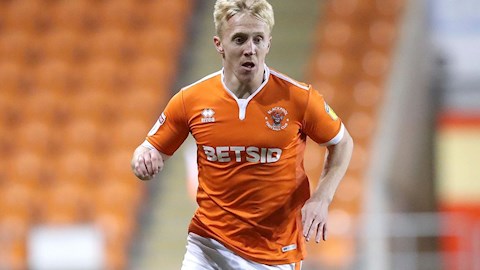 LOAN: Striker in until end of season

Speaking first about his arrival in Carlisle, following what had been a very quick and easy round of talks, he said: "It has all been very quick. I was in discussions with a few clubs last week, but when I got the call about Carlisle being interested on Saturday I made a decision really quickly.

"It was all done on Sunday, and by Monday I was here. It’s happened over a couple of days and I’m just happy it's done now."

And elaborating more on the interest from other clubs, he told us: “There were a few clubs interested but I looked at Carlisle and the lads have been doing brilliantly.

"We’re in a great position and we’re pushing at the right end of the table, so it’s a good opportunity for me to get another promotion on the CV. As soon as I heard the news that Carlisle were interested, I just wanted to get it done.

“I got promoted out of this league with Blackpool a couple of years ago, which was fantastic, and I also got promoted with Luton. I know what it takes to get promoted, especially from this league, so hopefully I can come in and help the lads out."

Having cut his teeth with the Tigers in Humberside, the Ashington born forward admitted that it wasn't until he'd made the move away from his first club that he really started to shine.

“I started at the top with Hull, but for whatever reason I drifted out of it there when I was a young lad," he explained. "I went down to Luton, which was a big decision at the time, I was only 21, and my missus was expecting a baby.

"It was a huge decision really, but I went down there and loved it, especially during the first season when we got promoted. It was brilliant to be part of that. They were a club who had been trying to get back into the Football League for so long and it was great to play my part in helping them to achieve it.

“Luton was where I got my first opportunity to show what I can do. Before that I’d had loans spells here and there, but they didn’t really work out for me to be honest. When I went to Luton I started scoring goals, and the following season in League Two I did well again, which got me my move to Blackpool.

"Things continued to go well with them and hopefully I will continue here and I can score some goals. I did alright for myself in the play-offs with Blackpool, I scored a hat-trick against Luton in the semi-final and then got a goal in the final, so if it gets to that situation here hopefully I can get some more."

Having been sidelined recently through injury, he said: “It’s been a frustrating period for me so I’m just looking forward to getting going again.

"It was a random injury really, and not one that usually happens in football. It’s been annoying, but I’m pretty much over that now and I’m ready to kick on. It’s about getting fitness and sharpness. I think the manager said he’d be looking for me to be ready in two weeks, and that works with me."

On his reasons for coming to join the Blues, he told us: “It’s great to come into a club which is pushing for promotion.

"You can see that the lads are full of confidence and they’re all doing well. I’ve met most of them already and they’ve welcomed me in, and I know a few of them from previous clubs, which always helps you to settle in. They’ve been great and I’m looking forward to working with them."

“The league position was a big part of why I wanted to come as well. You want to be part of these things. At the end of your career you’ll look back on what you’ve achieved and the more success you can get, the better for everyone."

“I’ve seen a few comments from fans on twitter and they’re all buzzing about promotion and I think that’s got to be our aim with the position we’re in at the moment," he commented. "I can’t wait to get started. The fans reactions to me signing was brilliant and I’m thankful for that.

"It’s always good when you sign for a new club when people know who you are and appreciate what you could bring, so hopefully I can repay the support they’ve given me and we can all have a successful time.

“I’ve spoken to the gaffer about what he wants and he's told me there’s an opportunity there for me. He’s outlined what he wants from his strikers and it fits in perfectly with how I like to play. I’m obviously here to try and score the goals to help the team, and ultimately if I do that then everything will go well."

On how he plays, he said: “I’m a classic number nine. I like to get in the box and score those scruffy goals.

"I love scoring little two-yard taps ins, and I like to work hard, so hopefully we can go on and be successful. I just want to enjoy playing football again and it’s a great opportunity for me to come here.

"I’m a northern lad and I’ve known lads who have played here before, they’re all full of praise for the club, so I’m just looking to enjoy myself, score some goals and be successful."

Click HERE to watch an interview with Mark Cullen on iFollow United now.