The board of Carlisle United is very disappointed to announce that it has reluctantly agreed to accept the resignation of John Sheridan, who will be leaving the club with immediate effect.

The focus will be on making sure the players remain fully focused on the job they have to do as we look to make this a successful season, and as we also work hard to continue the good run of form we are currently enjoying.

Andrew Jenkins, chairman of United, said: "In his short time at United, John has made a positive difference to the club. He has improved the style of football and assembled a squad that is able to compete with the best teams in the League Two.

"Working with the squad and management team, he has helped to establish a winning formula at the club that we will take forward and build on to ensure that John's hard work is not lost.

"The request to leave came from John. Over the last few days, the board and John had discussed football squad matters, and these were being resolved. I would like to thank him for his commitment, and we all wish him the best of luck for the future."

The club has already started the recruitment process for a new first team manager. 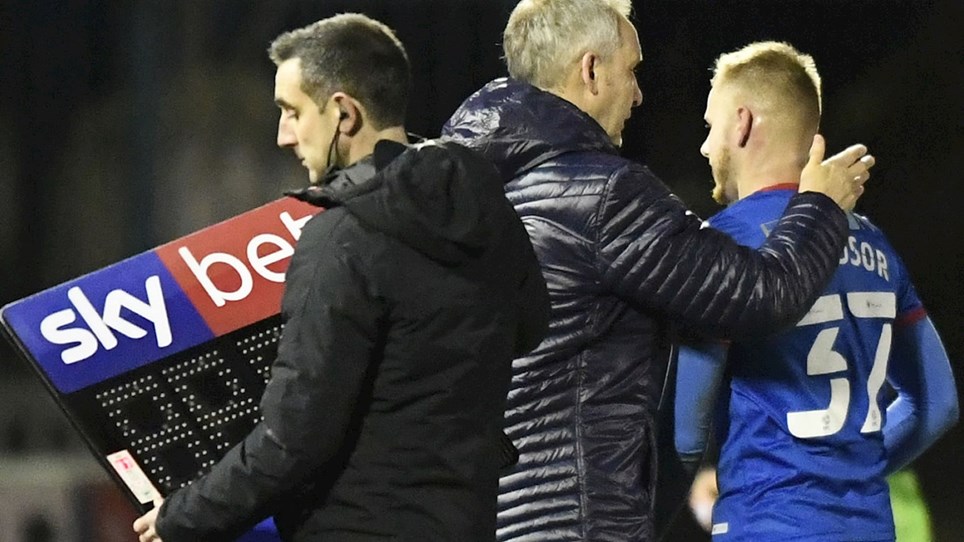 
An energetic performance and a first goal for the club from West Brom loanee Owen Windsor provided a ray of hope on Tuesday night as the young forward showed aggression and a desire to get in the box...