Carlisle United are delighted to announce that 16-year-old central defender Jarrad Branthwaite has been offered, and has accepted, a two-year contract [with an option] which will keep him at the club until at least the summer of 2021.

Local lad Branthwaite, who has been with the club since the age of eight, has trained regularly with the first team this season and has caught the eye when playing for the reserves whilst being closely monitored by first team manager Steven Pressley.

The first-year academy prospect will continue with his scholarship programme and joins second-year winger Liam McCarron as the second of the current under-18 crop who have made it through to professional contracts.

Speaking about the decision to offer the contract today, Steven Pressley said: “He’s made a big impression on us with the way he’s conducted himself and we see him as a young boy who has big potential. I use the word ‘potential’ because that’s all it is at this moment in time.

“He’s a local lad who has been with the club since he was eight years old and, as I’ve said in the past, bringing through our own young players is a pivotal part in how I see this club moving forward.

“I feel it’s a really good bit of business and I’m delighted that he’ll be with us for the foreseeable future.”

Director of football David Holdsworth said: “Something I spoke about a lot when I first came to the club was that we wanted to create our own DNA and identity. One of the ways of doing that is by bringing through good young players from our own academy system.

“The only way to achieve that is to nurture and develop those young lads who you identify as having a chance. It’s important that work is done alongside the first team management staff, and that’s certainly how Steven has been doing things since he came in.

“It’s a method and ethos we feel is important for a club like ours because we feel it’s the best way forward. The key to it all, of course, is having players who are deserving of being pushed forward in the first place.

“The harsh reality is that if these players aren’t good enough, they won’t make it through. However, we’re now showing that if players do work hard, listen, and demonstrate their ability, they will get the rewards that go with it.” 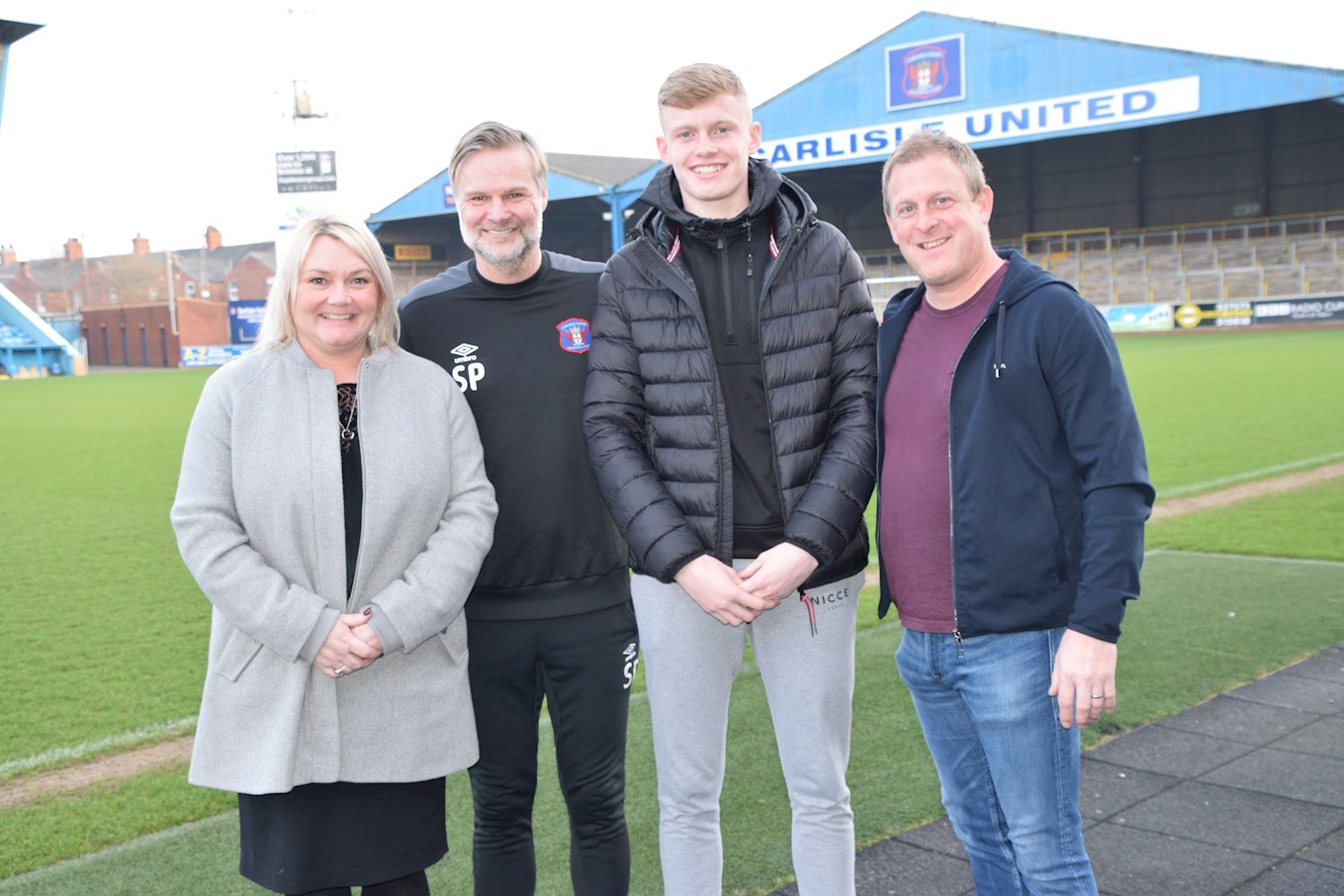 Academy manager Darren Edmondson said: “It’s great news and another good statement from the football club on the policy of continuing to bring our own players through. Jarrad has been with us for such a long time and we’ll hopefully have others doing the same thing in the not too distant future.

“Things like this matter for the growth of the club. Jarrad is the next one to make it this far, and he’s done it by being consistent all the way through the age groups.

“All of the other scholars should see this as a huge plus. It shows the need to keep working really hard every single day, and to make sure you take the opportunity to impress when it comes along. It doesn’t matter whether you sign your contract early, or on the last day, it’s all about reaching that successful end goal.

“Getting players like Liam [McCarron] and Jarrad through is a huge pat on the back to every coach that’s worked with him through the age groups. Signing this contract early will mean he’s emotionally and mentally in a very good place and we have to harness that to turn it into even more of a positive, not just for him, but for every player currently in our academy system.”

We'll have more reaction to this news on the official website later today.


There was just one change to the starting eleven at Newport on Tuesday night with fit again Danny Devine stepping into the right back position in a switch of personnel that manager Chris Beech agreed...


United came away from Rodney Parade on Tuesday feeling pleased with the performance – but also with a slight sense of frustration having created the better of the chances and having held the upper...