United manager Steven Pressley spoke to us about what the expects to be a tough game against MK Dons this weekend at his Thursday afternoon press conference. 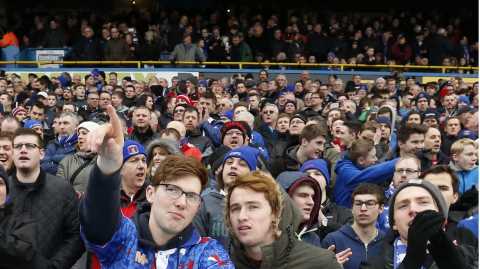 #8kforMK: Ticket and catering information ahead of tomorrow's match

“MK Dons are above us in the league at this moment in time even though they’ve had a bit of an indifferent patch, just like most teams in this league will go through,” he said. “They got themselves back on track with a great result at Newport on Tuesday.

“They’ve got a very experienced manager in this league and a lot of good players. They’ve probably got the strongest squad within the division, so it will definitely be a big challenge for us, but it’s one we’re really excited about.

“Like I said after Tuesday’s game, we saw the reception we got from our supporters and we must show that same intensity and desire on Saturday. If we do that it will be a really interesting game.”

“People talk about budgets, and I think if you were to look at football on the whole, there is no doubt that the teams that generally have the greatest success have the greatest resources,” he added. “You always have that curveball, and our job as coaches is to maximise the resources we have.

“They brought good players in during the window and they’re a good team who have just come down from League One, and it was only a few years ago they were in the Championship, so they’re a club with good resources. They’ve got a chairman who has backed their manager this year and they’ll be desperate to return to League One, but so are we.”

“We’ll consider how they’ll set up, which will allow us to press at the appropriate times and in the correct manner,” he explained. “We’ve done analysis work from our own game on Tuesday and we’ve looked at tidying up the things we’re still getting to grips with, and I think if we get to grips with those aspects we can become a really good team.

“One of the big factors for us is that we really concentrate on ourselves as well. Of course, I have to point out strengths and weaknesses of the opposition, but we spend a lot of time looking at our own performances in training and when we do analysis work.

“You can concern yourself too much with the opposition, I don’t think that’s right for us, I like the players we have here and I want them to impose our game play on the opposition.” 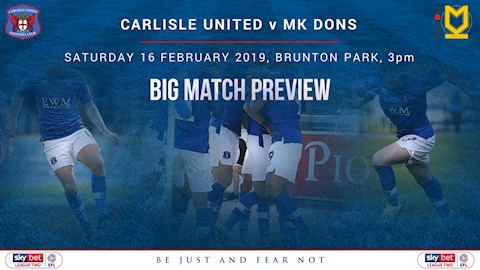 Speaking more on the opposition manager, a man who is regarded highly across the game, he told us:

“Paul Tisdale is a really experienced manager at this level, he’s highly thought of and he understands the league,” he said. “He had a really successful period at Exeter during a difficult spell and managed to bring through a lot of very talented young players.

“He put a lot of stability into that squad and he’s left them on a very sound footing. On the back of that he’s got a very good job at MK, where he obviously feels he can get promotion. He wouldn’t have moved from Exeter to MK if he didn’t believe that was a step towards him getting a promotion, so he’ll be desperate for that, as we are.”

On team selection headaches, he said: “Mark Cullen got a bit more pitch time on Tuesday and we’ll assess him again on Friday. I’m not going to reveal who, but we actually have several key players that are very doubtful for this weekend, along with Devitt of course.

“I might be forced into a number of changes because of that, but I’ll assess again tomorrow. We’ll work with the players over the next 48 hours to try and get them ready, but if they’re not then I’ll be forced into several changes.”

And on the situation with midfielder Jason Kennedy, he told us: “When we talked about Jason going out on loan we didn’t want him to go out for the entirety of the season.

“We wanted him to go out for a period of time, maybe six weeks, so he could get games and get him up to speed, so he could come back and play a part. That was our intention, but we can’t find a club that suits just now.

“The next stage is that we will organise our own friendly games, the first of those will be on Tuesday, where he’ll hopefully get 90 minutes. It might take us to organise a couple of those over the next three or four weeks to really get him up to speed, then hopefully we’ll have a fit Jason Kennedy, which will add real quality to the squad.”