United gaffer Steven Pressley spoke more about last week’s transfer window activity and what he hopes his new players will add to the squad over the coming important weeks and months. 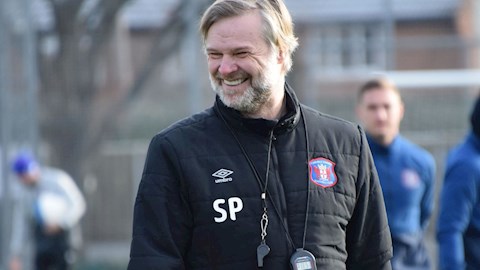 MANAGER: It's been a very good transfer window in my opinion

“We’ve got a group together now that will give us options and real competition for places,” he said. “We now have players in defensive, midfield and attacking areas who will all be pushing each other and who can give me different variations of a very attack minded approach.

“With Mark Cullen, he’ll have to be a little bit patient. He hopes to start stepping things up next week and hopefully the weather will be a little milder which will allow us to train on grass, which will suit him more.

“That’s the same for Gary Liddle. He would have possibly joined in training last week but we trained four of the days on astroturf, which isn’t ideal. If we are back on the grass on Monday it should see Mark and Gary integrated back into the group.”

“With Mark, he’s a very hard-working player. He makes life very uncomfortable for defenders and I don’t think I’d have enjoyed playing against him because he doesn’t give you a minute. He’s proven at this level and he has a promotion and goals at this level.

“Players like him are very infectious and he’s the kind of player supporters can relate to. All fans want is to see a player put maximum effort in, and he has that in abundance. He’s a good striker who I think will fit in really well.”

“Both Stefan Scougall and Callum O’Hare can play as attacking midfielders and they also add more competition to an already competitive area,” he added. “I think the two who play in front of our defenders have to contribute with goals and assists. It’s crucial to the way we play.

“Scougall has the ability to eliminate players and create big moments, and O’Hare can do the same. I can see them both getting the fans off their seats. With Stefan, I know he’s quick and he can see a pass and I know he’ll give everything for the team.

“It was interesting for me prior to coming into the club, when I spoke to Tommy Wright and Paul Murray about targets, and they already had Stefan on their list as a player they were going to try to get in. It was actually perfect that we were all in agreement that he would be an ideal fit. 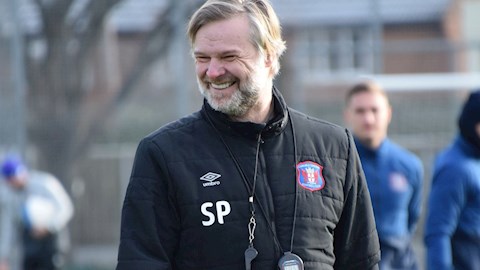 “We have players in our team like Hope, McCarron and Thomas who are exceptionally quick. They’re the kind of players who need the final pass, or who need the moment unlocked, and when they get it that’s when they can then become extremely effective.

“We’ve had the ability to pick passes with Jamie Devitt, but we want more players who can give us moments like it.”

“We’ve been quite effective in recent games with Dev playing as a false nine, with a slight variation on a 4-3-3 to allow him to take up that role,” he commented. “These new players give us different variations on that again because they can do different things.

“If we then go to the likes of Connor Simpson, he gives us a different option again with him being a real physical presence. It means that in certain games we might pick certain players to exploit weaknesses we identify, and having players with different attributes gives you good options.”

“With the counter-attacking style we play, it’s good to have players who can fit in with that,” he continued. “When I watched a lot of the footage before I came into the job, I thought Hallam Hope was very effective when coming in from wide.

“Although he plays there, we don’t restrict him to staying there when we have the ball. We look for runs through from those positions from our forward players, whoever they may be.”

“Nathan Thomas gives us speed and one of the things that was appealing about him was that his best period in the game so far came at Hartlepool, when he played on the right-hand side of a three,” he told us. “He scored a lot of goals from there, and he’s a player who wants to play in the same way as we do.

“As well as looking forward, we have to remember that a big part of the success of the team so far this year has been based on our two central defenders, who have been extremely good,” he said. “There’s always a concern that you could lose one of those through injury and that would be a big berth to replace.

“We had to find somebody who I felt was of a similar mould to those and Peter Grant is certainly that. He won’t disrupt how the team functions when he plays because he’ll do the simple things well and he’ll defend properly.

“He’s also a great character and he’s looking forward to the challenge.”