In the second part of our interview with keeper coach Craig Wight we spoke first about the upheaval faced by the club at the end of December when news broke that John Sheridan had decided to leave the club to join Chesterfield. 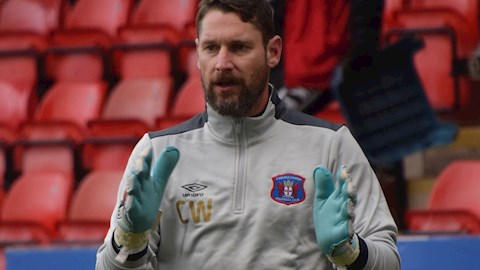 INTERVIEW: It's a place where it's a pleasure to come to work

“We’re all seasoned enough in this industry to know that it happens, it comes with the territory,” he said. It isn’t ideal, but John had his reasons for deciding to leave, and that’s on him.

“It was even stranger for me when it happened because I was ill for the four days leading up to it, and I was living in Scotland at the time, so I wasn’t going to come in. My mum made sure she woke me up at half five in the morning, so that I could set off in good time, and I decided that I felt ok enough to get up and drive down here.

“It was fortunate that I did that or else I wouldn’t have known he was leaving, because it was that very day that he announced he was moving on. I was in the office when he told us, actually just about to head out to start the training session.

“It does take you back for a moment but, like I say, once you’ve been in this industry for a while you know that this kind of thing happens. People come and go and they’re only in your life for a short period of time.

“For the spell that I knew him I think he had an impact on so many people around this club, just with how he is and the person he is. He couldn’t have been nicer to me, he made me feel very welcome and the standards he set for everybody have been continued now that Steven has come in.”

“What you have to do next is get on with doing your job to make it as easy for the new manager to settle in as it possibly can be,” he explained. “We’re all very professional in what we do and how we do it, so we keep our focus and listen to what he wants us to do and how he wants to do it.

“As the keeper coach, for example, I know what work I want to do with the lads, so my first question to the manager is – how long do I have? If it’s 20 minutes or 30 minutes, or whatever, that’s when I can start to think about where I can claw out another 10 or 15 minutes, even if that means going out a bit earlier.

“There are so many different ways to do the same job in coaching and that’s where you take everything for what it is, at face value, so that you can fit it in with what you believe are the right things to be doing within your area.

“Thankfully Steven clearly has the same type of thought process and ambition, and that means you can easily come together and push on in the same direction. In terms of the coaching staff I’d say we’re working well as a unit because we’re all like-minded people.

And having been left to get on with the important task of keeping the keepers at a high state of readiness, he also revealed that the process of analysing performances has been governed by a very sound approach from his two first team glovesmen.

“When we’ve conceded goals this season, I don’t think it’s because anything has ever gone wrong, there are just situations within situations that you have to deal with,” he said. “Adam is very good at looking at those situations without even being spoken to because he has the same mindset as I have and he works through his own process.

“I’ve spoken before about people being outcome based or process based, and it still might be that the question to ask is, did he save it or did he not? Even if that is the case, you’ll still be able to work yourself through the stages of how it ended up where it ended up.

“Like I say, Adam is very good at doing that very quickly, and Louis is getting better at it. I don’t think he’s ever thought that way before, I might be wrong on that, but he’s definitely getting into the mindset of analysing in stages how things work through.

“With Adam, we exchange text messages after the game and we talk on a Sunday, if needs be, and we exchange opinions on what we think happened if we do concede a goal. We maybe don’t always agree, but at least our opinions are out there, and we’re open enough to talk to each other about it.”

“It’s important to have that range of opinions, and it’s the same when Nicky Hill and the two young youth lads come in to train with us,” he told us. “They all have their thoughts and it’s great to hear them because, maybe, we just might be learning from each other.

“The good thing we have is that we all love the position so we talk about who we think is good, who isn’t, who made great saves in different games, and things like that. It’s a position we’re happy to talk about all day long. 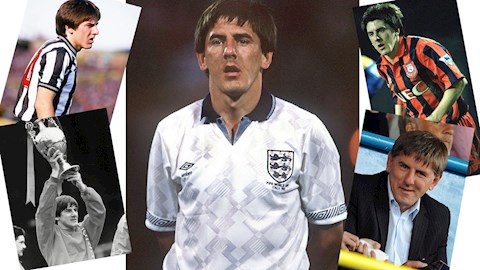 “The department we have – Adam, Louis, Nick, Regan and Ben – is a strong department as a group, and that’s good because you can only ever do so much by yourself. You need everybody to be pushing the goalkeeper who plays on a Saturday to help him to get his clean sheet.”

“From there, the rest of the team needs to be working hard as well, to stop the opportunities coming along where the keeper has no chance,” he continued. “Every player who has been a part of the defensive structure so far this season has worked with the keeper to make sure they’ve been compact and tight, and that’s because they know they have to function and trust each other as one.

“In terms of the lads being ready, if we’ve done Monday to Friday well enough then hopefully Saturday takes care of itself. I don’t mind repeating that I have two fantastic goalkeepers and I don’t think there’s a team in our league, or probably the league above, that has two like the ones I’ve got.

“When it comes to kick off time it means the Al Pacino speech from Any Given Sunday isn’t needed. They just go out there and do it themselves. You always beat yourself up over goals conceded, of course you do, but if you take a step back and realise you couldn’t have done anything about it, which has been the case with most of the goals we’ve conceded since I’ve been here, then you still, as a keeper, come away feeling happy about the things you did affect, even though you’ll still hate the fact that you lost the game or let a goal go in.

“Sometimes you have to accept that you get a Grainger or a Devitt who smacks it, and you don’t even see the thing until it’s past you. It’s in those situations where you need to have the mindset of looking to see if you did everything right. If you did, and it still goes in, it means you couldn’t affect it, so move on.

“There’ll be a situation coming very soon where you will be able to affect it, and that’s what all of our work, talking, training and analysing is for, so that you can be as good as you can be when you’re needed most.”

Click HERE to watch an interview with Craig Wight on iFollow United now.

INTERVIEW: It has to be a time when you show your strength


Defender Aaron Hayden took the role of team captain for the home game against Crawley on Tuesday night and he admitted afterwards that right up there with the honour of wearing the armband was keeping...

INTERVIEW: It has to be a time when you show your strength


Defender Aaron Hayden took the role of team captain for the home game against Crawley on Tuesday night and he admitted afterwards that right up there with the honour of wearing the armband was keeping...