We caught up with youth boss Darren Edmondson shortly after full-time on Tuesday night to get his thoughts on the Cumberland Cup game against Cleator Moor Celtic. 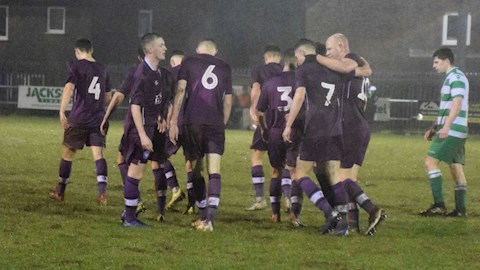 “I think these games are excellent for our lads,” he said. “To come here on a difficult pitch, with conditions as they are and with tackles flying everywhere, is a great learning experience for them.

"I thought the discipline and the way the lads moved the ball was really good. You can get caught up in these games and end up knocking it long, especially in these conditions where there’s a strong wind, and they could have blamed the conditions had it been a poor performance.

"They didn’t do that, they used the things we’ve been working on in training. They found positions to get on the ball and played through them rather than knocking it long all the time, because we just haven’t got the players to play like that."

On the end-to-end nature of the game in the first half, he commented: “We had some 1v1 situations early on and we could have been ahead.

"Full credit to Cleator Moor, they played some good football at times. They get a bit of stick for playing a certain way, but I think it’s a bit unjust at the moment. I know John George is trying to change the mentality, and you could see tonight that they had some good passages of play."

“All four goals in the game were great goals when you consider the conditions," he continued. "Louis Gray made a fantastic save from a shot in the first half as well, to keep it at 1-0.

"I thought it was a good game in the circumstances, both teams tried to play and we got a good spectacle. They had a decent number of fans in to watch and they’ve seen some of our young lads who have done very well tonight.

“You can’t pick and choose when you’re going to turn up and play your best game, even when the pitch and conditions were as they were. The referee said the game was going ahead so our mentality had to be right.

"Myself and Gavin [Skelton] passed our advice on about these sorts of games, and it was good for our lads to have Louis [Gray] and JK [Jason Kennedy] in there with them to offer their advice.

“Our lads will have benefitted from playing alongside a player of JK’s quality, and I’m sure we’ll hear about the different things he said to them during the game in the next few days. 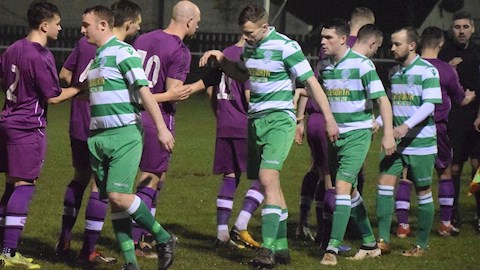 "Towards the end, when we were killing the game off, he was always there showing for the ball and moving. He got his goal with his forward run, which is what we know he can do, and I’m sure it’ll do him the world of good to get 90 minutes under his belt.

"In the last ten minutes he just sat in the middle and anchored it, and that allowed him to save his own legs, but he kept the game moving which was good for us."

“I hope our lads take a lot of confidence from this," he said. "We say to them that even if they don’t win the next game, it’s important to take something away from each game and keep learning.

"Their learning curve is improving all of the time and a game like this will help no end. It was about doing the right things at the right times and moving the ball in the right areas, we scored some good goals as well, so there are lots of positives to take."

Having now prgressed to the semi-final, he added: “We’ve had three good games in this competition so far this season and I think it’s important for the lads to play against men.

"I’m sure the draw will be live on the One Show ... or maybe Radio Cumbria, and hopefully we get another away game. I think it’s good for us to come away and pit ourselves on these pitches against these very good teams.

"It also gives these clubs chance to play against us, which isn’t meant in a disrespectful way, but if this game was played on a Saturday afternoon, Cleator Moor would have had a few hundred people here watching it and would have made a bit of money off the game.

"It’s good for teams to play against us, we’re the big team in the county, and I do think another away game will be a good learning curve for us."

“It’s good to be in the semi-finals of the cup," he concluded. "We’ll hopefully have a few more bodies fit once the next game comes around. We had to use some of the Park View boys tonight, because we’ve only got nine fit outfield players at the moment.

"If Louis and JK hadn’t been involved we probably would have struggled to fill the bench. We’ll patch our lads up, we haven’t got a game at the weekend, so it gives us a chance to let them rest and get ready for our game against Port Vale next weekend.”