We caught up with youth boss Eric Kinder to talk about what has been a very busy period for the youth team. 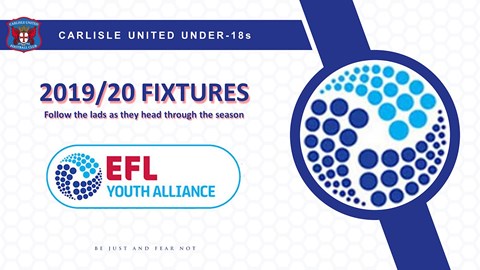 YOUTH: Fixtures and results for the 1920 season

Speaking first about the 2-1 victory at Tranmere, he said: “The conditions were terrible and we actually thought on our way to the Liverpool area that the game would be called off. To be fair to them, we got there and the pitch was in excellent shape.

“We went behind in what was a tight game initially but our response to that was fantastic. In fact, the most pleasing thing from that day was the way we managed the last eight to ten minutes, and that’s what got us the victory.

“Kyle [Soper] got us back in it with a penalty and you could see the lift it gave the lads. They’d picked up the pace a little bit when they went a goal behind, so that was a reward for the efforts they put in.

“Jayden Major got us in front, which was a nice moment for him. He’s in on-loan from Burnley and we moved him out to the left-hand side as we changed things around. He cut in and sent a shot past the keeper and it was from then onwards that we really settled down to manage the game.

“That shows us that we aren’t just getting development in terms of football, we’re also getting it with the mentality that’s needed in different stages and phases of a game. We’ve gone behind, but we’ve reacted, we’ve got level, and we haven’t just settled for that. We’ve pushed to go ahead and, when we did, we’ve dealt with the ball in a calm manner.

“It’s very, very encouraging because, and as I said right at the start, they’ve also had to deal with some horrible weather.” 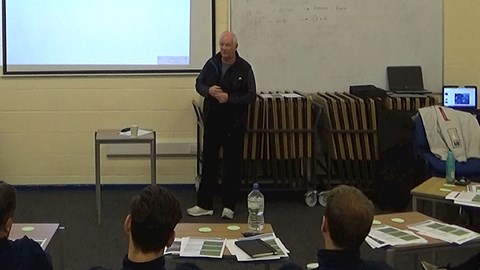 Next up for the young Blues was Saturday’s 1-1 home draw with Walsall.

“Walsall are a good side and they always give us a tough test,” he told us. “I was really pleased with how we started the game because it was a continuation of the good things we’d been doing previously.

“We got ahead straight from a corner kick from Charlie Birch and I thought ‘go on then’ let’s drive this home. Unfortunately, it didn’t quite go that way for us.

“We had to make some substitutions, which altered our balance a little bit, and that affected the way we transitioned from our own half into their half. One of those substitutions I didn’t mind at all because it’s what this job is all about.

“The manager wanted to me to take Charlie Birch off at half-time because he was using him on the bench against Grimsby the following day. That’s fantastic as far as I’m concerned.

“I’d rather not have Charlie for the second half of my game due to his involvement in a first-team fixture than have him because none of the young players are being recognised. Chris Beech is fantastic with that side of things and it really does give the lads something to aim for.

“With the game, I wasn’t surprised when Walsall equalised, you could see it coming. I actually thought they’d go on to win it, but as it turned out it was us who looked like scoring as we went into the last 15 minutes.

“Jamie Armstrong was really unlucky with a free kick that the keeper somehow managed to get to and we had other chances as well. However, overall I’d say the draw was the fair result.”

In amongst the very busy youth fixture schedule was a Central League Cup game against Wigan Athletic, played at Frenchfield Park.

“That was a tight game as we saw with both goals coming with just a couple of minutes left to play,” he said. “I was pleased with all of the under-18s who were involved.

“I’ve told them that if they keep playing the way they are then they’re going to leave people with big decisions to make. It has been busy for them, but they’re taking it all in their stride.

“They’ve got one game left against Blackpool now, this coming Friday, before they get a mini-break over Christmas. That will be played on astro, and we’re not the biggest fans of that kind of surface. Having said that we beat Accrington comfortably and we had draws with Mansfield and Morecambe on it, so we’ll see how we get on.

“Unusually the amount of games we’ve played means that we only have 11 league fixtures left to play in the new year. With postponements and rearrangements you tend to find that you have the bulk of your games left after Christmas, but that isn’t the case this season.

“The lads know they need to utilise that when they get back and give it everything they’ve got. If they carry on in the manner they have over the last few months then, like I say, they’re going to be doing themselves no harm at all.”


United's under-18 team have a tough pre-season ahead with them scheduled to face four Category 1 outfits.