Head coach Chris Beech took his first look towards the weekend as the squad prepares for the long trip to Colchester. 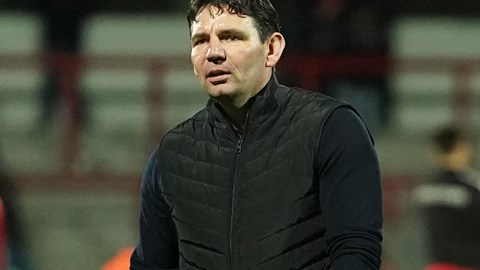 INTERVIEW: Still things for us to work on

“It’s one we’re looking forward to,” he said. “We’ve got a full week of working with the players which will be good for us all. It gives us a good chance to work them hard because that’s one of the ways in which we’ll make ourselves better.

“With some good tests coming up we know we can play better in terms of passing, and moving, and that’s what we need to produce. That’s why I need to put sessions on that challenge and enhance that, and that’s what I’ve been doing.

“That might be why the lads have responded in terms of being harder to beat, and why we were more structured in terms of that aspect. Despite that I want to step it up because I want everybody to be excited by what we’re doing.

“We’re nearly there but we can’t just dip in and out. I want us to be consistent and I want the lads to really express themselves, especially the attacking players, in that last attacking third. We’ll be working more on that this week with the game on Saturday in mind.”