Having secured a well-deserved clean sheet against Forest Green on Tuesday head coach Chris Beech spoke about the strong performance from his central defensive partnership which contributed to the restriction of chances presented to the away side on the night.

INTERVIEW: Everyone had to put a shift in

“It was our sixth clean sheet of the season, the first under me, and it doesn’t need me to tell you how important they are,” he said. “The good thing with this one is we were playing against a team at the top of the league and we didn’t leave Colls [Adam Collin] with too much to do.

“It was a game where we had everyone backing each other up and Byron [Webster] and Aaron [Hayden] were throwing themselves into blocks. We had Canice [Carroll] blocking that hard that he tackled Byron for one of them.

“Byron was a bit ill but he is giving one hundred percent, and I like that. The blocking and tackling is something we want to see and get better at because we know it will look after us in the longer-term. The central defensive partnership was excellent and they looked like they enjoyed themselves.

“We subbed Byron late in the game because he felt under the weather but, three games I’ve been here and he’s been excellent. I know him from playing against him at Millwall. I know he’s had a strong career. You can see that when he’s blocking, he’s giving everything, every inch of what he is.” 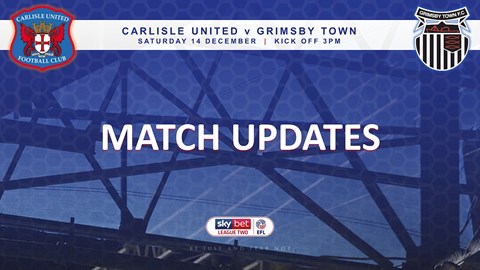 MATCH UPDATES: Hints and tips ahead of the weekend game

The other half of that partnership brought another man-of-the-match display from teenager Jarrad Branthwaite.

“Jarrad was brilliant,” he agreed. “He obviously enjoyed playing in his natural position in terms of how he’s developed. I had massive information on the way he played for Carlisle in the FA Youth Cup at Fleetwood.

“I’m a Fleetwood man, he was excellent as a midfield player and he has the skill sets to play both roles. I know if he was younger, or possibly not as far down the line at playing centre-half, that we could work on that.

“I look at people like Declan Rice, and Michael Carrick, who’ve played a little bit of both. Jarrad has the capabilities of doing both, that’s why I tried him at Morecambe, because I enjoyed Michael Jones playing further forward with Scougs.

“On Tuesday I used Jonah as a deeper midfield player, and Jarrad slotted into his defensive role, but he played left side. So he’s played left side, right side, in a three under the previous management, and as a four at Morecambe. He is an excellent football player.”

Speaking about the speculation that continues to surround United’s youngest ever goal scorer, director of football David Holdsworth said: “We’re fully aware of the rumours that are out there regarding Jarrad and all we can do is reassure fans that everybody at this club is delighted that we have this young man with us on a long-term contract.

“It’s no surprise that other clubs are aware of his emergence, that’s the nature of the business we’re in, and there will be scouts taking note of his abilities on a weekly basis. That interest will remain as Jarrad continues to establish himself in the first-team environment.

“We can’t avoid that, but what I can tell you is that no bids have been received and there are definitely no deals or agreements in place with any club at any level about Jarrad’s future.

“He’s a great kid, his family are fantastic, and we’re delighted that we’ve been able to help with and watch his development through our academy system. Tuesday night’s performance was excellent from him and he fully deserved his man-of-the-match award. We’re looking forward to seeing more of the same from him as we go on from here.” 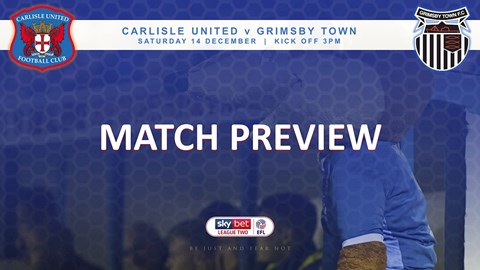 MATCH PREVIEW: A look ahead to the game against the Mariners

With some real options in defence for the head coach at the moment, with Jon Mellish and Christie Elliott also chomping at the bit, he admitted that it hadn’t been easy to make the final selections for the FA Cup replay.

“There are some choices, but that’s where you want to be,” the gaffer said. “I could have played Knight-Percival at left-back, Elliott at right-back, but I went with Gethin at left-back in the end.

“I know Gethin from Everton, he used to play against my youth teams, I know him from Fleetwood from playing against him. I know his adaptability. I know he marked our best player at Rochdale Ian Henderson out of a game when we played Fleetwood once.

“He can do it. He finds himself in the situation he is and I’ve challenged him to show more aggression. If he adapts the way he plays it will mean we’re winning the ball back more often.

“At the moment I’m assessing the players, I want a faster game, I want to win the ball back nearer the opponents and I need players who will run and commit to that. There will be disappointments for players when they aren’t picked within that.

“It was difficult in my first game because Christie Elliott and Elias Sorensen didn’t come with us. That’s hard, but I’m going to need everybody and they know that. I want them to all enjoy moving forwards as a group.

“Elias, Fela, Louis Gray, they’re as important as Aaron Hayden scoring because it will change as we progress, and they’ve got to support each other in a competitive environment to make sure we’re winning regularly.”