United face fifth-placed Bradford City on Boxing Day with the Bantams having slogged out a 1-1 draw with Salford City on Saturday afternoon. 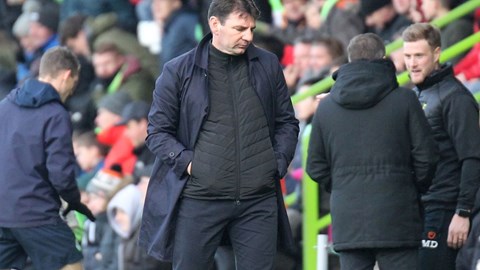 INTERVIEW: I won't accept a lowering of standards

For the Blues, it’s a case of getting looking for a response following their trip into Essex at the weekend.

“We’re obviously looking for a response, but we’ll see, won’t we, it’s as simple as that,” Carlisle boss Chris Beech said. “We can talk about it, but that doesn’t matter, it’s about our actions and how we address what’s gone on.

“It’s about how honest we are with ourselves and it’s how we respond. That will be a measure of how much Saturday really hurt. There’s only one way to turn things and through hard work. It’s simple, but it’s how it is.

“We’ll be looking at different aspects of what we need to improve on and we also have to prepare properly for what is a big game. It’s a great occasion, you’re playing at home, against Bradford, one of the biggest teams in League Two, and we should be looking forward to the challenge of taking on one of those juggernauts.”

“We are obviously looking for a reaction from the weekend,” he added. “Colchester were not three goals better than us but the scoreline suggested they were. 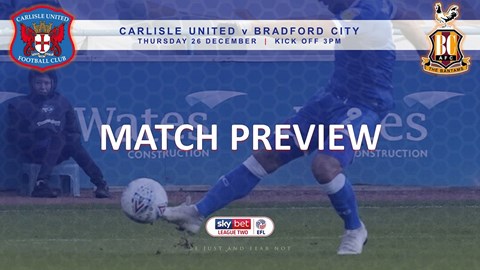 MATCH PREVIEW: A look ahead to the Boxing Day game

“We had a situation where the players, Scougall, Jones, they were giving a hundred percent, and we’ve got to support the likes of Aaron Hayden in terms of how we are as a squad and as an eleven. I want every player to represent the values of Carlisle United.

“In terms of Saturday, I felt we were in the fight, and it was an own goal that changed perception of the game. The second goal comes off a good save from the skipper then a scruffy shot that goes in the bottom corner.

“It happens, teams get beat across the country, we didn’t accept it, we had opportunities to get our better aspects in front of goal, but what isn’t acceptable is the outcome and the last 15 to 20 minutes. It’s these areas where we need to raise and maintain our standards.” 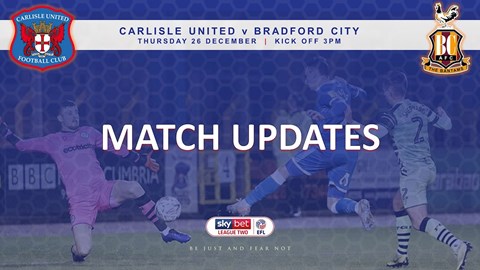 MATCH UPDATES: Hints and tips ahead of the Boxing Day game

United’s loan numbers were reduced from five to four with the recall of striker Elias Sorensen by parent club Newcastle United on Saturday afternoon.

“The club has released a statement and everybody’s clear why that was,” he said. “He’s been unfortunately unsuccessful in his two loans, so his club that own his contract are supporting him to get him back on board, try and reboot him and get him going. It’s their investment and we’re comfortable with that.

“We want to progress the team in many factors. I want to make sure we have higher standards. I’ve obviously inherited a situation I need to improve and I’ll be working hard to achieve that.”


Carlisle United can confirm that defender Max Hunt has made his move to National League side Yeovil Town a permanent one following a successful initial one-month loan stay.