United’s head coach Chris Beech confirmed on Saturday that the injury list should see a reduction in numbers sooner rather than later as he went into the weekend without Jack Bridge [ankle], Jack Iredale [knee] and Harry McKirdy [knee]. 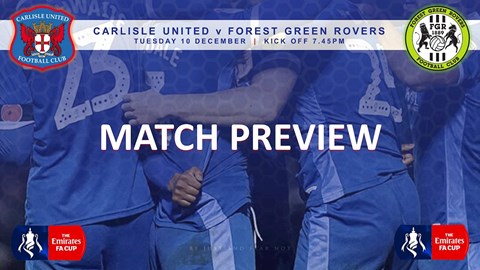 “The good news is that none of them are major injuries,” he said. “Jack Iredale went into a couple of 50:50 challenges last week at Forest Green and his knee was sore. He had a scan and he’s seen a surgeon, but they’re comfortable they don’t need to operate, which is good news. The timeline for that is probably about two weeks.

“Jack Bridge turned his ankle in training last Monday. He’s apparently had that earlier in the season and it’s come back, which isn’t good, but I want him to get on top of that.

“McKirds had a little lump in the back of his knee and, again, Dolly’s had it scanned and it doesn’t seem to be anything major. I tried my best to include him in training on Friday because he’s a game changer. He would have been great coming on for us on Saturday if he was fully fit, but he wasn’t available.

“The pleasing thing is that with Dolly we’re on top of the injury situation and we’re managing it in the best possible way.” 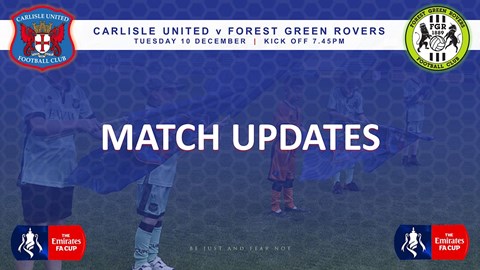 Also missing on Saturday was first team coach Nathan Rooney, who was sent off on important duties with the short-term future in mind.

“He was doing a bit of work for us,” he explained. “He’s gone to have a look at somebody because we’ve got to get ourselves ready for January. It’s fantastic that we have so many good people doing their bit, and it’s been that way from the minute I walked through the door.

“As I’ve said before, the aim is for us all to represent the fans in the manner they expect. Last week was a hard week and the players put the effort in, and the data I’ve got back off the sports scientist suggests that.

“We pushed them then we rested well to try and peak on match day. My first two games, two away games, I’ve seen three good goals scored but we still need to cultivate that extra pass and work on our possession, but we’re playing a bit more in the opposition’s half and I felt very controlled at the back.

“It got a bit scrappy in the last 15 minutes, but it was vital that if we didn’t win the game we didn’t go the other way and lose it. That’s pleasing from a manager’s perspective, because I did make substitutes to try and win it, but while I tried to keep the structure of the team together.

“There’s a lot I’ve seen that’s encouraging. You can see the lads are responding, you don’t need me to tell you that. They’re putting the running in and the players who can help us to win matches, the likes of Hallam Hope and Nathan Thomas, they’re stepping up. To win games you have to show winning traits and hopefully we’re starting to get that.”

“One of the exciting things about this club is the potential it has,” he commented. “You don’t have to tell me that’s there, I can see it when I just meet an individual in the street.

“When I see some gentleman buying a ticket, I’ll speak to them, I can feel what they feel, I understand what they want. I want it for them, I want it for me, and for the lads. I want it for everybody. We’re nearly there. It’s little differences that can really make a big difference, and we’re very close.”