United boss Steven Pressley gave us his reaction to the away defeat at Cheltenham shortly after full time on Tuesday night. 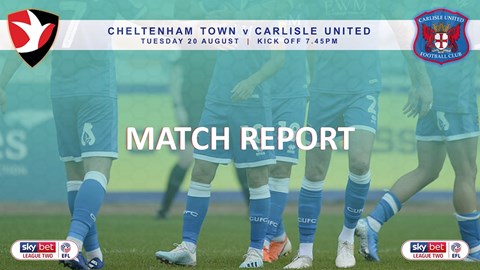 “I actually thought in the first 15 minutes or so we started the game really well,” he said. “We were really aggressive in the opening period and we were dominant, but I thought the goal we conceded spooked us. Once we lost the first goal we lost our discipline, composure and our belief to play.

“For the second part of the first half we looked unrecognisable, and there were a number of aspects which didn’t help with that. The back four line was too deep, we needed to push that up quicker and be more aggressive.

“We needed to win more first contact, which we didn’t do, and we needed to believe in the way we play more. We did that in the second half and we looked like the sort of team I want us to look like, but we simply cannot give ourselves the mountain to climb like we did tonight and like we did on Saturday.”

With the Blues having gone behind from a set play corner routine, he commented: “To concede a goal from a set piece like that does rankle with me because we showed the players footage of it.

“It was an aspect we went over on Tuesday morning on the training pitch. We were absolutely clear on how they work that particular set piece, and we cannot give up goals like that, especially when it’s been covered in the manner it had been.

“We have to take responsibility as a group and not allow these things to happen. That aspect of it is really disappointing.”

“It’s hard to say why that sort of thing happens, but we’ve all got responsibilities on it,” he added. “I know whose responsibility it was and I’ve spoken to them. We cannot work the way we work and then give up goals like that.

“To concede again right on the stroke of half time was also disappointing. At 1-0 we can go in and change things without having a huge mountain to climb. Don’t get me wrong, we had enough chances in the second half to get a goal.

“I think Byron’s [Webster] shot hit Fela [Olomola] on the line and Nathan [Thomas] had a number of opportunities, so we had some big moments. When you’re two goals down you need one of those to go in to put them under a bit of pressure.”

On the first half spell which saw United lose their pattern of play, he told us: “We’re a new team which is growing and trying to play in a certain way.

“You have to learn to overcome difficulties and keep doing the things you’re good at. We managed the early part of the game really well, but we stopped believing and playing in our manner after their goal.

“When you come away from home you need a strong mentality to win these games and you have to win your one-to-one battles. In that moment for the first goal we didn’t manage that.

“We went direct when it was on to play, and it meant the game became stretched and a second ball game, which isn’t what we wanted. The big message for me is that we need to keep doing what we’re doing and get better at what we’re doing.

“When we do the good things well, we’re a very good team. I didn’t see whether there was a hand ball for the second goal because it was on the far side of the pitch, but we have to have a better mentality just before half time to make sure we don’t concede.

“We’ll work on the aspects we continue to look to improve. I said to the players after the game that we got spooked for 20 minutes after their goal, and we can’t allow goals to affect us like that.

“We’re a new team but we must have a better mentality when we go behind. We just stopped playing our way. We all know what we’re asked to do and we just lost our way in that period.” 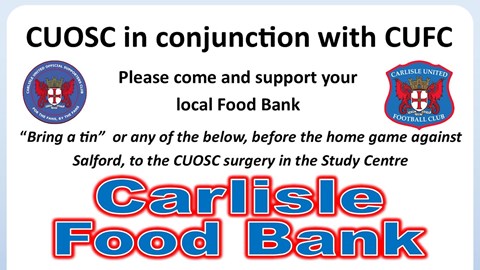 Speaking about his decision to with an unchanged starting eleven, he said: “I could have made changes after Saturday but I felt that many of these players had performed well at Barnsley and it was an opportunity for them to do that again.

“As I said after the Mansfield game, I wasn’t disappointed with the application and desire, we just lost cheap goals, as we did tonight. We won’t win games if we lose cheap goals, and that’s something we must improve on. If we keep working on what we are, then we’ll become a good team, but we have to have a better mentality in those big moments.”

And on his plans for new arrival Elias Sorensen, he told us: “Sometimes you can make changes for the sake of change. I actually thought we were functioning really well in the second half, so I didn’t think the change was required.

“We have to remember that he came in the building on Thursday night and he’s only trained two sessions with us. We haven’t yet had the chance to work on the tactical elements and we still have a lot of work to do with him.

“We have 50 games ahead of us, so let’s not get too ahead of ourselves that he hasn’t featured yet. These players have worked together for seven or eight weeks and they understand what we’re trying to do, and he will play a major role this season once he settles in and gets to know us better.”

With a final word for the 207 fans who got behind the Blues at Whaddon Road, he said: “I said to the players before the game, and at half time, that we have a duty to these supporters.

“They’ve come a distance and they show amazing support and loyalty to this club, and we always have to play with that in mind. Make no mistake that we appreciate them following us in the way they do.”