Carlisle boss Steven Pressley spoke more today about the need to turn the good play into points on the board as the squad faces another run of Tuesday-Saturday fixtures. 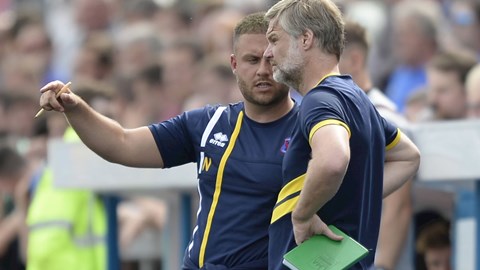 MANAGER: We have to win a game like that

“We turn these performances into wins by eradicating the defensive moments,” he said. “I think on the whole we’re defending well. We’ve lost two goals in each of the last three games but we’re actually not giving up many chances.

“We’ve got to be much stronger in these moments and we have to convert the chances we’ve created. That’s how the tide will turn. Looking at the second half from Saturday, it was one-way traffic where we cranked it up.

“The players showed amazing fitness levels and some amazing, attacking football, which I want, but it has to become winning football. I was never an expert finisher so it’s hard for me to comment on why we didn’t take our chances.

“Sometimes it’s the concentration. When Scougs runs through he has to go again. He tried to take it early and curl it, but I thought he should have gone one-to-one with the keeper, because he was really advanced.

“Sorensen said 100 per cent he should have scored. It would have been great for him to get that goal. It would have been a fantastic thing for him after waiting out the last game or so. We just have to keep going. I think there’s a lot of positives. I shouldn’t be sitting here in any way disappointed in the performance. I’m just disappointed we didn’t win.” 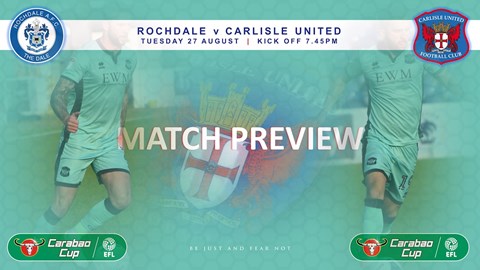 Speaking more about the need to tighten things up at the back, he told us: “We work on it all the time and it will turn. We have to do better in these moments when we’re defending our box.

“My defenders have my complete confidence. These two players [Knight-Percival and Webster] are terrific characters. They’re amazing about the place and they’ll know themselves that we need to be better in the key moments, they don’t need me to tell them that.

“They know the standards they expect of themselves. It’s early-season and I have great faith in them. Yes, they know they have to do better in these moments, but they’ve got a manager that fully believes in them.

“I’ve been there before, I know what it’s like. You sometimes go through phases where everything you seem to touch goes wrong. That’s football, but we’ll get through that.”

Much of United’s good play came from the midfield area, and the manager was quick to heap praise on the approach adopted by the central three of Scougall, Bridge and Jones.

“They midfield trio amazing,” he told us. “I knew what Scougall was when I brought him here, and Jones is such a reliable player, a real pivot of the team.

“Bridge has been a revelation, he’s really taken on what we’ve tried to impose on the team. He’s been terrific for us. I’m pleased with the make-up of the midfield three. I’ve said before, in certain games, and it’s especially something I’m going to have to look at away from home at times, I’m going to need a more physical presence there.

“But when you play at home you play with the speed and control we want to play, these three give you that. I can’t speak highly enough of them. With Scougall, I think sometimes a player’s work can go unnoticed a little bit. The distances that player is covering for this team is quite amazing. Not only does he initiate a lot in possession, he initiates a lot out of possession. He’s a manager’s dream.” 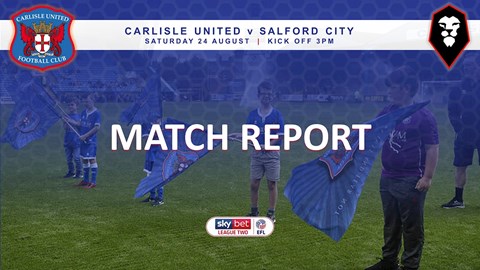 Working ahead of the middle trio is Nathan Thomas, who once again provided an assist to get things going for the Blues.

“He’s another who has been amazing,” he commented. “The other thing is, I think you’re seeing a different player to last season. Normally I was looking at my watch and thinking 60-minutes, he’s going to come off because he can’t run any more.

“He’s really working hard for the team this season, and when we give him the ball like we did today, boy can that player make things happen. He gets people off seats. He’ll be disappointed we didn’t convert the chances created, but he has to keep doing it, keep those standards up.

“He’s not a League Two player but he’s playing here for a reason; part of my job is to make him better. He’s improving all the time. We’ve been going with Harry [McKirdy] on the other side, but I think on reflection when you look at the performance it was the right decision to leave him out for this one.

“That’s not taking anything away from Harry, but the team performed very well. He’ll have a huge part to play in the season, all six of our strikers will, and each game will present a different type of challenge. I’ll pick a team I think can deliver the challenge we’re faced with.”

One potential concern from the game was when left back Jack Iredale hobbled from the pitch late in the day.

“The conditions were scorching, and we asked a lot of our full-backs. In the first half it was unbearable. The second half there was a bit of cloud in the sky, which helped, but the players put so much into their performance.

“Jon Mellish came on … I was a defender myself and when you come on in a game like this it’s not easy. It’s the worst position, apart from a goalkeeper, to come on in a game. As a striker you can come on and score the winner; I thought he handled it brilliantly. The kid did amazing.”