Defender Jack Iredale spoke about the disappointment felt in the dressing room from the last two games as the squad starts its preparations for this weekend’s home game against Salford City. 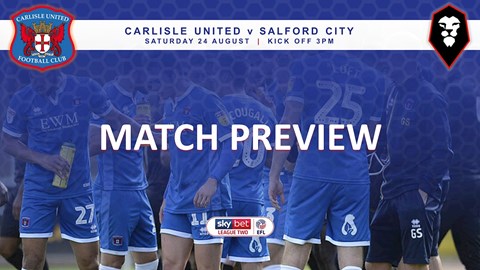 “You never want to lose two games in a row ... and in a similar manner,” he said. “Both Mansfield and Cheltenham have set up in a similar way to us, and we’ve been two goals down at half time in both games, which is incredibly disappointing.

“I actually thought we started quite brightly but they scored their goal. We tried to pick up after that, but then they got their second goal right before half time, which isn’t what you need.”

“When the first goal went in it felt like we’d been on top and I thought we’d be able to regroup and get going again,” he added. “When the goal goes in you start chasing things and doing things differently, but we were forcing it and not doing what we’re good at.

“We were better after the break, we were passing the ball around, we kept a high line and we were putting pressure on them. That meant we won second balls and we looked like a completely different team.

Speaking more about the impact the goals conceded late in the first half in both of the last two outings have made, he commented: “The goal before half time is a killer. If you’re 1-0 down you go in at half time knowing you only need one goal to change the game.

“When you’re on the pitch it always feels like we’re going to score goals with the attacking players we’ve got and the creative players we have in midfield. We’ve got goals in this team, and we created a few really good chances which, on another day, might go in.”

And on the first goal, which came from a quickly worked corner kick, he told us: “As a defender you hate conceding, full stop, but to concede from a set piece away from home is really frustrating.

“We’ve worked on set pieces so for it to come in that manner is a no-no. I think it does come down to concentration. When you’re away from home you’ve got to be switched on at all moments in the game, and you generally have to defend more than you would at home. It’s a lesson we’re going to have to learn from.

“We’re a tight group and we’re all good guys, we don’t have a bad egg in the team and everyone wants the same thing. We’re going to get to where we want to be, we just need to do it now. We want to start on Saturday.” 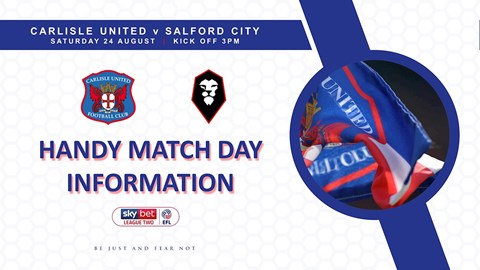 MATCH UPDATES: Handy information ahead of the Salford game

A theme from the dressing room ranks at the moment is the desire to turn it on for the fans who have backed the Blues in numbers home and away this season.

“We’re back at home on Saturday, but full credit has to go to the 200 or so who travelled down on Tuesday night,” he said. “They showed fantastic commitment and hopefully they’ve seen enough over the games we’ve played so far to know the type of football we can produce.

“Without the fans supporting us like that it would all have been a lot more difficult. We’re looking forward to getting back in front of the home fans and getting their support behind us, because that really helps us kick on.

“I can’t wait for Saturday already. I was happy we had the Cheltenham game, because it was a quick turnaround after Saturday, but now we have to focus on the next game. The coaches will give us everything we need to recover and be in the right state to go out and do what we’re good at.

“We want to win every game, whether we’ve won or lost in the previous one. If we’d won the last two games we’d still be going into Saturday wanting to win. We just need to do what we’re good at because when we do we’re an incredibly dangerous team.”

Now fully back up and running following a niggling injury which kept him out of the latter stages of pre-season training, he said: “Missing a few weeks of pre-season is never what you want to do, but I feel like I’m getting my fitness back again now.

“When you’re out the team you’ve got to try and work yourself back in, but I’m happy to have started the last few games. I feel like I’ve been doing relatively well, and I just want to kick on now and help the team.

“I love the way we’ve set out to play and I think it suits my attributes. I’m enjoying the style of football we want to play, and all I want now is for us to win games.”