Carlisle United Football Club are delighted to announce that academy product Taylor Charters has today signed his first professional deal with the club.

The 17-year-old, currently in the second year of his scholarship with the Blues, penned a two-year deal (with an option) which keeps him at Brunton Park until at least the summer of 2021.

Whitehaven-born Charters joined the club’s academy at under-9 level and has progressed steadily through the ranks to earn a place in the two-year YTS programme just over a year ago.

He has trained regularly with the first team this season and appeared in a number of the July friendlies, where he impressed the manager with his attitude and application.

The ball playing midfielder has an eye for a goal and a pass, and already has three goals to his name from the under-18 side’s opening two games. 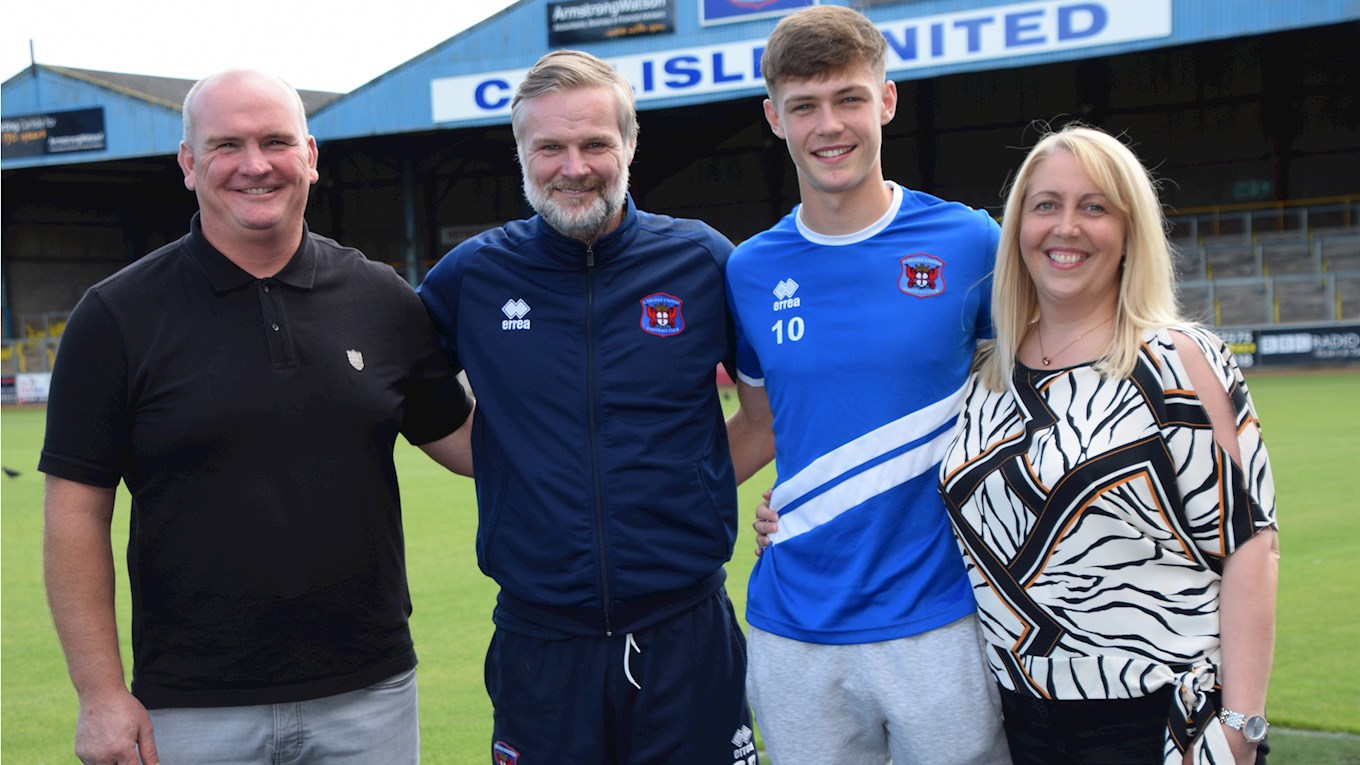 Manager Steven Pressley said: “He’s what a lot of people are looking for in a modern-day midfielder.

“He’s big and athletic, but he’s also quick and he’s got good technical ability. He’s also a player who runs and arrives in the box which means he’s capable of scoring goals from midfield.

“He’s a real athlete, and if we can put all those pieces of the jigsaw together I think we’ve got a very good midfielder.”

As for what he wants to see from him now that he’s joined the professional ranks, he said: “I want to see him firstly train to a standard where there’s never a question that he’ll be training with us.

“He simply can’t allow his standards to drop. He then needs to be pushing to be regularly involved in the match day squads, and the next stage is of course to be playing in the team.

“That has to be his objective, and I would hope that if he continues to progress in the manner he is, we’ll see him in the first team or on the bench on a regular basis.”