Academy boss Darren Edmondson gave us his reaction to the 3-1 home victory over Port Vale shortly after full time on Tuesday afternoon. 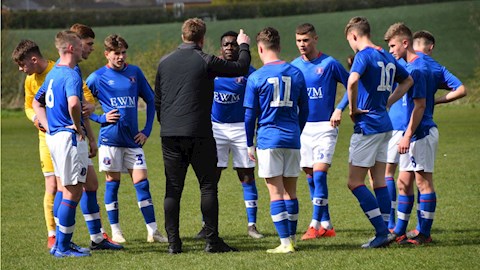 GALLERY: Images from the youth victory over Port Vale

“We’re pleased with that, it was a good performance,” he said. “It would have been justified had we got five or six goals, but it was then really disappointing to give away a goal right at the end.

“I thought the defence played really well in the first half and a clean sheet would have been a nice reward for that. We have to give Port Vale some credit though because they found the energy to put a good finish together.

“Some of the football was really good when you consider we’re at the stage of the season where the pitch starts to get bobbly. There was a bit of wind as well, but the lads handled it and they kept trying to play their game.”

“In terms of the way we played, there are certain games where it works and some where it doesn’t,” he continued. “We saw in this game that we can look positive when we’re on the front-foot and when we get good forward movement.

“I’m disappointed because we’ve had a lot of games like that, but we haven’t taken our chances and we’ve ended up being sucker punched or we’ve lost a bit of concentration, and the result goes the other way.

“That’s the frustration because if we’d tidied up a few things along the way the league table would look a bit better for us. Having said that, it’s about continuing to develop players as much as we can and with under-16s and first year players out there doing things properly it’s made this a promising afternoon for us.”

“I’m not looking for excuses, but we haven’t taken as many chances as we’d have liked over the games where we’ve played well and not picked up a victory this season,” he explained. “There are still things to work on, but we’ve also had key second years missing for one reason or another, and obviously Jarrad [Branthwaite] and Liam [McCarron] have been with the first team a lot. 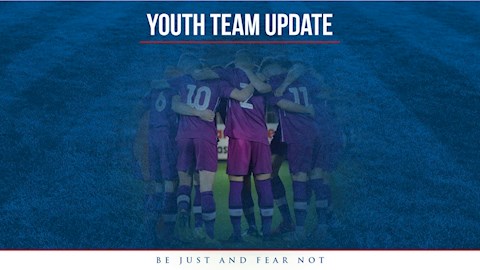 “That tells us there’s a lot of promising things to come from the season and, with two games left, it’s just about trying to win them so that we can get towards mid-table. From there we’ll see what we do with the second years and their contracts, and hopefully we’ll end the season seeing it as a positive one for the academy as a whole.”

With an away game at Shrewsbury coming up on Friday afternoon, he commented: “I think that’s good for us. We’ll obviously have to rest the lads a little bit this week and we probably won’t be able to change the eleven too much for that game.

“It’ll be the same group and we’ll try to get a few more under-16s away from school, if the work they’re doing there allows. Hopefully we’ll get 13 or 14 players on the bus and we’ll go there looking to get another victory.”

And on the pending decisions on the remaining second years, he said: “That’ll happen this week at some point. We have a parents’ evening next week, so we’ll be telling the lads within the next 10 days or so.

“It’s never easy for the academy staff at this time of year but we’ve given our best for them, and they’ve given their best as well. I hope none of them have regrets over the last two years, but this part of it is a learning curve and it makes them stronger.”