There was a nice surprise for our Harraby 3G soccer school children on Friday afternoon when Mark Cullen and Jamie Devitt popped along to hand out the medals and certificates at the end of what had been a fantastic week.

Football fun and competitions had been the order of the week and the young players were rewarded for their efforts with a chance to get autographs and photographs with their heroes once the medal ceremony was concluded.

Striker Mark Cullen said: “You could tell the children had enjoyed themselves because all they came in smiling and buzzing.

“They were all very chatty when they came over to get stuff signed and it was nice to be able to play a small part in what had obviously been a good week for them.”

Midfielder Jamie Devitt said: “Both Mark and I were pleased that we were invited, and we received a lot of well wishes from the season.

“I'd like to say well done to the community staff and the children who took part - they all clearly had a really enjoyable week.” 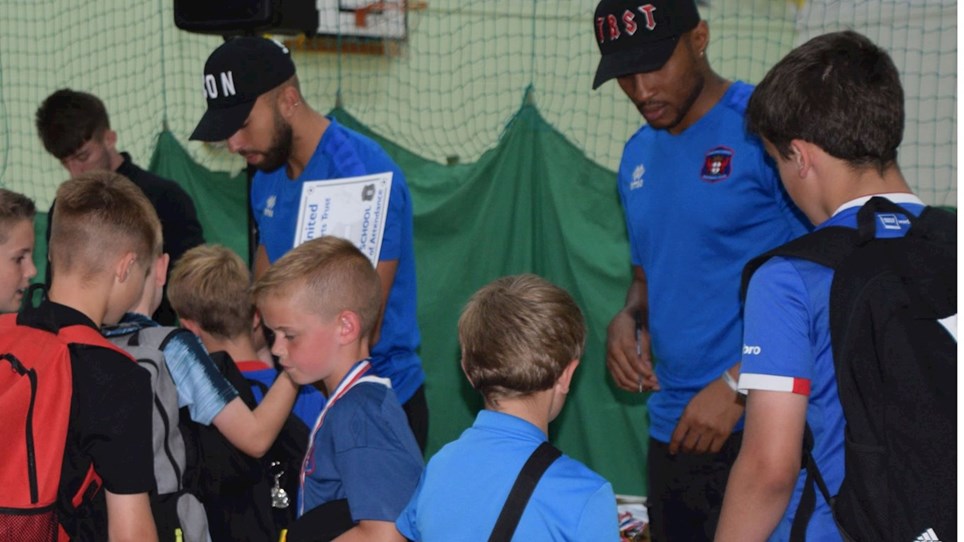