United boss Steven Pressley gave us his reaction the Grimsby away defeat shortly after full time on Monday afternoon. 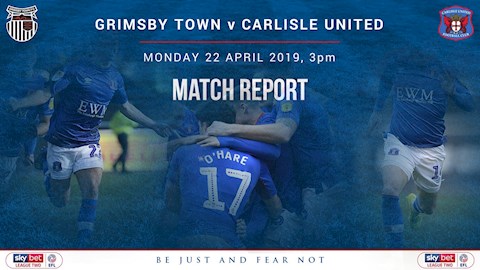 “I didn’t think it was a particularly good spectacle of a game,” he said. “There were very few chances for either side and we hoped we’d be able to get the all-important breakthrough if we kept going.

“Looking at it as a whole, we lacked quality in the final third. We had control of the game for periods in the middle third of the pitch but our decision making really let us down. When we needed players to do the right things it didn’t happen, and we also turned down opportunities to put the ball into the box.

“There are no complaints about the effort I saw from the players but I am very disappointed with the quality in the final moments. It was because of that reason that we didn’t manage to get the goal we needed.

“The application from the players was good, we just lacked that vital bit of quality at key times. We made poor decisions and we didn’t create enough opportunities from that.”

“I spoke to the players before the game and I told them that in recent weeks they’ve shown that they can beat the best teams in this division,” he continued. “That was always going to mean that going to Grimsby would be about it becoming a tough mental test.

“Everyone expects you to get a result and the belief is there that you’ll win. You have to be able to handle that. It’s a measure of our inconsistency that we’ve taken steps forward, we’ve raised hopes and expectations, but when we’ve had an opportunity to grasp that would really take us forward we’ve failed at those moments, and that’s really disappointing.

“This is another big chance that’s passed us by and if we don’t achieve our goal this season it’s not been because of a lack of opportunities. It’s a real hammer blow when you waste yet another opportunity and find out that, with two games left to play, you could have been in the play-off places if you’d managed to get the win.” 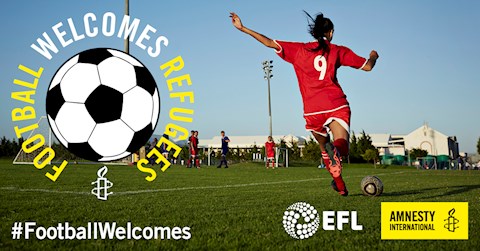 On the goal conceded late in the game, he commented: “It was disappointing because it was a counter-attack goal which came as we were trying to build the play.

“We tried to go through the mid-section when our selection of pass should have been wider. They stole it and broke and scored.

“The most disappointing thing is that we came here with a real belief that we could find our way into the play-offs. We just can’t keep turning these opportunities down. We have to keep believing, but our problem is the inconsistency we’ve just talked about.

“We take a step forward and then immediately take a step back. That can’t be how things are, we can’t allow it. We now have to get all three points against Crawley because we must put the pressure on the teams around us.”

Having watched Kelvin Etuhu limp from the pitch with a suspected hamstring injury, he said: “That’s another big blow for us. I thought George Glendon came on and acquitted himself well, but Kelvin is a big part of how we like to do things.

“He hasn’t trained a great deal in the last month, because of personal reasons with his new baby and his partner, so playing Friday and then again today was maybe a step too far. We think it’s his hamstring so we’ll just have to wait and see how it settles, but it is a blow for us.

“It was always a risk to play both him and Jamie Devitt in these weekend games. There was no pressure from me on him or Jamie to play, both of them wanted to be out there. That’s something I’m proud of because they both wanted to put themselves on the line for the team.

“You sometimes need to take risks at this stage of the season because if we hadn’t won against Lincoln the likelihood was that we weren’t going to achieve our goal. They’re always calculated risks, but the obvious disappointing thing is that we’ve now lost those players.

“The good thing was that we got Mark Cullen back out there, but he’s still a little way off with his fitness. Danny Grainger tried to train on Saturday but he broke down. I think that will be him missing for the remainder of the season, if I’m being honest.

“Dev could find the Crawley game to be one game too soon, but he’s the one who has the best chance of making it at this moment in time. We can only make changes with the players we have available but missing players like Devitt, Grainger and Etuhu, who can make a difference, is unfortunate for us. However, I still think we have players who can win us games.”