Manager Steven Pressley spoke this week about the importance of turning performances into results as he agreed that talking about winning games was no longer good enough, particularly with just six games of the season remaining. 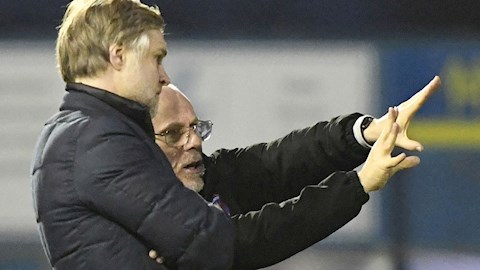 MANAGER: We have to show resilience at key moments

“There’s no doubt that we have to show that we can get the good form back by turning good performances into results,” he said. “It’s one thing for me to talk about it, but the only way we can encourage people that it will happen is by making it happen.

“A positive for us is that we’re just three points way from the play-off places, but what we understand is that we can’t continue to hope for other teams to keep doing us favours. You don’t get anything in this game if you rely on that.

“As I keep saying, the work ethic is there from the players, but that counts for nothing if results aren’t going your way. We keep missing the chances we’re giving ourselves to get wins under our belts. The gap is only three points, but we have to do something about it.

“The only way we can lift everybody is by getting results. We need to prove that this team has wins in it. We can stand and talk about having the ability to do it, but the fact of the matter is that we aren’t showing it.”

Having pointed out that it’s the finer details in both boxes which are letting the team down at the moment, he reiterated the importance of getting things right in those areas so that the team can make its return to winning ways.

“We turn the good aspects of what we’re doing into wins by having the courage to keep going,” he insisted. “If I go back to the Tranmere game, the opportunities were there for us to take the lead and, obviously, had we taken one or two of them it would have changed the game.

“One of the other details we’re talking about is picking up your man on corner kicks. We didn’t do that properly for the first and third goals and in the end that was what determined the result.

“Losing our concentration at such a crucial time in the first half changed the flow of the game. I have no complaints about the attitude of the players, because they’re giving us everything, but I do have complaints about the small details. If we don’t get them right we don’t win games, as we’ve seen, and we have to change that.

“The frustrating thing for me is to see that the players have worked so hard … they can’t then allow bad moments to creep in and ultimately decide the outcome of the game.” 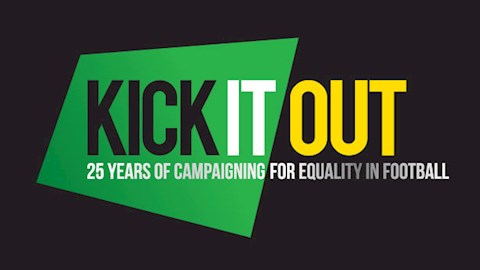 On the reaction of the travelling fans on Saturday, he said: “There comes a lot of heat with being a manager and I have no problem with that. If I see my players working hard then it shows me that we aren’t far away from turning the corner.

“I totally understand that our fans are frustrated. The results haven’t been good enough of late and this is what comes with being a manager. What I will say is that I’ve been here for 12 games, which is a short period of time, and I’m really confident that I can make a difference at this club. I really believe that.

“I am seeing some very good things and one thing I will say is that I’m a very resilient manager. This type of thing drives me on, and I really am determined to make a success of it here. The supporters are entitled to their opinion, good or bad, because I know they want success as well.

“There’s a complete understanding from me that everyone is going away feeling that this was a disastrous performance, but it was far from that in many respects. What we must improve is their mentality during the key moments we’ve spoken about.”

“I respect and understand the feeling of the supporters towards me and the only way to answer that is by winning our games,” he commented. “I’m the manager of the club and they’re entitled to shout at me if their team isn’t winning.

“I have broad shoulders and of course you’re always disappointed if the fans are angry, because it means you aren’t getting results, but I’m desperate to turn this around and get the results we all want.

“The players are bound to hear it and they’re also going to take a knock if they do go behind having played so well. When we lost the second goal it showed that we’re fragile as a team at this moment in time. We aren’t a team brimming with confidence because we aren’t getting the results, and it does play on your mind.

“That’s why it’s so crucial that you take your chances when they come along. Scoring goals breeds its own confidence and conceding drains it away, that’s natural with the run that we’re on.

“The bottom line is that the only way we can encourage people is by winning games. It doesn’t matter what I say in a situation like this. The talking has to come by getting results.”