United boss Steven Pressley spoke to us about the weekend visit of Bury as the squad heads into the final month of the season. 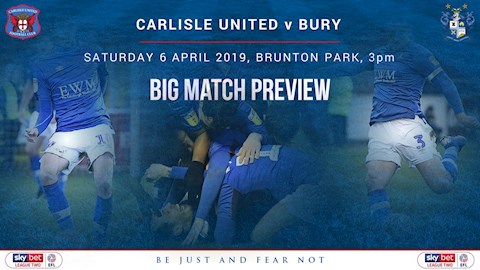 BIG MATCH PREVIEW: The Shakers are next up this weekend

“I was at the Bury game on Tuesday night with Paul [Murray] and we’ve also watched quite a bit of them already,” he said. “We have quite a clear idea of how we’re going to go about the game. Going to watch the game against Cambridge allows us to prepare properly, and it’s the small details which will define whether we win or we lose.

“They’ll be a great challenge for us and there are areas of the pitch they like to utilise. They obviously have Maynard who is the third top scorer in the league, and they have Adams who is the highest assister in League Two this season.

“They’re the highest scorers in the division and they’re the third highest passers – behind us, by the way – and that tells you a little bit about how they are.

“They play good football, they’re an attack-minded team and they possess players who can make a difference. They’ll be without Danny Mayor, he was sent off last week, and that’s good for us, but that’s only if we take advantage of it.”

With everything to play for and with the Shakers having suffered a blip during their last two outings, he commented: “When you’re going through a run of games like we’ve been through, and you’re still only three points off the play-offs, there’s somebody looking after you, although it doesn’t feel like it at the time.

“I said to my family on Sunday, and I repeated it to the players on Monday, that I think we’re going to do this, I really do. You can’t go on a run like this and still be in this position. I believe that this weekend will be our turning point, because I think we can do it.” 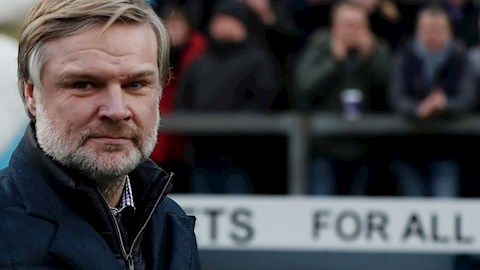 And with the supporters having shown frustration with the result going against the Blues at Prenton Park last weekend, he said: “We have to get our supporters behind us by having energy in our performance.

“There was disappointment at what happened at Tranmere, and I accept that, but all I ask is that they vent the anger after the game. If they want to vent their anger at me, no problem, I’m the manager and I take that.

“But during the game let’s get right behind this group of players because just now they need the support of our supporters. We saw there was a fragility after we conceded the second gaol. That’s why we need their energy, we need their vocal backing, we need all of those things.

“If it doesn’t happen then no problem, vent your anger at me, but not during the 90 minutes please. Let’s get behind this group of players. It would be good to see no distractions for 90 minutes - give me abuse after the game if you’re not happy with what you see.”

As to what it would mean for the team to get the victory tomorrow, he told us: It would mean everything. It would change the whole landscape, because that’s what football is about. You can analyse and think all is well with your performance, but nothing compares to winning a game.

“We’re craving the win, and if we get it on Saturday we’ll see a big bit of mist, or smog as we call it in Scotland, lift from the stadium.”