Carlisle boss Steven Pressley revealed this week that the decision to hand the captain’s armband to Jamie Devitt – the first time the attacking midfielder has had the honour – was an easy one to make as he went into the weekend game against Bury looking for big performances from every player. 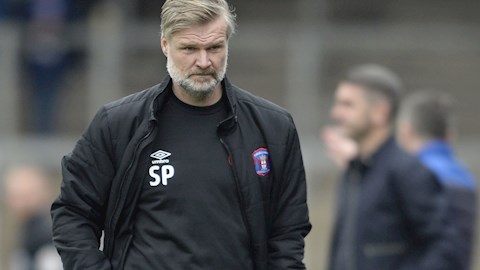 MANAGER: It touches every emotion possible

“He’s a player that’s special in his talents and I wanted him to take more responsibility,” he explained. “He gave a really strong performance but he’s a player who can do good things.

“A lot of clubs do it in Italy where they make the number 10 their captain, and it works for them. It’s a position that can have real influence on the game and Jamie is that type of player, who can make things happen when perhaps others don’t see it.

“I didn’t expect to get the kind of impact he made after just 29 seconds, and that was a great start to the game.”

“Obviously Anthony [Gerrard] has had the role in Danny Grainger’s absence, and it was a difficult decision to leave him out of the starting eleven,” he continued. “It was a big decision, it was one I thought long and hard about, but I don’t think he’s playing at his best at this moment in time.

“His performances haven’t been what I expect of him and I’ve already made big decisions like this on the likes of Hope, Liddle and Miller. We can argue if it was the correct decision, but I felt it was the right thing to do with how things are.

“If I can’t make the big decisions then I’m not a true manager, it’s the making of you. I’ve got to make decisions that I feel are right for the team and thankfully they responded in the correct manner.

“There’ll always be disappointment from the senior players when they’re left out, but all I look for is the correct reaction. He has to come in to train with the right attitude this week and show me he’s ready for consideration again next weekend. That’s how top professionals react.

“It’s never easy to leave a senior player out, especially a player of his influence, but as long as he responds in the right manner and shows the right mentality then he’ll be doing what I expect of him. All I look for when I leave any player out is a positive reaction.”

And on the determined second half performance he got from his ten men, he told us: “We worked with a 4-4-1 in the second half and we gave up some areas of the pitch, as you have to do when you have ten men.

“Being honest, I felt Adam [Collin], especially in the first half, was called on one or two more times than I would have liked. Credit to him, he was absolutely outstanding but it’s what we’re coming to expect of him.

“He couldn’t do anything with the goals we conceded, and I wasn’t pleased with either of them at all. Again, we’ve conceded from a set piece, which is really disappointing.”

“I also felt we hadn’t been physical enough in the first half in a couple of instances, and I knew Kelvin [Etuhu] would give us that grip,” he conitnued. “Kelvin made a real impact when he came on and Gary Liddle showed great leadership when we needed it.

“Every player stood up to the task and they should take credit for winning us the game. You can talk about substitutions and changes to formations, but it wasn’t about that. It was honestly about the players and their attitude.

“It isn’t easy going into half time at 2-1 down and with a man sent off, especially when you remember that we have a lot of younger lads in there. You have to somehow find the second half performance in them, and our senior players responded really well to the situation. There’s been some real frustration of late but we eased all of that with a very determined performance.” 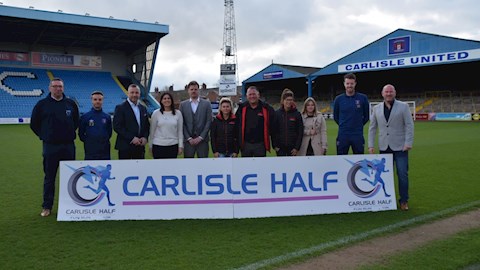 On a second goal for the club for Villa loanee Callum O’Hare, he commented: “He really has been amazing. He was exceptional and he’s always involved in the big moments we create.

“He’s just such an effective player. Before the game one of the mascots said that Callum was his favourite player and that shows how much of an impact he’s made in the short time he’s been here. Villa should be proud of how he’s going about things.

“It was also good input from Connor [Simpson]. I put him on in the last 10 minutes hoping he could contribute, and he certainly did that. I’m really pleased for the kid.

“I’ve said to everybody, sometimes your contribution is only five minutes, but it could turn out to be the most important five minutes of the season. Whenever you get the chance you have to grasp it, because it plants seeds in the manager’s mind.

“Substitutions are only ever decided good or bad by the mentality of the player. Connor intended to make a difference and well done to him for doing that.”

Working hard to get back into contention are left backs Danny Grainger and Macaulay Gillesphey, who could both find this weekend to be a game too soon.

“Stevenage might be too early for Danny,” the manager confirmed. “It’s taken a little bit longer than we hoped for him to get back, but he’ll get there, which is the main thing.

“Macca pulled out on Friday so we wanted him to see a specialist again. The hope is that he’ll be back with us for training next week. The likelihood is the weekend will be too quick for him as well, but we’ll wait and see on that.

“The good thing is that Parkesy has acquitted himself really well, he’s given us everything and more and I think he’s done a good job for us, both as wing back and as a left back.”