United were up against Penrith in the final of this season's Cumberland Cup with both clubs looking to reclaim the local title.

Carlisle went with a young side, with senior keeper Louis Gray joined by second year scholars Liam Brockbank, Ceiran Casson and Keighran Kerr as they lined up alongside the first year group.

Kerr, fresh from agreeing his first six-month professional deal, led the line in an attack-minded formation with Casson positioned in the centre of a midfield three, briefed to drop deep if cover was needed.

It was a game that had everything, with own goals, penalty saves and two stunning strikes as both sides went for it on a lovely Spring night in Cumbria.

Penrith had the first effort at the target with just two minutes on the clock when Davidson jumped high to meet a corner. His header looped over Gray but came to rest on the roof of the goal.

Things remained tight, but it was Carlisle who went ahead with their first meaningful attack when a wicked delivery was turned into his own net by Stuart Johnson as he came under pressure from Kerr.

An excellent run from Clarke took him past two challenges as he tried to bring a response for his team, but his cut back was behind Main and the moment was gone. Penrith enjoyed some good possession and Gray pulled off a stunning save as he dived low to tip a fierce drive from Davidson past his upright.

The teams exchanged half chances but the United lead was doubled when Brockbank wound his way into the penalty area. A thumping cross caught Bowman off balance and the touch off his thigh sent the ball into the back of the net with Dixon unable to do anything about it.

Carlisle looked bright after the break and Kerr beat the offside trap to bring Dixon off his line. The keeper spread himself to make a fine block just as the young forward set himself to celebrate.

Penrith were right back in it on 54 minutes when Gardner made a yard of space for himself with a clean sight of the nets. He let fly and the celebrations started as an absolute rasper angled its way into the top corner.

It could have got even better for the Frenchfield Park outfit when, with just under 20 minutes left to play, the impressive Clarke was chopped to the floor inside the box. Gardner stepped up to take the spot kick but Gray went the right way and completed a superb one-handed parry.

The action ebbed and flowed through the closing stages and Kerr was denied once more when he went clean through with just Dixon to beat. The keeper threw an arm out to push his toe poke away and the defence recovered in time to clean up the pieces.

But it was Carlisle who sealed the trophy in time added on when a clearance from a run of set pieces found keeper Stuart Dixon sprinting in an attempt to make it back to his rightful place between the sticks. Charlie Birch kept his cool as he sent an excellent chip over the retreating stopper and into the waiting target. 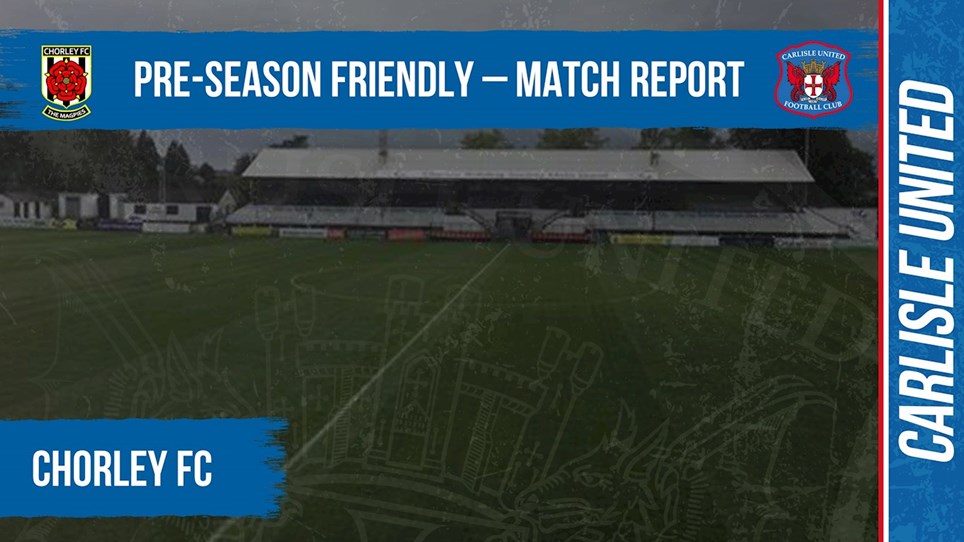 
A busy July period continued with a trip to Lancashire to face Chorley on Tuesday night, and the heatwave continued with Victory Park bathed in late afternoon sunshine.