United’s under-18 side take a break from league action this week when they go up against Fleetwood Town in the FA Youth Cup on Thursday night.

We spoke to academy manager Darren Edmondson about what has been a tough few weeks which has seen his side battle against key injuries to produce some excellent performances.

“The injury situation has been tough for us,” he admitted. “On the flip side of this negative is the positive of getting some really good game time for our first-year crop.

“There is a possible connection with the injuries and the recent results, but there’s nothing we can do about it and the long-term view is that it should help us for next season, simply because players are getting pitch time and that’s giving them some good experience.”

“The second years who have been able to play have done well, and they’ve also had a good amount of game time,” he added. “Injuries are part of football, they happen, but the important thing is that we’ve been able to deal with it. 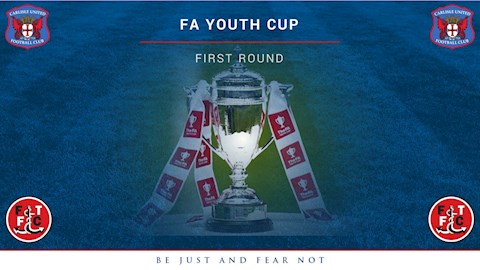 “Unfortunately we just haven’t had the results to go with the good performances we’ve been seeing. That’s difficult to take, it always is, and we’ve had lots of draws where we know we deserved more.

“Other draws have been where we haven’t done enough to break the opposition down, so you accept that. Last weekend’s defeat was one shot in a game where neither team created a great deal of chances.”

“The good thing is that the lads have kept their heads up and they’ve kept going,” he commented. “It’s just a case of finding a spark, the kind of spark we used to get from Liam McCarron until the first team manager spotted his talent and stepped him up.

“Him going with the first team has left a gap for others to exploit and, if they do that, they’ll get themselves noticed as well. Liam, and now Charlie Birch, have shown the others what can happen if you work hard.

“I’m pleased for them because involvement at first team level can only help them to develop. That’s important for them emotionally, and it also shows the other players that if they can up their performance levels and be a bit more consistent then they’ll get the opportunity to go and train with the first team as well.”

“With all of these games and results, what it comes down to is that it’s all about getting young players through to the first team environment,” he added. “Boys who train with them on a regular basis develop better, there’s no doubt about that, but they have to be able to cope. We can’t just step them up for the sake of it.

“The other benefit from it is that if they’re in with the pro’s regularly it helps everybody with the decision making process, because you get a better sense of where they are. If a second year has never trained with the first team, how can you make an informed decision on whether he’ll be good enough going forward?

“How do you assess and measure the qualities they have if they don’t get the chance? There has to be measurables against ability and quality, and you can only assess mindsets and psychological attributes if they’re involved in the environment in the first place.

“It’s great for us that our lads are getting these opportunities because it means they’re being judged fairly. It’s been the key thing we’ve learned from the last two years for us because it’s important to know how you can measure somebody.

“It’s the same for the five first and second year professionals at the moment. They haven’t had much to be measured against over the previous two years, because they’ve never had that development opportunity. They’re getting that as well now, so it’s great news for everybody.”

With what appears to be a clear pathway from youth to first team, he said: “There should always be a pathway, because that’s what football clubs should be about.

“If you aren’t going to have a pathway you might as well scrap your whole academy and your under-18 model and go with a different approach. This club doesn’t want to do that, so they then have to find a pathway for boys to come through.

“If the pathway is consistent training with the first team then the opportunities have to be there, and the gaffer is making sure that’s the case.”

YOUTH: Fixtures and results for the 2018/19 season

Another positive development this season has been the link with Park View Academy, which saw two of their players feature for the Blues in last weekend’s home game against Walsall.

“The hope was that the link-up would be good for us and that’s proving to be the case,” he said. “We had to persuade the directors to buy into it last summer, so that’s why it was put off until this year.

“There are a couple of what they would call their first-year scholars who have got some potential, so we used them last weekend and they played very well.

“It’s a tie we’ll continue to use. We could have used some of our under-16s, but we made a decision to incorporate a couple of those lads so we could take a look, and it also meant we could keep our younger boys together, so we could assess them as a group.

“They were with us with it being half term last week and, like I say, we had some of the Park View boys as well. I think it was worthwhile for everybody.”

We’ll have more from Darren Edmondson on Thursday morning as he takes a look ahead to the first round game against Fleetwood Town.