United boss John Sheridan spoke to us about this weekend’s home game against Yeovil Town as the Blues look to get back to winning ways on their own patch. 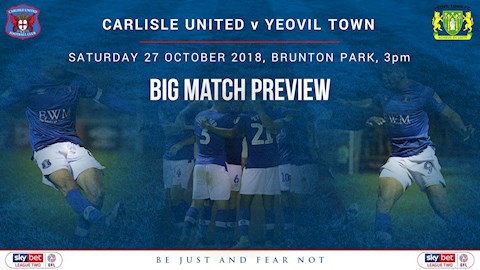 BIG MATCH PREVIEW: A look ahead to Saturday's home game

“If we take the desire and heart we showed on Tuesday night into the home games we know the fans will back us. We need to take that determination and grit into Saturday and it doesn’t even matter if it’s ugly, we just need to pick up three points.”

“They’ve been a tough team to beat, and they have players who can mix things up,” he continued. “But we’ve shown that we are difficult to deal with as well when we’re on our game.

“The players know they’re at home and they should take confidence from that. We’re looking to get on a run because it’s no use winning one then going a few games before you win another.

“We have a good enough squad, if they’re all performing and doing the things we keep talking about, to make sure we’re picking up points and staying in touch at the right end of the table.”

With an injury list full of players who would be contending for a starting place, he said: “There’s nothing we can do about injuries. If players are injured, they can’t play, so you have to concentrate on those who can.

“It gives one or two the chance to come in and play, and one or two of the young lads the chance to get on the bench. We’ll hopefully have one or two bodies back for Saturday, but we need everyone fit because there’s a lot of games coming up.

“I’ve always said we need to keep our best players fit, the likes of Devitt, Grainger and Liddle. They’re your steady eddie’s who give you seven out of ten every week, but I want everyone thinking they’ve got a chance of playing. 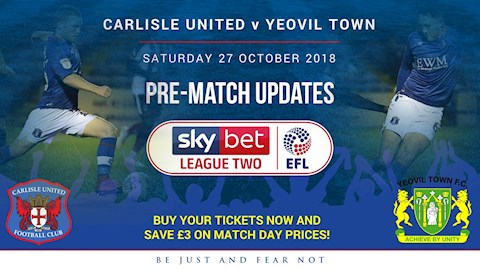 PRE-MATCH UPDATE: Handy information ahead of the Yeovil game

“None of them are good enough players to feel comfortable that they’ll be playing week in, week out.”

“In terms of this weekend, I’m hoping Devitt, Grainger and Liddle will all train and come through unscathed. Tom Parkes is having a scan, so we’ll have to wait and see how he is, and Hallam Hope is working hard to get over his calf problem.

“We listen to our medical staff and if they think anyone needs a bit longer, that’s what we do. There’s no point rushing somebody back who isn’t ready only to then lose them for an even longer period of time.” 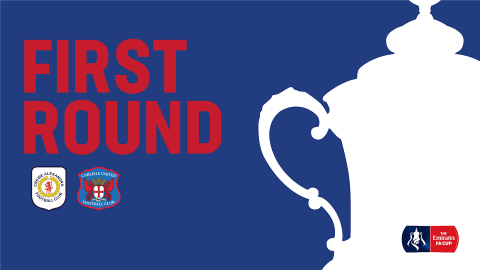 The other news this week was the Emirates FA Cup draw which takes United to Crewe in the first round of this season’s competition.

“We would have liked a home draw, but I think it could have been worse,” he said. “When I was watching it there were a lot of teams left in it which are a lot further to travel to.

“I think we’re all just pleased it isn’t too far to go. I expect we’ll take a good following down there, so that will be good to see. It’s a tough game, but it’s one we think we can win.”

INTERVIEW: These lockdown periods are something we've had to get used to


We hinted in our last interview with Carlisle boss Chris Beech that he and his family have a real insight into what prolonged and regular lockdowns can mean with Brandon, Chris’s 17-year-old son, a...

INTERVIEW: When we start back is almost a side issue


In the first part of our interview with Carlisle boss Chris Beech he spoke about the impact of the initial postponement of fixtures – now just over two weeks ago – announced by the EFL the day before...

INTERVIEW: It was a strange few days


When talking to United boss Chris Beech about the current situation facing Carlisle United you quickly pick up a sense of perspective, as he and his family deal with a very real situation in an...

INTERVIEW: These lockdown periods are something we've had to get used to


We hinted in our last interview with Carlisle boss Chris Beech that he and his family have a real insight into what prolonged and regular lockdowns can mean with Brandon, Chris’s 17-year-old son, a...

CHIEF EXECUTIVE: We will continue to remain cautious


As the government continues to brief daily on Coronavirus developments, the latest update from chief executive Nigel Clibbens club covers a wide range of issues:

CHAIRMAN: We are lucky to have health care professionals like this


Chairman Andrew Jenkins added his message of support today for the key workers and NHS staff who are working so hard at the moment to provide a wide range of services, from food supplies and utility...