Manager John Sheridan brought us up to date with the injury situation following Tuesday night’s game against Grimsby Town which saw midfielder Jamie Devitt leave the field of play following a heavy first half challenge.

“I don’t know what has happened to Dev [Jamie Devitt] just yet,” he told us. “I think it’s a shin injury, but I’ll have to speak to Dolly and see what he’s done.

“It’s one of those where he couldn’t shake it off, so we’ll just have to assess things and take it from there. Hopefully it’s similar to Jack Sowerby where it settles down quickly.”

“You get injuries, that’s part and parcel of football, so I’ll never use that as an excuse. I don’t like talking about missing players because we have lads who have been telling me that they should be involved.

“When you get an injury or a suspension you expect them to step up and do the job. We’re a squad and you have to take the disappointments together and make sure you move on.”

On the absence from the 18 of striker Richie Bennett and keeper Luke O’Reilly, he explained: “Richie has had a scan on his groin. I don’t think it’s too serious, but we’ll just wait and see.

“Like I said, injuries are part and parcel of the game, I expect them and won’t use them as excuses. I won’t ever say we’ve lost a game because we had Bennett missing or Yates missing, or whoever else. I’m looking for the players who get a chance to come into the team to take their chance and try and keep their place in the side.

“Luke O’Reilly is ill, which is why we didn’t have a goalkeeper on the bench, but it’s all just part and parcel of it. These things all seem to happen at the same time. There are a few injuries popping up now, so we’ll just have to assess them and try and look after them ahead of a tough game at Oldham on Saturday.

“Jerry [Yates] will be back for the weekend and we have missed him. He was part of the team when we were doing well, and he gives us that endeavour and workmanlike performances. He’s a good player to have in the team, so he’ll be a welcome addition.

“Danny Grainger is still a bit away but he’s working with the medical staff and hopefully he’ll progress from there.” 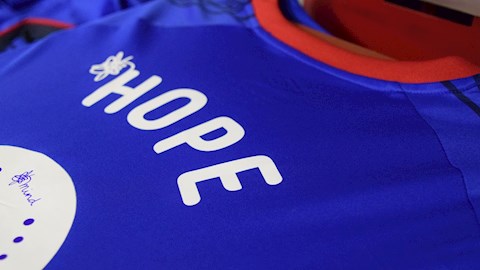 EMIRATES FA CUP: Fantastic opportunity to get on the back of our first team shirt

And on more of the positives to take from Tuesday night, he said: “I thought Anthony Gerrard was outstanding and he made the game look very simple.

“Young Regan [Slater] did well, so there are some good performances to come out of a disappointing result. We’ll move on, but we’ll look at what we can be better at as a team.

“We’ll just make sure everyone stays in focus. I’ll stay positive and believe in them, which I do. The only way we’re going to get goals flowing again is by working hard on the training ground as a group.

“One thing I have mentioned before is that I think the players have got to be ruthless with each other. Sometimes it feels like it’s always my voice people can hear. I think they need to get a grip of each other, and they need to be telling each other they need more on the pitch. I don’t think it should just be coming from me at half time or after the game, it needs to happen on the pitch with more people speaking out and making things tick.

“I’ll stick with my players and if I need to say something it’ll always be in the dressing room and to their faces. That’s just the way I like to do things.”

“I’ve said this a few times as well, but we know our fans aren’t stupid,” he said. “You can tell when the fans are grumbling, and when things weren’t going our way, because they’re just desperate for their team to do well.

“The good thing is that we’re keeping going in games, even when chances are being missed and mistakes made. We know that the thing letting us down at the moment is our end product. When we got to the good areas, 18 or 20 yards from goal, it’s down to people making the wrong decisions.

“We’ll keep putting the work in because I want the supporters believing that they have a team who will win games and do well. We’ve let ourselves down with the last two results, even though the overall performances have probably merited more.

“I can keep saying that, but we’ve lost the games and we haven’t scored goals. That’s a big worry, because that’s three home games where we haven’t scored for our fans. We have to be better because we want them to be on our side.”