United boss John Sheridan gave us his reaction to the disappointing Saturday away defeat at Macclesfield shortly after full time at Moss Rose. 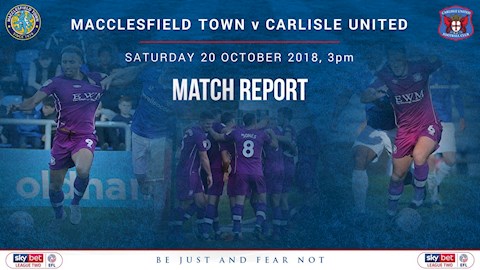 MATCH REPORT: Details from the Macclesfield away game

“It was a very poor performance, when it comes down to it,” he said. “We had nothing about us, even when we got the advantage in the game with a scrappy goal.

“It was a hard game to watch because we looked weak in so many areas. It’s a shame, because we had the lead and we should be seeing the game through once that happens.”

“I just wish I was out there playing with them, I really do, but unfortunately I’m not,” he added. “it needs somebody to be vocal and to be demanding more, because we’re just weak in our performance and it’s not good enough.

“With the following we have behind us, those fans deserve better. We have to take all the criticism we’ll get because we didn’t do anything for those fantastic fans. I apologise to them for that performance, it’s nowhere near what I expect from us. I totally understand their frustration because they expect better as well.

“I try to look after my players, I’ll always be on their side, but I need rewarding off them by them giving me performances on the pitch. They didn’t do that in this game and I can’t accept that.”

Speaking more about the need to be demanding more from each other, he said: “There are experienced players all over the pitch who just aren’t communicating. It’s a performance that I’m embarrassed by, and the players should be as well

“They need to look each other in the eye and get a grip of each other. I’m beating myself up because I really can’t accept a performance like that. Macclesfield were vulnerable, they haven’t won for so long, so I expected us to take the game to them, particularly with our away record. We didn’t do that at all, and we simply can’t accept that.

“We invited pressure, we stood off the big lads when they put them on, and we allowed them to get balls into our box. That’s where you see that you’re lacking leaders on the pitch. With them being so quiet, it’s only my voice they hear and you end up talking rubbish actually, because they frustrate you that much.

“If it needs different personnel to get more communication then that’s what we do. They’re a really quiet bunch and that’s not good enough. I always look at myself when we lose a game and I blame myself half the time. I’m not the one kicking the ball, but I look at everything that could have been differently. They’re just making the job look so difficult, and it’s ridiculous sometimes.

“The players and experience we have out on the pitch mean we should be controlling games. They had a 36-year old in midfield [Michael Rose] who ran the show just by having quality on the ball. Credit to Macclesfield because I thought they played well. All I’d say is that we allowed them to get going when we didn’t do enough for our own game.”

On the tackle which led to a penalty being given, he told us: “Sam [Adewusi] is distraught, but he doesn’t need to be. I’ve just told him there to keep his head up because this is football and these things happen. I’ve done it myself.

“I’ll have another word with him to make sure he knows this isn’t about that tackle. It only made it 1-1 and it wasn’t that incident that lost us the game.”

With an ever-growing injury list, he said: “Tom [Parkes] came off with a hamstring problem and we’ll just have to see how that goes. I was really tempted to throw Charlie Birch on, but it was a tough one for him to come into.

“I possibly should have done that, because we missed Kelvin Etuhu’s legs in midfield once we dropped him deeper. Like I say, it would have been a tough game for him to come into, but that’s one I’m looking at myself over.

“Gary Liddle has a knee injury and we’re hoping that isn’t serious as well. Fingers crossed he’ll just need an injection, or something like that, and he won’t be out for too long.

“I don’t think either Grainger or Devitt will be ready for Tuesday, but hopefully next weekend. Gaz Miller had to come off with a tight calf as well, but it is how it is and we have to get on with it.

“Hallam has a tight calf, probably from the long international trip where he needed three flights to get back. We think he’ll be 10 days or two weeks because it’s one we have to look after. If he tried to play and it went, that could take it to six or eight weeks, and we don’t want that.” 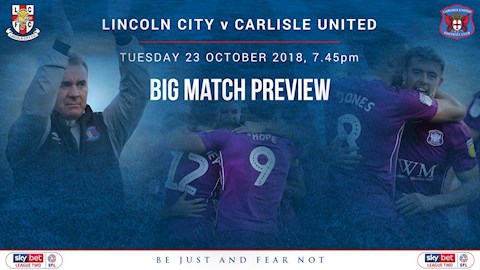 BIG MATCH PREVIEW: It's another away trip on Tuesday night

Next up for the Blues is the trip to Lincoln on Tuesday night.

“They’re top of the table because they’re picking up results consistently,” he said. “We have to be aware of that but we have to be ready to go an play our game.

“I’ve said before, I can take losing games, but not in the way we did on Saturday. We go to Lincoln to put that right. I want a performance and a result.

“We’re on a bad run, we aren’t winning games we should be winning, and this is a test for us. Three or four weeks ago things were really positive, and this is the other side of it, which you get with the inconsistency that come along at this level.

“Some lads who have been knocking on my door will probably get an opportunity with the injuries we’ve been picking up. Nobody has given me a performance that means they stay in the team – not one of them.

“We’ll see who is fit and I’ll play some of the kids if I have to. It might be the endeavour of a youngster who will give us the heart and desire to push on. Nobody can afford to knock on my door at the moment and tell me they should be playing. They have to earn it.”