Carlisle United’s arrival in the First Division in the summer of 1974 may have been unexpected to many in the football world but they could hardly have made a better start to life in Division One.

For the only time in the club’s history, the Blues won their opening three games, at which point United were top of Division One with maximum points and yet even to concede a goal.

A defeat and a draw in the next two fixtures meant Carlisle’s stay at the summit was all too brief. Yet when Stoke City arrived in early September on their first ever visit to Brunton Park, the Blues were still well placed at fifth from top.

Well placed too were Stoke City who were just one position lower. Despite a history that stretched back well over a century, the Potters had won their first major trophy just two years earlier, defeating Chelsea in the final of the League Cup.

As for their hopes of winning the league championship for the first time, the previous campaign had seen them end the term fifth from top, only one place below the highest finish in their history.

Stoke’s best known player was England’s World Cup hero Geoff Hurst. Injury kept him out of the trip to Brunton Park but the Potters’ line up included several internationals including midfield general Alan Hudson who, at £240,000, was the club’s record signing.

It took only six minutes for Hudson to put the visitors ahead with a well worked goal that sliced open the Blues defence. Though the Blues fought hard to get back into the game, Hudson and the Stoke midfield were pulling most of the strings.

The win nudged Stoke above United and up to fourth in the table while, for United coach Dick Young, Stoke were as good a visiting side as he had seen in his 18 years as Brunton Park.

By the end of November, Stoke were top of the table. They were briefly there again towards the end of February, ironically on the same day as the Blues finally dropped to bottom of the league. 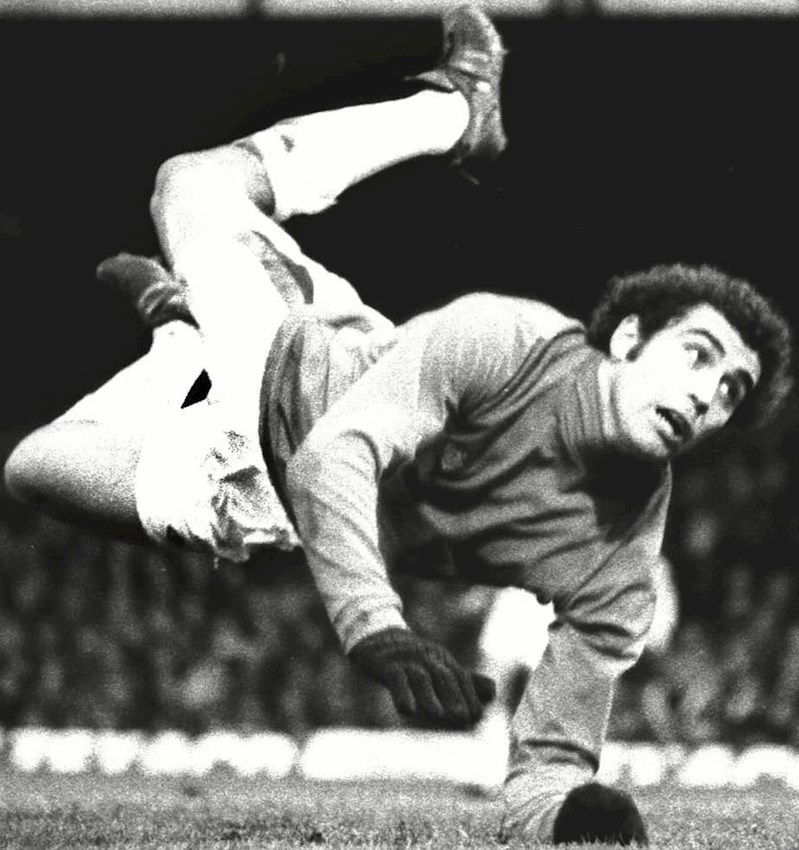 Soon afterwards, Carlisle travelled to Stoke for the return fixture. Peter Shilton, arguably the best goalkeeper in the country, had recently signed for the Potters who were now just four points behind leaders Everton.

This time Stoke won 5-2 with Terry Conroy bagging a hat trick to inflict on United their heaviest defeat of the season. It was also the only time Carlisle conceded more than three goals.

As Allan Ross later admitted when looking back on the campaign: "Stoke City were for my money the only team that really trounced us. Both home and away they taught us a lesson."

The season ended with United bottom of the league and relegated to Division Two.

Stoke, however, were far from the only club who appreciated United’s continued attempts to play good football, never compromising their principles even when struggling at the foot of the table.

As for the Potters, they ended the season in fifth place, four points behind champions Derby County.