“We’ve got to look at the bigger picture,” he said. “We’re frustrated to have only picked up a point, but we’re a point closer to the play-offs.

“Come January and the end of the season there are always so many clubs involved in and around those top seven places. It’s great for the fans and great for all of those clubs because they’re all in there. That’s where we want to be.

“Other clubs will be looking at the table and thinking the same as we are - if we can win two or three on the bounce we’ll be in the play-offs. Macclesfield won at Exeter on Tuesday, and like I said after Saturday, if you’re a betting man in this league you’re going to lose a lot of money.”

“If you look at all of the games across the leagues there are always so many late goals, and it shows that people switch off when they get fatigued,” he commented. “We kept moving the ball against Notts County and they got tired, so we got more space in the last ten minutes because we were working them.

“Young Liam [McCarron] came on and stretched the game, and Jerry [Yates] did the same on the right wing. Once players get tired you tend to create more chances because people switch off, and even in the last couple of minutes we had chances to win it.

“If we’d played another five minutes we might have won it. We were able to stretch things with the switch ball, but they also had a couple of chances from that because if you play that switch ball and it gets intercepted, you’re stretched.” 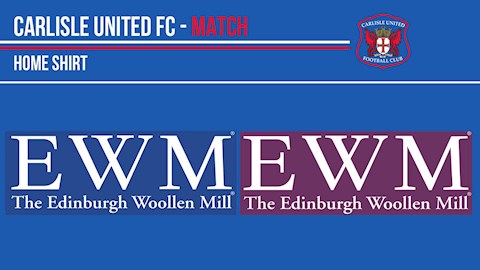 On the late equaliser, bagged by Rotherham loanee Jerry Yates, he said: “If you work hard in anything you usually get your rewards, and Jerry definitely works hard.

“He deserved that goal, and I think those are the sort of goals we need to score more of. His movement in the box was good, he’s got a little touch on the cross and it’s in the back of the net.

“He came here as a striker but he hasn’t played a lot up top, so we’re all delighted for him to get that goal. He’s never moaned about playing left wing back, right wing back, left midfield, right midfield or even in the middle of midfield. He hasn’t played at centre half yet, so we might play him there at Lincoln!

“In all seriousness, everybody is really pleased for him because he’s a great lad. We’re hopeful that we can keep hold of him for the rest of the season. Paul Warne at Rotherham has been great with us, we didn’t have FA Cup permission, but I spoke to Warney about it and he said he definitely wanted us to play him because he needs games.

“John [Sheridan] has spoken to Jerry and I think he wants to stay because he’s enjoying his football, and we’d be delighted if we could keep him for the rest of the season.”

With the transfer window now just a month away, he told us: “January is coming around so hopefully we can do a bit of business and get one or two in.

“We’ve got Tom Parkes coming back and Danny [Grainger] isn’t too far away. We’ve also got Jason Kennedy training again, so if we could get him back into the squad in January that would be a great plus for everybody.

“Players always wait to see what offers come in, but we’ll be speaking to the parent clubs of the loan players to see how things are. It’s not in our hands really, but we’ll do our best for the club.”

“January will be a crucial time if we can bring in the players we’d like to,” he concluded. “If we could get three players that would be helpful, but we might have to move some out and do a bit of wheeling and dealing.

INTERVIEW: I just want to enjoy it


Keeper Tomas Holy became United’s second summer signing yesterday, and his first interview was clearly brimming with excitement as he spoke to us about the challenge ahead.

INTERVIEW: I've learned a lot about myself


A half-season loan spell at Gateshead brought 22 appearances, four goals and a National League North championship winner’s medal for midfielder Taylor Charters, with further reward on his return to...