First team coach Paul Murray spoke more about the importance of the character shown to break through the anxiety which had been following what was a horrible run of home results. 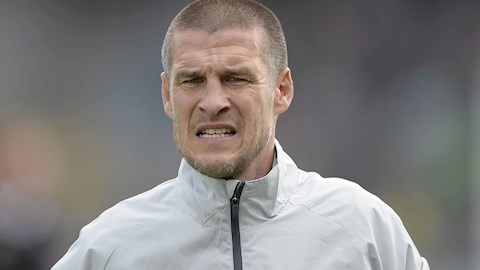 INTERVIEW: It's a fantastic way to win a game

“We’ve had to face the questions about the result, and rightly so, because the away form has been good but the home form has been poor,” he said. “That’s a mental thing for the players, that’s a fact. “We got over that little mental barrier with the goals, when we scored them and how we won the game.

“It was just a great result for everyone in the stadium. The fans are still turning up in good numbers, and I thought the attendance last week for Yeovil was good, considering the home run we’ve been on.

“I thought exactly the same on Saturday. The fans who turned up saw a good game, we’ve come away with the three points and hopefully we’ve turned a corner now. We want as many fans to be coming through the gates as possible. It’s our job to get them through the gate with the football we’re playing and the results we get.”

“It’s all about us, and we’ve come away with the three points in the end,” he added. “Danny [Grainger] has just come back into the team and he’s showed his quality. As I’ve said already, he got the armband back because that’s the character he is.

“Obviously we had a Kelvin [Etuhu] added to the injuries, but we don’t complain about that. Every team gets them, and that’s when you have to look to the players who come in to step up.

“What I will say is that Kelvin has been fantastic. Our aim was to get him to play more games this season than he has done for a long time, and we got to that point. He’s picked up a little hamstring problem so we think he’ll only be missing for two or three weeks.

“This is the type of game which would have been ideal for him. He’d have liked to have gone up against that midfield, so hopefully he’ll come back quickly and bolster the squad.” 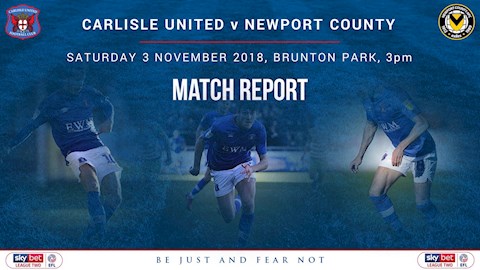 “George [Glendon] hasn’t had as many starts as he would have wanted but he came in and covered that role,” he commented. “You could see that he lost his legs a little bit. He did well, so it shows that we have good players who are waiting to take their chance.

“It’s important that people do step up when needed because we want to get some momentum going, particularly here at home. We know we can beat any team in the league if we play the way we know we can, but it’s up to us to find the consistency in doing that.”

Next up for the Blues is the trip to Crewe at the weekend as the first round of this season’s Emirates FA Cup kicks off at Gresty Road.

“That’s a game we want to do right because we want to progress in every competition we play in,” he said. “It would be nice to be able to change things round a bit, but we could be restricted in selection because of the situation with the loan players and injuries.

“We only have Regan Slater with permission to play at the moment, so we’re down to the bare bones again. That’s the way it is, we’ll go to Crewe and try and win the game and make sure we get through to the next round.

“We’re talking to the parent clubs of the loan players, so we’ll just have to see how that goes in terms of getting them the correct permissions.”


United’s home game against Port Vale on Saturday 17 April will now kick off at the earlier time of 12.30pm on that day, following consultation between the clubs.