We caught up with United’s assistant manager and head of recruitment Lee Dykes to talk about the Tuesday afternoon reserve win over Fleetwood and the final day of the January transfer window.

“It’s always a decent game with Fleetwood because they’re a good club and we have good links with them,” he said. “I used to work with Paul Murray at Oldham, so whenever we get an opportunity it’s a fixture that works for a variety of reasons.

“The game was a good test for both teams in the end. From our point of view, we had a few players who needed 90 minutes, and this gave them the opportunity to do that. I thought the young lads who came in were excellent and that was also good to see.

“We’ve had a couple of very young lads training with us for a couple of weeks now and they’ve shown good ability in training. Some of the second years have shown what they can offer, so that was another tick in the box.

“Make no mistake, we have a couple of young lads in the building who have big futures. These are the games where they can show they have the determination to say ‘yeah, I am ready’ to the manager.

“Simply in terms of getting minutes for the senior players, this game got that into their legs. That’s important when you look at the run of games we have coming up.”

On the opening goal of the game – a precise lob from striker Richie Bennett – he said: “I told him to chip it, I don’t know if you heard me?

“He’s got ability, and we were saying on the sidelines that if he’d done that on the main pitch [in a league game] it would probably bounce, hit the crossbar and drop into the goalkeeper’s hands, because that’s how his luck is going at the moment.

“That will have done him the world of good, and the other good thing is that every first team member of our squad who played in this game came out of it with something. The lads did things properly and they know the benefits of that.

“The manager was here, and actively involved, and that gave them a boost as well. When he’s here they know it’s an opportunity to stake a claim for the next game day.”

On the trialists, who made a second half appearance, he told us: “We were looking at one as an immediate option, potentially, and one for going forward into the summer. We do always try to be proactive and we use these games when we can to look at these players.

“We don’t let the decisions we make on them linger because geographically it’s difficult to get here for some of these lads. If there’s anything going forward, we’re honest with them, and, if not, we wish them good luck.

“We haven’t quite been able to get as many games on as we would have liked in the last two months and that’s why it was good to get this one the go ahead. We have players who want to get into the manager’s eye because it does feel like a long time when you’re not playing football.”

Speaking about the transfer window, which is now into its final day, he said: “We’re still very active and we’re working extremely hard.

“I’d love to be able to talk about the targets we’ve had, those we still have and all the business that’s happening around the club, but what I can tell you is that my phone won’t be away from my ear.

“We’re hopeful that some things will happen – but do we need it to happen? No, because we have a very competitive squad.

“We saw against Fleetwood that we had 15 players out there who aren’t in our first team, and they all put in good performances. That’s what we need to see.”

Click HERE to watch an interview with Lee Dykes on iFollow United now. INTERVIEW: I went through the full range of emotions


Attacking midfielder Jamie Devitt arrived at Brunton Park on Thursday morning feeling like he’d never been away having made the switch from Barrow on deadline day with just a few hours of the window... 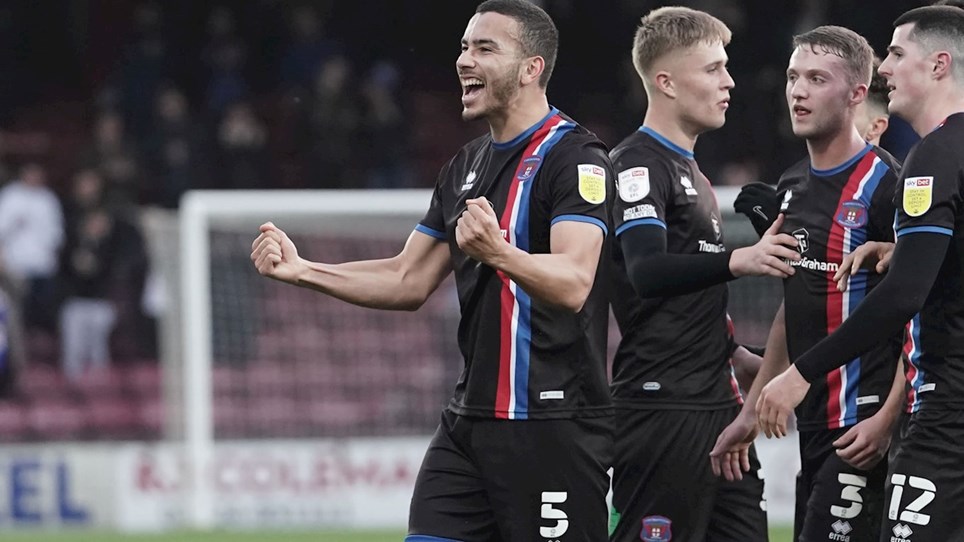 INTERVIEW: It's a great feeling


Defender Rod McDonald’s 40th minute winner at Scunthorpe on Saturday was close to six years in the making with his last goal – part of a 4-0 away victory for Northampton at Leyton Orient – a...