With the January transfer starting to become one of the main talking points away from a match day manager John Sheridan confirmed again this week that initial talks with his players, and those out of contract, had gone well as he starts to consider his options for the second half of the campaign. 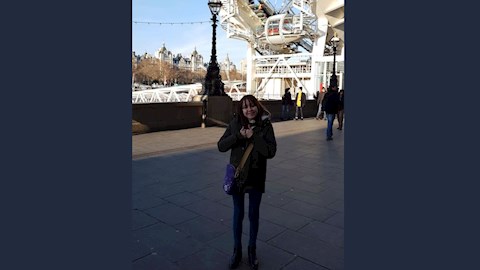 WE MADE A DREAM COME TRUE: Jigsaw youngster gets to see the sights

“I’ve spoken to Louis Gray and Anthony Gerrard, and both of them want to stay,” he said. “Hopefully that means both of them will be signing.

“The loan players are the same, which I’m pleased about, so I just need to make decisions now on what the best way of going about it is. I’ll be looking at strengthening if we need to strengthen, and that’s where a lot of my focus will be.”

“Jack Sowerby is here until the end of January, so that’s one where there isn’t such a rush,” he added. “With the others, we’re talking to respective clubs. Hopefully we can get things sorted with those we’ve spoken to.

“Everybody knows the situation with Nadesan, but I’ll still be chasing that up to see what’s actually going on. I’m on the case now with doing whatever it is I need to do with all of these players. We want to stay strong as a squad, with so many games coming thick and fast, and that’s why I want as many people as possible available.”

On Morecambe loanee Adam Campbell, he said: “Adam is like a few players who are here, he needs to be playing football.

“Whether you believe me or not, I find it very hard leaving people off the team sheet. They all want to be playing and that’s why they train hard all week.

“I try my best to give all of them a little bit of hope that they’ve got a good chance of playing. I don’t isolate people or push them out to the sidelines. I want everybody to feel they’re a massive part of the team, but Adam’s on loan and he needs to be playing more football.

“I think he’s a terrific little player. He’s very intelligent in the way he plays, but he’s just had one or two people in front of him. Whether he stays here or goes back to his parent club, he needs to be playing every week because I think there’s a good player in there.”

“The good thing for me at the moment is that I had 23 players training on Friday,” he commented. “I’ve said all along that when we have everybody available we’re a decent squad with good options.

“It’s about people fighting for places, and we’ve had good results with some of the more experienced players missing. I don’t particularly look at who is available, I just want them all fighting and thinking they have a chance of being involved.

“There are no favourites, I think the players will tell you that. I’m not frightened to swap people round if I feel as though that will get us a result. That’s why I want everybody fit, because it does give you options and different ways you can approach games.”