We had a huge amount of fun at our annual Junior Blues Christmas parties on Wednesday with just over 160 children in attendance between the ages of 4 and 11 years old.

The youngsters got to meet and play games with their favourite players, with plenty of laughter as the first team squad members took centre stage throughout the activities.

Our Junior Blues were split into teams on arrival at the Shepherds Inn [a huge thank you to them for hosting the event] and the focus was then on smiles as the games began in earnest.

Players were dressed as snowmen and Christmas trees, using toilet rolls, tissue paper and actual festive decorations, in timed competitions with everyone’s favourite – sweets – up for grabs for the winners.

And, of course, we had to have some football-based fun with a very enjoyable interpretation of chase the rabbit.

Midfielder Jamie Devitt said: “We all had a great laugh and that was down to the kids. You could tell what it meant to them to be doing something like this with the players and it was nice to see them have such a good time.”

Second-year professional Jack Egan said: “These parties seem to be getting bigger and better every year. It was quite funny when the teams for one of the games were being selected and Danny [Grainger] pointed at me and called me Eggy.

“One of the kids shouted “Eggy, like in a sandwich!” and that was it, they all decided they wanted to be with me because I had a silly name. It’s absolutely brilliant.”

Defender Anthony Gerrard said: “I brought my nerf gun to add a bit of excitement, so me and some of the kids were shooting at the other players to put them off. Well, come on, we wanted to win!

“We really do enjoy this kind of event and the best thing about it is the smiles you get from the children. It was a really good night and I’d like to thank all of the Junior Blues for making it so much fun.”

The party ended with a signing session, where the Junior Blues were given free team posters, and a visit from Santa, who gave the children selection boxes to go under their tree at home.

Keep an eye on the official website on Sunday morning  – each child who attended had their picture taken with Santa. Let us know, once you’ve seen the pics, if you would like a hi-res version of the image.


Mascots Connor, Theo, Harry and Reed joined us on Wednesday evening and they got to meet the players and have a look behind the scenes at Brunton Park ahead of the Emirates FA Cup third round replay... 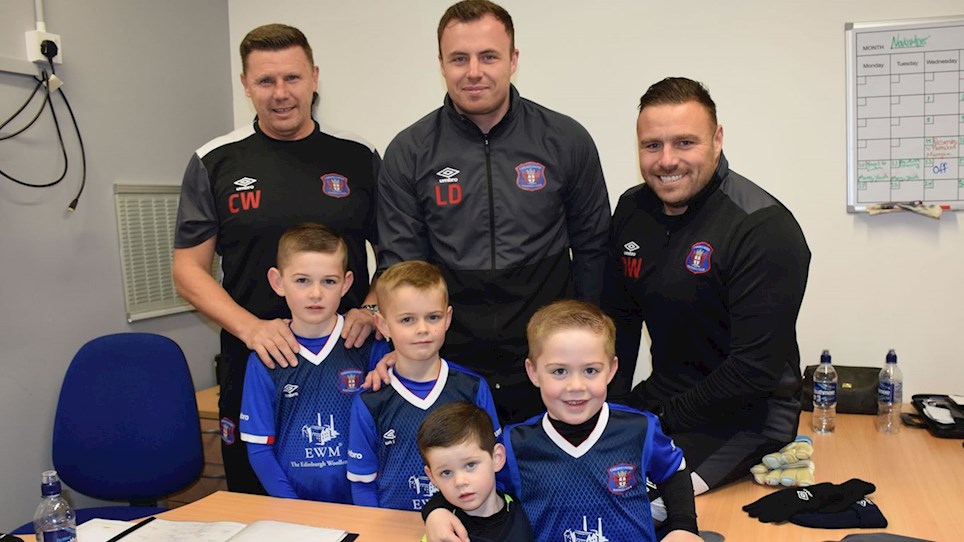 GALLERY: With our mascots at the Morecambe game


We were with our match day mascots on Saturday afternoon as they got to meet the staff, players and chairman as they took a peek behind the scenes. 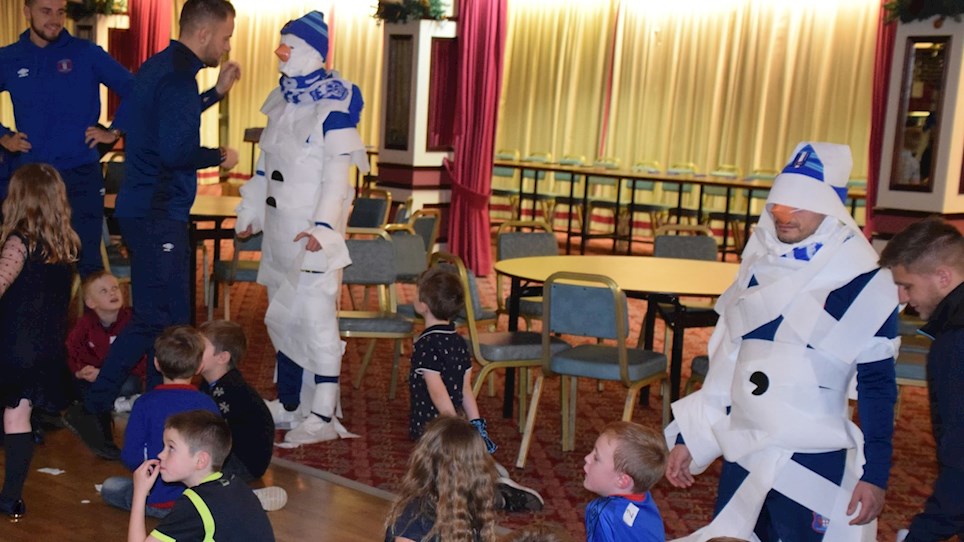 JUNIOR BLUES: The first of our Santa galleries


Our Junior Blues all got to meet Santa at our Christmas party on Thursday night. 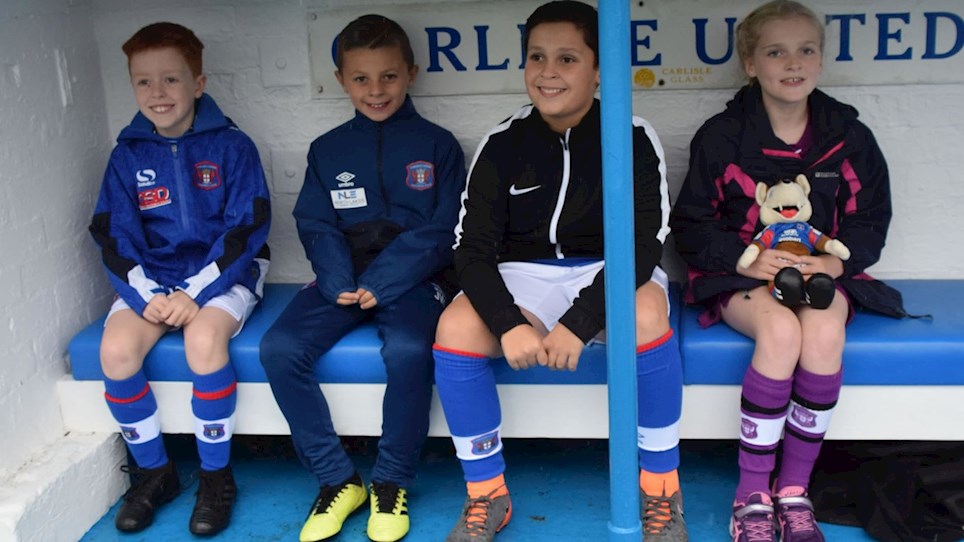 GALLERY: With the mascots on Saturday


A massive thank you to Dylan, Evie, Jack and Josh for braving the terrible weather to be our match day mascots on Saturday.