United face one of the longest trips of the season this weekend as they head south to take on Crawley Town.

The Red Devils have been on a tough run of late, with just one win from their last ten outings in all competitions, giving new manager Gabriele Cioffi [appointed in September] a harsh introduction to life in League Two.

December defeats to Northampton and Macclesfield have done little to lighten the mood, with goals difficult to come by in both of those fixtures. Better news came in October when long-serving captain Jimmy Smith signed a contract extension, but the current run has seen the club tumble down the table, and nobody is hiding away at the Broadfield Stadium from the fact that results are the most important ingredient missing at the moment.

Away tickets can be bought on the night from the ticket office, for those fans who are paying by card. However, if wishing to pay with cash, tickets are available in the Ticket Cabin at the top of the car park, and also in Redz bar. 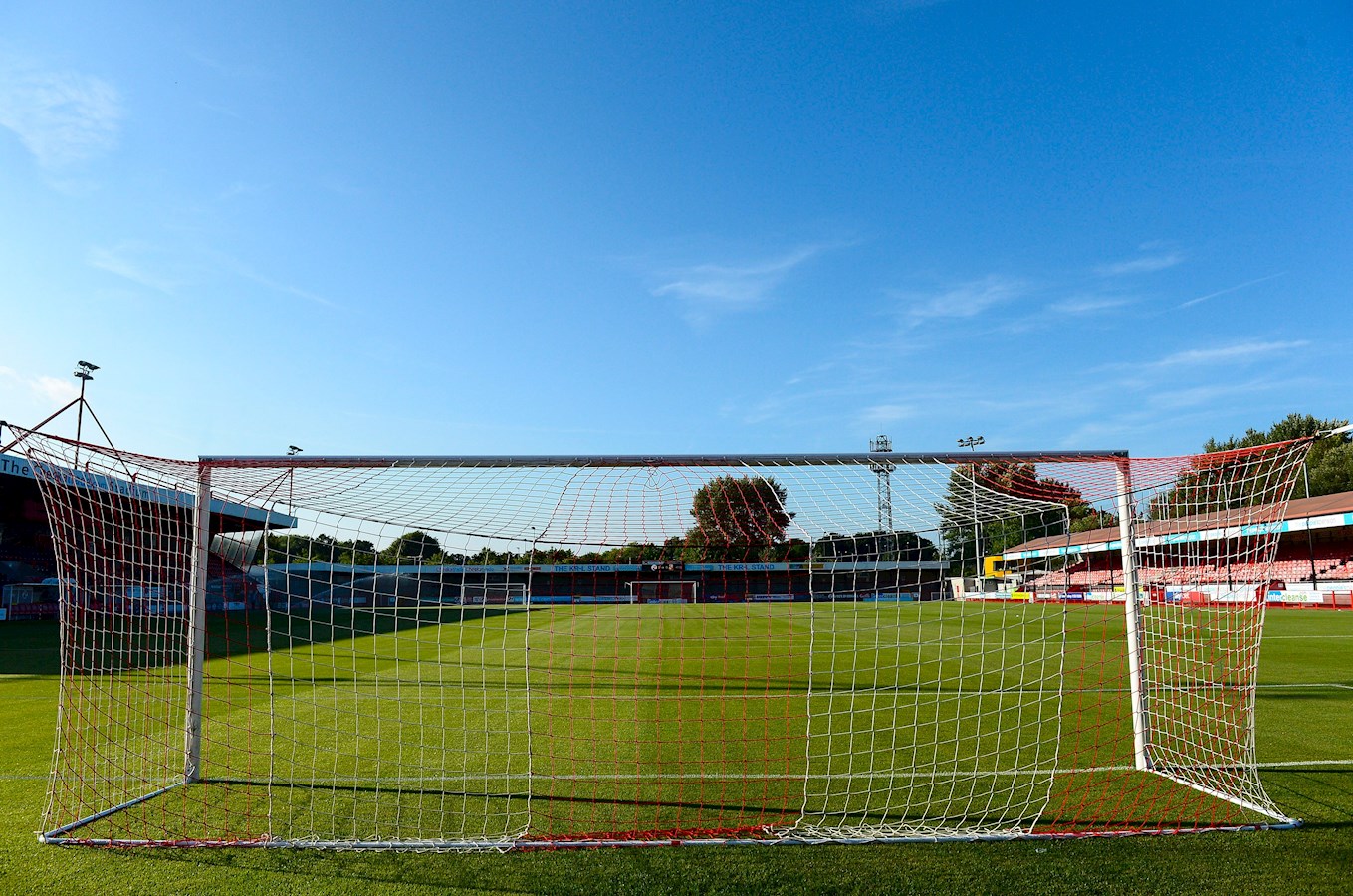 Additionally, we would like to offer Carlisle supporters the opportunity to visit our Redz Bar (situated by our South Stand) before the match. This is open to both home and away supporters and offers a variety of alcoholic and non-alcoholic drinks, and light refreshments.

Car Parking - We kindly ask that any disabled supporter requiring a car parking space contacts us direct, prior to their arrival. We do have a very limited number of car park spaces for sale on the day of the game, but this is on a first come first served basis.

Cars are priced at £5 per vehicle. If supporter minibuses / coaches are booked in with the club prior to the day of the game, they will be free of charge. If not they will be charged at £20 per minibus / coach.

Speaking ahead of the weekend game, the manager said: "The result last Saturday will have given everyone confidence but I keep saying that what we won't do is get carried away.

"We played well, but this is a completely different game. They'll be hurting following their result at Macclesfield and I have no doubt Gabriele Cioffi will be looking for a reaction. That's why we can't lose concentration.

"We have to take every fixture and opponent on their merits and Crawley have had some good results this season. They're another side who can beat anybody on their day but we know, as we've shown on a number of occasions, that we can match any team in this division when we're on our game.

"It's a long journey, but we'll prepare properly and we'll make sure the lads are ready for what will be a tough encounter. Hopefully the confidence picked up from the clinical edge we found against Colchester will stand us in good stead."

+ Crawley managed to stay in the Conference despite receiving point deductions in three of their seven seasons in the league.

+ The Red Devils reached the Fifth Round of the FA Cup in 2010, where they were narrowly beaten by Manchester United at Old Trafford.

+ Sean O’Driscoll was appointed Crawley manager in 2012, but left after only four days to take over at Nottingham Forest.

These sides have met on a total of 12 occasions over the years, with the Red Devils having only notched up two victories to their name thus far.

We went to Crawley in September last season and, having weathered an onslaught through the first half, where the Red Devils created numerous chances, we struck after the break when Nicky Adams curled a beauty of a cross to the back post. Hallam Hope lost his man and thundered a great header into the back of the net. It was ultimately the goal that won the game.

Back up at Brunton Park in March and the Blues opened the scoring with a thundering and unstoppable volley from Richie Bennett from the angle of the 18-yard box early in the game. United doubled their advantage in the second half when a scramble inside the six-yard area was finished off by a header from Hallam Hope. Karlan Grant wiped the smiles off home faces when he drilled a shot in from just inside the area a few minutes later, and the same player earned his team a point when a 20-yard shot somehow squirmed past keeper Jack Bonham with just under 10 minutes left to play.

Our referee for this game is Mr Nicholas Kinseley. Mr Kinseley has been in charge of 13 games so far this season showing 37 yellow cards and two reds.

We last saw him in March this year when a Jamie Devitt penalty earned us the three points at Whaddon Road. The Blues deserved the victory, but a tense affair saw Mark Ellis, Richie Bennett, Luke Joyce and Jamie Devitt go into the book. Both sides had late chances to score, but the Blues dug deep to see it through.