United boss John Sheridan added centre back Anthony Gerrard to his squad ahead of the transfer deadline this afternoon having been in pursuit of his signature for a number of weeks.

“It’s taken a while to get him, but I’m pleased,” he said. “He was always my first choice and the one I wanted. I don’t talk much about that before a player is signed because there are too many occasions when it goes wrong.

“I think he’ll be a really good signing for us. I know him, I know what he’s all about, he’s a leader and a competitor. He talks, he’s very vocal, he’s experienced, and he’s not frightened to say how he feels out on the pitch.

“That’s something I think we’ve been lacking. I’m pleased to get him and hopefully he’ll come in and help us to get a few results.” 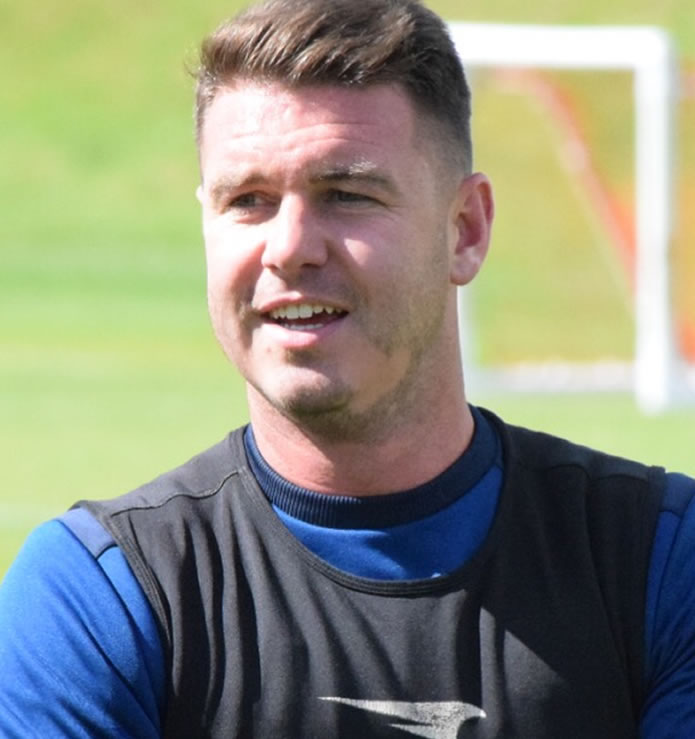 On why it’s taken a while to get the worst kept secret of the summer over the line, and the reasoning behind it being a six-month deal at this stage, he told us: “It was the politics and the situation with Oldham, but I don’t really get involved with all that.

“It’s done now and the length of the deal means if he does well I’ll be working my socks off to try and keep him. He wants to come here and play football, he knows me, and hopefully he’ll add to what we’ve got.

“He was a Championship player not so long ago so it’s good that we’ve got him. I’m hoping the other players will look and see that a very good player has signed for us and it’ll give them a lift.”

Speaking more about that commanding presence that he brings to the mix, he commented: “You can help people to be where they need to be on the pitch just by using your voice but unfortunately, at this level, and I think it’s across football in general, you don’t tend to get that type of player.

“We need someone like that in the team. You don’t want to hear the manager’s voice all the time. I want players getting a grip of each other more and hopefully, with him as an example of that, it will stand us in good stead.”

Some of the big defender’s best recent football has come when he’s been working under John Sheridan, and the manager explained that mutual respect has played a big part in that being the case.

“You get the best out of him just by keeping on top of him,” he explained. “I think he respects me in that way and I respect him, but he knows I won’t be frightened if I need to tell him.

“He has to work hard to get into the team first and, if he does, I expect him to be nice and loud.

“He hasn’t played too much football recently. He’s been training but a match situation is totally different. We need to get him up to date with that.”

As for Saturday and the game against Northampton, he said: “He’ll be involved but he won’t be starting. I think he’s still got a bit of catching up to do, but we have four games in ten days coming up and he’ll be involved in some of them. Technically he’s a very good player so he just needs a bit of sharpness and match time.”