Carlisle United were at Pennine Way school on Friday morning to help the staff and children say a special thank you to Mid Day Supervisor Linda Ivison as she moves into retirement after 22 years of loyal service.

Blues fan Linda, who had no idea that the United squad had been invited, was in the main school hall for morning assembly with governors, teachers, friends and schoolchildren gathered together to present her with flowers and presents on her final day, when the manager and his players walked in.

Linda said: "I couldn't believe it when everybody walked through the door. It was such a lovely surprise.

"I can't thank the school and Carlisle United enough for doing this for me. It's something I'm going to remember for the rest of my life. I've loved my time working with the staff and all of the children over the years and it does feel very emotional to be saying goodbye.

"I'm going to spend a lot of time with my grandchildren now but I'm sure I'll be popping in to say hello every now and then."

Headteacher Sue Blair said: “Linda is part of the foundations of this new building and without her there are going to be so many holes which will be so hard to fill.

"For Keith and his team to make things so, so special for Linda in this way - it's impossible to put into words what it means to us all. The whole school has been buzzing all day and you could see the magical looks on the children's faces when they realised that it was the real Carlisle United.

"They were hugely excited that our school had been chosen, but more importantly that it was for someone they really do love. It was an amazing way for us to be able to say thank you to Linda because she's such a special person.

United boss Keith Curle said: “I’m not a big user of Facebook but I was contacted on there by Sue to see if I would be available to pop along to help them to thank Linda for her 22 years of loyal service.

“It was her last working day before starting her retirement, so I decided that rather than just go on my own, I'd take the whole squad with me to make it even more special.

“This is a local lady who has served her community admirably and I honestly think this was the least we could do. She’s a huge Carlisle United fan and the look on her face when we all walked in was amazing.

“Quite a few of her colleagues and some of the children were reduced to tears by her reaction and it was a pleasure and an honour to be there.” 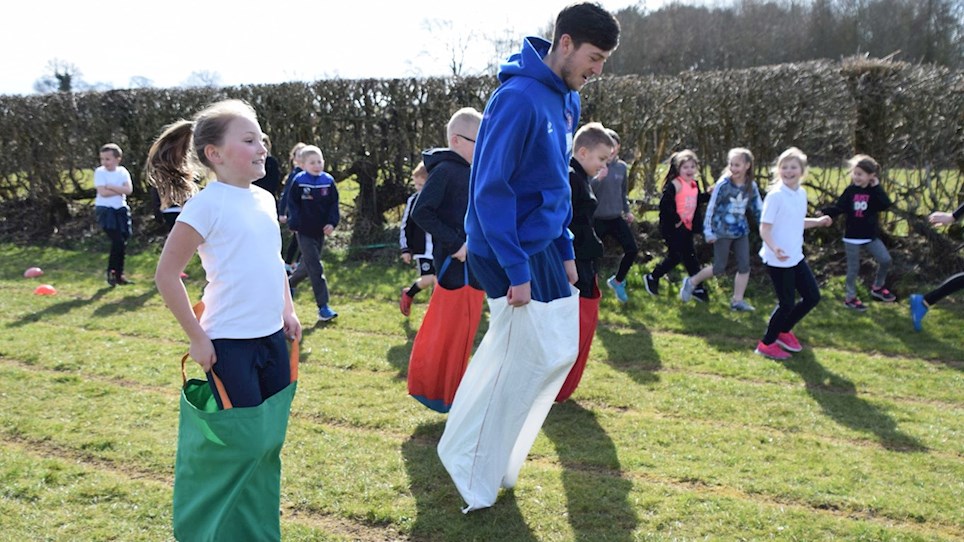 
All 72 EFL Clubs came together on Tuesday for the EFL’s Day of Action to demonstrate the positive impact football can have in changing young people’s lives.