Former-Centre of Excellence graduate Gavin Skelton returned to the club where it all started for him this week as he joined United as our new Professional Development Phase Coach.

Speaking about his new role, he said: “I’m really pleased to get this opportunity and I’m pleased to be at this club and getting started on a new challenge. One thing you want to do as a coach is develop young players and that’s where I really believe my skill set is.

“It’s also a good opportunity to develop myself as a coach as I get to work with some really talented youngsters. Hopefully I’ll be giving them every opportunity to make a career in the game, because that’s what this role is all about.”

“It’s one of those job titles where you have to look it up to check what it means,” he joked. “As I say, I’m just really pleased to get the opportunity and to be in here and getting started.

“As well as working on the development of young players, it’s also a good opportunity to develop myself as a coach as I work with those really talented youngsters. Hopefully I’ll be giving them every opportunity to make a career in the game.

“The good thing is that I’m used to working with young players. Even when I was working as a manager up in Scotland I was known for giving youth a chance and I’ve always really enjoyed that side of it.

“When you get players who are quite young you really can influence them and help their playing styles. For me, it’s about creating the right kind of environment so they can progress as people and as players, and I’m looking forward to helping Darren to bring that to the club.”

A local lad with strong club connections he also admitted that his affiliation with the Blues has brought with it an added edge of excitement as he moves into his new job.

“With me being a local lad and having come through the system and, without wanting to sound too corny, with also being a fan, it would be fantastic if I was able to produce players for the manager,” he commented. “Within that you know they have to be up to a certain standard, so we’ll never do it for the sake of it, but it’s something we do want to achieve.

“Players have to be good enough to move into the first team environment so hopefully, over time, we’ll be producing the right type of individuals who will every chance of taking that on.”

“I think it helps that I know quite a few of the staff here,” he added. “Dave Wilkes was actually my youth team coach when I was here as a boy, so I don’t know if that says how old he is or how old I am!

“Aiden McCaffrey was my coach when I was nine and we used to train in the Neil Centre on a Monday night. It only seems like yesterday but it’s close to 30-years ago now. Overall it’s just really exciting to be back here.

“I’m quite level-headed usually but even my wife has told me that she can see I’m really excited about the job. I’ve got the bounce back around the house, according to her, so it definitely is good to be back here.

“It feels like I’m in an environment I know and with it being a full-time position it’s something I can get my teeth into. I was fortunate that I could have had a couple of other offers I could have gone for, but this is the one I felt really passionate about.

“I hope the experiences I have in management and coaching will stand me in good stead. A big factor in a club becoming a real part of the community is when you’re producing your own players.”

And on the group of players he’ll be working with next season, he said: “I’ve watched some of their games because you want to do your background as much as you can. Doing that has allowed me to start to get to know the players I’ll be working with.

“It’s definitely going to be a challenging job. Only time will tell whether or no I’ll miss forst team management but, even though I keep saying it, I do enjoy giving young players an opportunity and helping to develop them.

“Hopefully when the lads we work with leave here they’ll go with a contract but, if not, they’ll be better people for having worked with us. That’s where my focus is right now.”


United had the relatively short hop to Accrington on Saturday morning and they made it back-to-back wins in what was a scrappy encounter.

GALLERY: Images from the youth victory over Port Vale


Goals from Dylan Garvey (2) and Sam Fishburn earned the young Blues a victory over Port Vale at Creighton on Wednesday afternoon.

YOUTH: A good result, but we can be better


The under-18 side got back to winning ways on Wednesday afternoon with a solid performance against Port Vale, with goals from Dylan Garvey (2) and Sam Fishburn enough to secure the hard-fought... 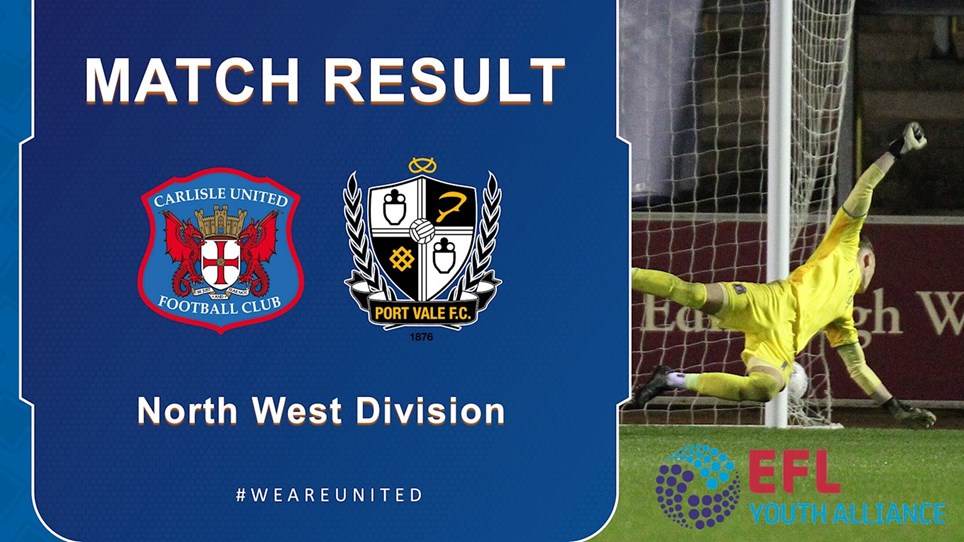 
The under-18 side were at home for their rearranged game against Port Vale at Creighton on Wednesday afternoon.

INTERVIEW: It feels like we're right on the edge of it


The post-match ‘curry shot’ has become as much a part of the social media match day experience as the team line-up announcement or the coverage of the build-up, but it went to another level following...