Keith Curle ahead of the trip to Colchester

Manager Keith Curle spoke to us ahead of the weekend trip to Colchester about what he expects to be a good game.

“We go into the weekend looking for a reaction to the disappointment of the result on Monday,” he said. “The pleasing thing is that having watched the Grimsby game back we can see we had good opportunities to get something out of it. I spoke to their management staff at full time and they didn’t see it as a 3-1 victory either. They were more than happy to get off that pitch.

“The lads know they let three points slip out of their grasp on Monday. We made some poor decisions in the second half and ultimately that’s what cost us. What we need to do now is make sure we learn from our mistakes as we go on from here.

“I put a lot of demands on this group because I don’t like losing any game. Every time we got out there I expect us to win and, if things aren’t going our way, the very least I expect is a draw. Overall we’ve managed that this season because we’ve been very good.”

“Colchester are in a good vein of form and I have to say that I was slightly surprised to see them where they were earlier in the season,” he commented. “They’ll have been disappointed with that but they’re starting to click now. They’ve changed their formation and they’ve got a style of play which suits them.

“They’ve been getting results based on that formation so it’ll be a very good test. Both sides are full of confidence but we go there knowing we’re in third place because we’ve earned the right to be there. That’s what we’ll focus on and we’ll be looking to continue the good work we’ve done.”

“As I say, Colchester are using a different formation than they were when we faced them at home,” he commented. “They’ve been playing a 3-4-1-2, which is suiting them, and they’ve been able to rotate their personnel within that as well.

“They’ve got good attacking wing backs and they’ve got some experience defensively. It will be a good test for us. The challenge for us at the moment is whether we match them up, slightly change our formation to make us more solid, or do we get on the front foot and say ‘we play 4-4-2 so come and deal with us’.

“I think it’ll be a good game to watch because you’ll have two teams who think they can win the points. We’ve shown that we don’t fear anybody and I know these players will be looking to put in another good performance.”

One area he highlighted for improvement following the Grimsby game was to tighten things up in the defensive third by cutting out as many mistakes and individual errors as possible.

“We need to cut out the silly mistakes, but that will come,” he insisted. “We’re still a work in progress but the good thing is that we aren’t letting goals in because of technical or tactical reasons.

“It’s down to individual decision making and you’re going to get that. I see mistakes in the Premier League, made by players who are internationals, and I wonder what they were thinking.

“We’re no different with our League Two players, so my job is to recreate those scenarios to get them making better decisions at the right times. Importantly they’re all very responsive to the information we’re giving them. They were also extremely disappointed to have lost and if they could have played their next game today, they would have done just that. They just want to be back out there.

“It’s really easy to manage a football club when you’re winning games, the key is what happens when you lose. I have to say, to have 6,800 fans there was excellent and that’s us getting near the figures I think this club could have on a regular basis.

“When you have that inside Brunton Park it makes for a very good atmosphere. We didn’t get everything our own way but we showed enough that there’s good intent there, and it’s good to see the fans coming back.” 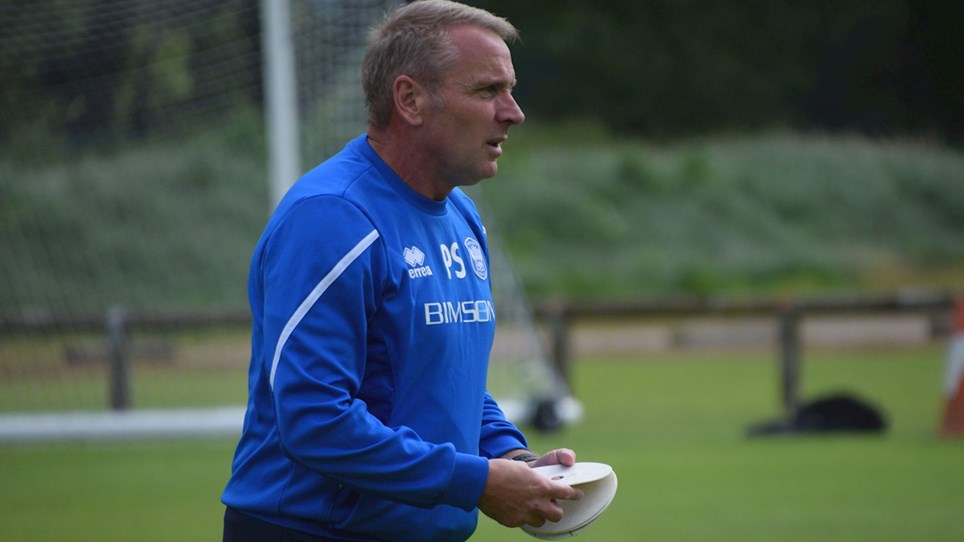