Keith Curle on the arrival of Gary Liddle

Manager Keith Curle spoke more today about the addition of long-term target Gary Liddle to the squad as he continues to look for more additions to the squad.

“People see that the window is open and they say we should fill the changing room with different skill sets,” he said. “All I’d say to that is you can fall foul of bringing in too many people with the wrong character for your particular changing room.

“Sometimes you’re in a situation when you need players to come in and shake things up a bit. That isn’t where we are because all we need is a little bit of enhancing. That’s what we’ve done with Gary [Liddle] and he’s a player I think will help us to get more out of what we’ve already got.”

“There’s a buzz around the changing room already since he walked through the door and I think that does happen, especially with the standing that Gary has got within the game,” he explained. “He’ll have played against some lads and he’ll know some of the others. It’s been hinted at in the local press that we were interested in him for a while now, so our players will be looking forward to seeing what qualities it is that he brings.

“We’ve had to create a little bit of wriggle room but we've worked closely with Nigel Clibbens and Suzanne Kidd on that. There could still be more movement, and some players have been told today that because of Salary Cost Management they will be made available for loan.

“If somebody comes in and a move suits them – be that for the short, medium or long term – they’ll be heading out in the other direction as long as it also works for the club. I’ve had to work closely with the club but I’m constantly in touch with Nigel Clibbens in terms of being kept up to date with where I am, what I need to do and what I’ve got available.

“Sometimes you can overspend, so you have to work to bring that back in line. That’s the case right now and the club have had to speak to the chairman to get his approval. I’ve got to say a massive thank you to him. Make no mistake about it; this wouldn’t have been able to go through without the assurances from the chairman.”

When asked if he was close to being happy with the squad at his disposal, he said: “We’re a continual work in progress. Part of the job for the management team is to always be looking for improvement.

“We cover thousands of miles to watch games and players and we also pick up movement patterns, passages of play and set pieces. We’re always on the lookout for the next level and the next step.

“On a daily and weekly basis we’re consistently looking for improvement and looking at whether players can take us to the next level, which is where we want to be. To do that some of the players have to maximise what they’ve got in every session and in every game. They know they need to be performing and I think it’s a good environment to be in. It’s a testing and demanding environment which will ultimately lead to success.”

Speaking about the five players [Mark Gillespie, Danny Grainger, Luke Joyce, Jason Kennedy and Michael Raynes] who have been offered new deals, he said: “I’ve outlined the offer to the players and it’s now down to them and their representatives to speak to Nigel Clibbens directly.

“He has that direct line into the board so they can sign off those deals. They are competitive offers which are very much in line with what we’re trying to create at the football club. They’re incentive based contracts whereby if the players are playing and performing, alongside the club doing well, they can earn money.

"That’s how I think things should be done and hopefully they’ll want to stay on board and play their part in bringing the success we all want back to this club.”


Caretaker boss Gav Skelton confirmed at his Thursday morning press conference that a difficult start to the week had given way to an increase in intensity as the players dusted off and knuckled down... 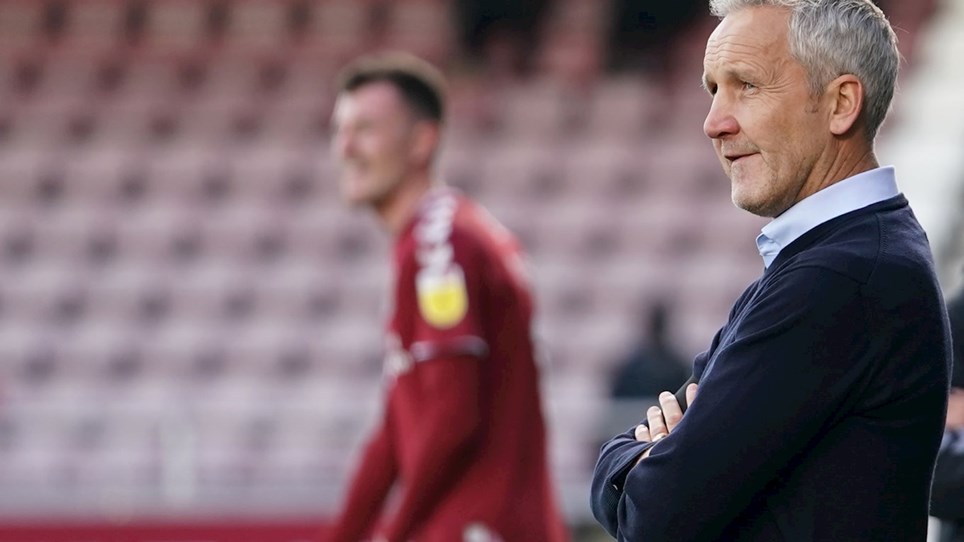 
All of the work done this week is with one thing in mind, and that’s the first-round Emirates FA Cup meeting with Horsham FC this coming Saturday. 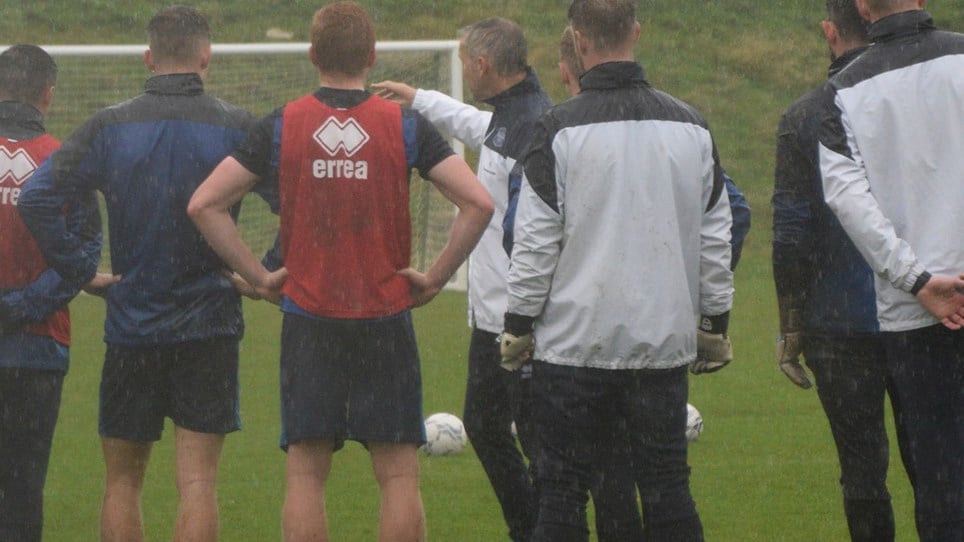 MANAGER: Freedom to go and play


United’s new boss Keith Millen takes charge of his first game at the Sixfields Stadium tomorrow afternoon [kick off 2pm] when he takes his team up against high-fliers Northampton Town, who are looking...