Goalkeepers Morgan Bacon, Jack Bonham and Shamal George visited our summer soccer school on Thursday morning and they received a fantastic welcome when they walked through the door.

The players were asked questions about their height, as well as which teams they support, which caused some amount of reaction when Shamal revealed that he's a Liverpool fan.

Best of all was when the youngsters lined up for a team photo and a spontaneous chant of 'United, United, United,' erupted - and we're pleased to say that the players joined in when they were prompted by the back row!

Community Sports Trust manager John Halpin said: "It's always fantastic when the players come along to see the children because it makes the day extra special.

"The keepers were superb and it was a good moment for Morgan Bacon when he was greeted by a young supporter who'd had his hair cut in the same style.

"I'd like to thank Jack, Shamal and Morgan for giving us a bit of their time and for helping us to put a lot of smiles on the faces of our soccer school players." 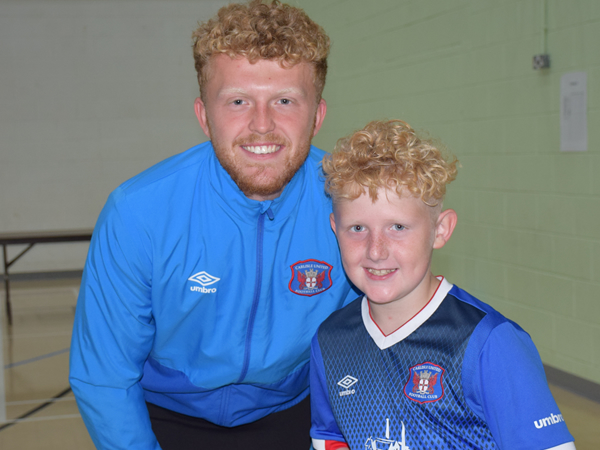 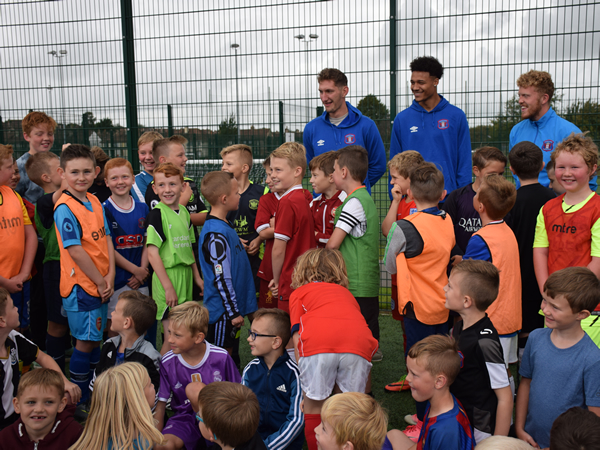