Carlisle boss Keith Curle confirmed at his Thursday press conference that he is still on the lookout for new additions to the squad additional football fortune adds money to the transfer coffers.

“I’m also aware that I’m part of a business and organisation which needs to show good housekeeping and which needs to pay its bills and balance the books as and when that requirement is there.

“Decisions have to be made on when to put finances towards issues at the football club, particularly if the health and safety of our supporters is at risk. We’re not in a position where we can sweep things under the carpet and if certain issues do get pinpointed they need to be addressed.”

“That’s why sometimes it’s about prioritising how we use the money available,” he continued. “I’ve had numerous conversations with the stakeholders at the club and we’ve spoken about the problem that’s come to light with the roof on the EWM stand.

“It’s one of those unforeseen things but it needs to be fixed and, as with anything like that, it costs money. With it being the roof of a stand where supporters like to sit the club would become responsible if something went wrong, so it has to be dealt with.

Speaking about the funds available in the transfer kitty, he said: “It’s an ever-changing number with things like the Carabao Cup money adding to it as we go along.

“The potential of a bigger crowd against Sunderland creates football fortune and my job at the moment is to enhance the buzz that’s around the football team with a good performance on Saturday.

“If we get that it could overspill into a bumper crowd on Tuesday, and that will mean there’s more money for us to use to strengthen the squad.”

“All of the management staff have been out to watch games at Sheffield Wednesday, Sunderland, Rotherham, Man City, Bristol City, Swansea and Cheltenham this week,” he told us. “We’re scouting players we can add now and also those who will potentially be available in the future.

“It can be interesting when you’re at a Man City game and you see the squad numbers going up to 94 and 95. That’s a lot of resource so you have to look to see if there’s anything you can tap in to.

“We have a small squad so we’re always looking for the right type of player. There’s still room for me to be creative within what we have, if I decide that’s what I need to do. In other words if one player coming in can be balanced by one going out, that’s what I’ll do.

“At the moment we’re targeting players who are affordable and who will integrate in terms of the character and type of person they are. We’re still actively looking and in my mind I’ve prioritised three positions.

“We’re at the stage where we’re talking to the representatives of one player to find out their level of interest and to see where they’re at. That gives us an indication of whether or not the agent feels his lad needs to be playing games.

“If he does then that’s the message he’ll transmit to his player and we can take it from there. It’s all well and good being player number 87 at a fantastic club – but you are just a squad number. Every player needs competitive games.”

“I do believe that an addition of players at that point can have a really positive impact. That’s something we hope we will be able to do better this time round.

“In the mean time we’ll continue the work we’re doing and if the right deal comes along for the club we’ll make it happen.” 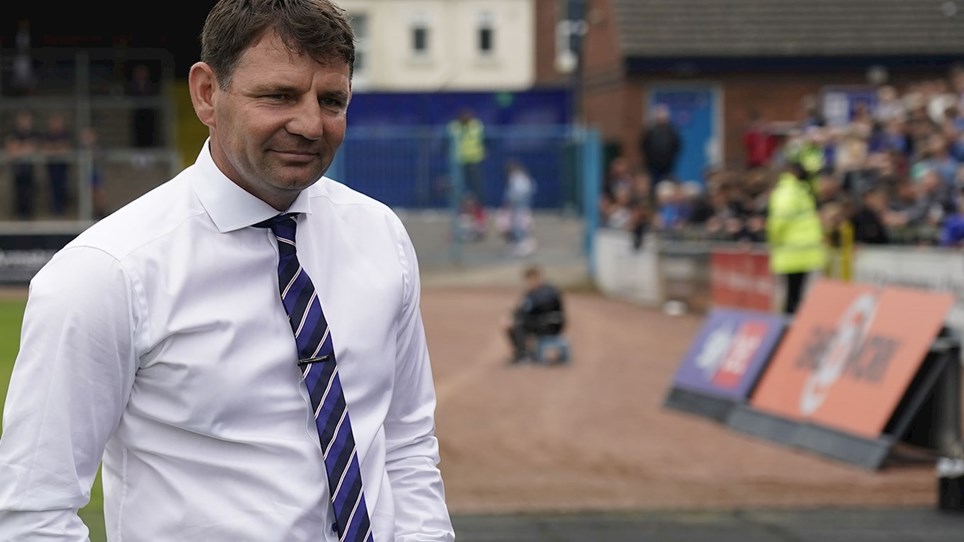 
It’s almost a given that a closed transfer window will mean a prod in the direction of the manager about trialists and free agents at his weekly press conference, and it was no different this morning...